Baltimore Pop Punk giants All Time Low made their triumphant return to Belfast last night. Performing once again in Belfast's Ulster Hall, the band again proved after 15 years together, they are showing no signs of slowing down.

The first band to take the stage were Waterparks. Hailing from Houston Texas, the band's own electronic take on the pop-punk format was some what admirable, the band presented their clean cut hooks and verses to the crowd, definitely ending the set have won over a good part of the room. 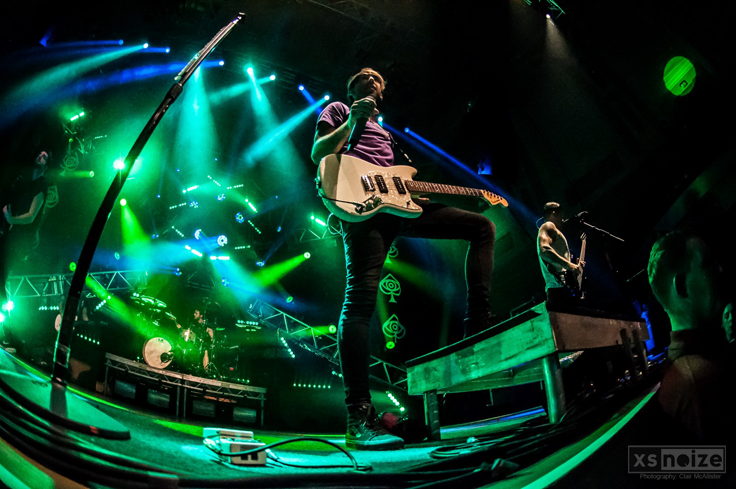 The band didn't have a bass player and were playing heavily to backing tracks. Personally I think this made the performance feel a bit lacking as their was a huge amount of electronics and bass parts that weren't being played live. However with the setup they had Waterparks started the night off well and the crowd enjoyed them.

Next up were SWMRS, who I have to say blew me away. It was the band's first time in Ireland and their energy right from the start of their set was incredible, pumping through their songs with a ferociousness that had been missing from Waterparks set. The band were also incredibly tight, especially their drummer Joey who was absolutely fantastic. The band were efficient in really warming up the crowd, and it was definitely great to see that SWMRS reputation had preceded them, as the room erupted when they played their single Miley.

After SWMRS finished, the stage was set up for All Time Low. The crowd below in the standing area were visibly ready to go. A huge black curtain was dropped from the front of the stage to reveal a huge light set up and drummer Rian's kit. 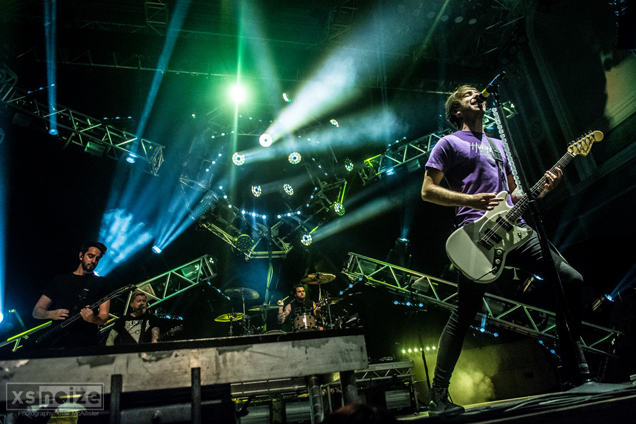 When the lights went down the room exploded in an applause I didn't think could get any louder, but which did as the members bounced out onto the stage. Getting off to a roaring start with the song Kicking & Screaming, All Time Low were giving so much energy, making it look like it was the first night of their current tour, rather than the tenth date.

The four members played a huge 15 song set, rarely slowing down and playing every song that the fans wanted to hear. Playing songs from as far back as their 2007 sophomore album So Wrong, It's Right the band were visibly having a great time playing and it was clear everyone else in the room was having a great time too. 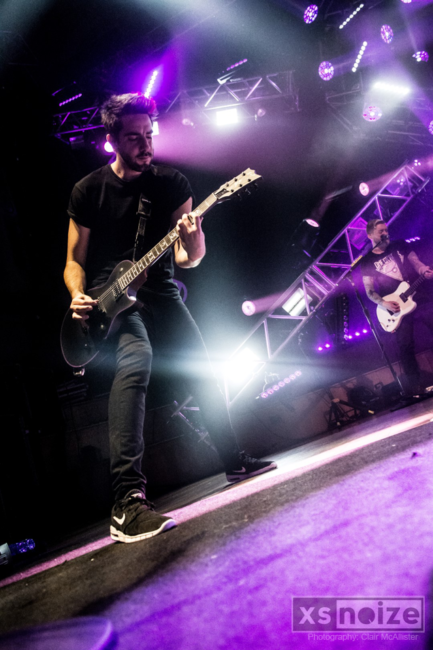 Song after song the crowd were going wild, proving that All Time Low fans are among the most committed, there wasn't anyone in the room that didn't now the words. Tracks like Weightless and Six Feet Under The Stars went down fantastically, as well as the new single Dirty Laundry from their recently announced new album coming out later this year.

After closing with Take Cover the band brought their set to an end, but everyone in the room wanted more. And the band were more than happy to oblige. After a brief moment off the stage, they returned to play the two songs everyone had been waiting to hear. Lost In Stereo was the first of, launching the entire room into a ball of nostalgia fuelled energy it was fantastic. And just when I thought the applause couldn't get any bigger and the crowd couldn't be anymore excited, the night was brought to a fantastic close with Dear Maria, Count Me In. 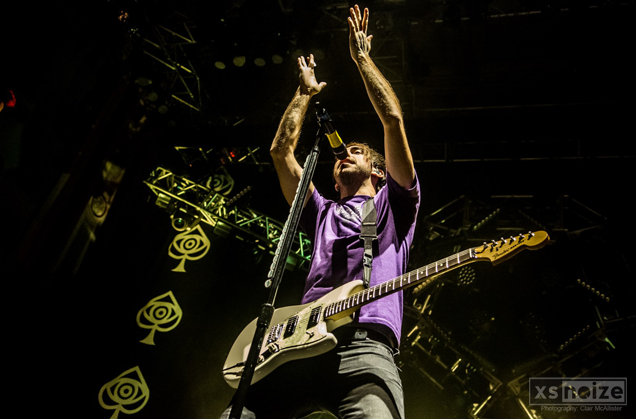 All Time Low's return to Belfast delivered another fantastic set, filled with energy and positive vibes that will definitely be enough for the fans there to welcome them back once again.

Made up of singer Mark Wystrach, lead guitarist Jess Carson and bass player Cameron Duddy, a trio of friends based in Dripping Springs, Texas, MIDLAND is the embodiment of Seventies California country, all smooth Eagles...

Seasick Steve has come a very long way in the 15 years since he burst into the public consciousness with his amazingly raw, powerful and emotional performances on TV, becoming a household name overnight. It...