Kurt Vile’s Speed, Sound, Lonely KV (ep) was recorded and mixed in sporadic sessions that spanned four years at The Butcher Shoppe studio in Nashville, TN. It includes five songs — covers of John Prine and “Cowboy” Jack Clement as well as two originals — and was recorded alongside a cast of local heavies like Bobby Wood, Dave Roe, and Kenny Malone with Dan Auerbach (The Black Keys) and Matt Sweeney (Chavez, Superwolf) tossed into the mix as well.

Most importantly, it features what KV has called "Probably the single most special musical moment in my life” – a duet with the late John Prine on the songwriter’s well-loved tune, 'How Lucky'. Listen BELOW.

“The truth is John was my hero for a long time when he came into The Butcher Shoppe to recut one of his deepest classics with me. And, man, I was floating and flying and I couldn't hear anything he told me while he was there till after he was gone for the night,” notes Vile in a personal statement that accompanies the record.

“A couple nights later we were playing ‘How Lucky’ together again; this time onstage at the Grand Ole Opry on New Year's Eve at the turn of 2020. Nothing like seeing John and his band of musical brothers and family and friends playing into the new decade in front of an adoring audience on that stage in Nashville, TN... and, yup, that's just how lucky we all got that night."

Speed, Sound, Lonely KV (ep) is out digitally on October 2nd. A physical edition will arrive early next year on pink-colored vinyl and CD.

Read a Sweeney-penned essay on the sessions below.

His body left this planet in 2014, but “Cowboy” Jack Clement still brings seekers like Kurt Vile to Nashville to find the wild and mellow musical spaces he created.

Jack was Nashville’s Wizard of Oz. As a producer, songwriter, and mentor he had a profound guiding hand in the careers of Jerry Lee Lewis, George Jones, Johnny Cash, Dolly Parton, Charlie Pride, Waylon Jennings, Kris Kristofferson, Townes Van Zandt, and Kurt Vile’s hero John Prine. Clement’s still-out-of-print ’70s solo album All I Want To Do In Life is a holy grail for KV.

So Kurt asked me to introduce him to Jack’s protege, the great David “Fergie” Ferguson. Ferg is a Nashville studio legend in his own right and the owner/operator/house producer of The Butcher Shoppe, a recording studio he started with Prine. He was also Johnny Cash’s right-hand man and recording engineer. He’s a heavy, to say the least.

I’d told Kurt about meeting Ferg in 2005 when Rick Rubin asked me to play the guitar on Cash’s America V and VI albums. Raised working in Jack’s studio, Fergie is hilarious. He’s very gruff, yet lovable and a unique mix of hillbilly and worldly. He’s the youngest of the Old Guard -- utterly unpredictable and surprising while always maintaining a deep sense of the traditional. I hung on his every word during the Rick Rubin sessions and learned every song he showed me.

In 2006 Ferg called me and said: “Man, you gotta come to Nashville and meet Jack Clement, get with the real guys before they’re all gone.” This invitation was daunting -- my NYC ass certainly didn’t know any “country licks”. He reassured me: “Hell, we don’t need any more country licks. We need something different. Besides, nobody’s really from Nashville ’cept for me and Jack loves weirdos so you’ll be fine.”

So I went and my life changed. Ferg opened the doors to the Nashville I’d dreamed about. I kept my cool on that visit and as a reward he told me I could bring my non-Nashville friends to town so he and I could produce records for them “as long as they got songs and can really hang”.

The friends I brought in became new wild cards for Fergie to shuffle into this magic deck. A lot of recording ensued. Jack Clement was in his twilight years, but burning bright. Jack’s home studio and The Butcher Shoppe were full of musical legends dropping by to pick songs, have a smoke, get weird, tell jokes, and make records. For years.

When Jack died in 2014, Ferg assumed the mantle and kept Jack’s loose-but-laser-focused studio-style going at The Butcher Shoppe with the same gang of musicians that came up in Clement’s world.

And Kurt Vile wanted in on the action.

It took a couple years for Kurt and Ferg’s schedules to line up, but they finally lined up like a motherfucker in May 2016 for a recording of KV's version of the Prine original “Speed of the Sound of Loneliness," among other songs.

Then KV came back again in late September 2016. Ferg booked two more days at the Butcher Shoppe and made another band for Vile, including keyboardist Bobby Wood (Dusty In Memphis, Elvis’s “Suspicious Minds”) bassist Dave Roe (Johnny Cash, Jerry Reed), Kenny Malone (George Jones and the rest!), Pat Mclaughlin (ripping solo artist and Prine's mandolin player for many years) along with me on guitar as a bridge between that gang and Vile’s East Coast freakness.

That first day at The Butcher Shoppe we recorded a cover of Cowboy Jack's "Gone Girl" and a remarkable blissed-out Vile original. We had to finish early, though, cuz Ferg had also lined up a big night: Some more of his friends to join Kurt for a loose evening of live music at The Station Inn, Nashville’s realest music venue.

KV: "It was backstage at the Station Inn where Ferg introduced me to John Prine for the first time. And the first thing John told me was that he heard and liked my version of ‘Speed of the Sound of Loneliness’. I knew Ferg had shown him that recording, but it was wild to hear him acknowledge it to say the least.... meeting him then was a perfect moment to do so, but also comical... I had my daughter Awilda back there with me at that moment -- who was 6 at the time -- and other interesting people were around like Billy Ray Cyrus, who was being really funny and cool... the other big reason I was there in Nashville at that time was to catch Prine's two 70th birthday shows at the Ryman... so to see him a couple of nights before his big shows, warming up on such a tiny stage in a moment when I was sort of "in the scene" was a real treat and a trip... I had to break the ice by asking Billy Ray in front of everyone if he ever heard that Cypress Hill song where they namedrop him, to which he replied ‘no, I never heard it!’"

Our mind-blown and hungover selves returned to the Butcher Shoppe the next day to work a little more. It took another three years before Kurt could get back to mix what we did, but on that return trip, he finally got to record a song with his hero John Prine.

KV: "Probably the single most special musical moment in my life."

Jack Clement was already gone when Kurt first came to town to catch his vibe. Now John Prine is gone and The Butcher Shoppe building has been sold. But the music Jack Clement made is about an energy between people, an unbroken thread. I’m grateful to witness how Fergie plugged Kurt Vile into Jack’s electric mainline of American music that he’d wired and switched on back in 1958. The songs Kurt recorded at The Butcher Shoppe have that continuous electrical charge running through them.

The new Butcher Shoppe Studio is 14 miles outside of Nashville in the countryside and the sound keeps rolling. 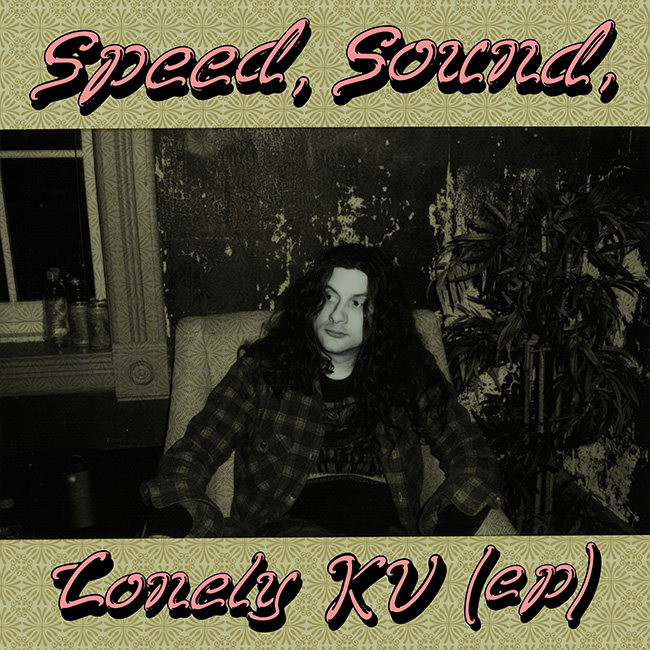 Kurt Vile, one of rock’s most captivating frontmen, guitarists, and songwriters, has announced a Belfast headline show with The Violators (Rob Laakso, Kyle Spence, and Jesse Trbovich) at The Limelight 1 on Thursday 15th November...

Following a summer of festivals including a stand out performance at Green Man, Waxahatchee has announced the third single from the overwhelmingly acclaimed album Ivy Tripp. Album highlight and The Vaselines charged ‘The Dirt’ is...

ALBUM REVIEW: The War on Drugs - "A Deeper Understanding"

The War on Drugs has been a developing sensation in the Indie/Alternative genre since their founding in 2005. Each of their three albums has built upon the success of each prior offering. Their latest album,...