JAMES have announced the release of a new track, RECOVER, taken from their forthcoming album ALL THE COLOURS OF YOU, to be released on 4 June. Recover is available now across all DSPs.

The third track to be released from the new album is the most personal and reflective on the record. Recover tells of the death of Tim Booth’s father-in-law to Covid during the first wave in Spring of last year, the lyrics reflecting the universal pain of those dealing with grief from a distance. Yet Recover ultimately remains a hopeful track, celebrating a loved one’s life, spirit and legacy rather than the loss and sadness. “We will remember how to pass your spirit on.” The band have recorded a one-off performance of Recover, filmed in isolation, featuring a deeply personal opening message from Tim.

Tim says: “This song is made and dedicated to all those who have lost loved ones during the pandemic or otherwise. It speaks to the waiting, the pain of not being able to be there when they pass, and the gift of love of their life.”

Watch the video for 'Recover' - BELOW:

All the Colours of You, the band’s 16th studio album, was recorded in part before Covid struck, and is produced by the Grammy award-winning Jacknife Lee (U2, REM, Taylor Swift, Snow Patrol, The Killers). On production duties with James for the first time, he brought a fresh approach to their sound, working remotely from his studio liaising with Tim Booth (his Topanga Canyon neighbour) and Jim Glennie from the band, reimagining their demos and capturing the band in all their virtual glory. The result is a record with the most arena-ready and fresh tracks of their 38-year career; the sound of one of Britain’s best bands deconstructed and reassembled by one of the world’s most renowned producers.

Since the release of Sit Down, their breakthrough single in 1991, James have released 15 studio albums, selling over 25 million copies in the process, and performed at countless headline shows and festivals across the world. They continue to be a huge live draw, having sold 60,000 tickets for their UK arena tour in November and December this year, a tour which has sold faster than any previous James tour.

ALL THE COLOURS OF YOU track listing: 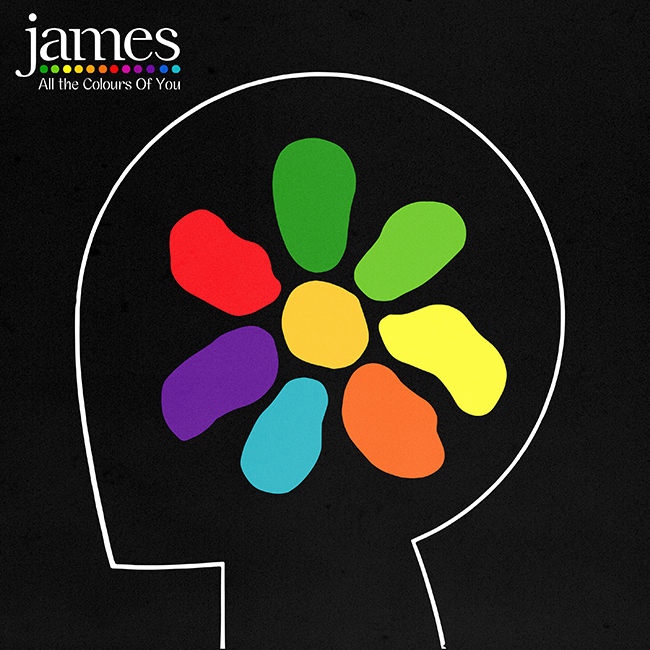 ALL THE COLOURS OF YOU will be available on the following formats:

Twenty years on, Laid and Wah Wah have finally been reunited, and will be reissued together as the band originally intended. The two albums were recorded simultaneously at Peter Gabriel’s Real World Studio in 1993;...

THE SLOW READERS CLUB to support - JAMES - on May UK tour

Manchester indie-electronica outfit The Slow Readers Club will support James on 11 dates of the ‘Girl At The End Of The World tour’. With an anthemic electronic sound perfectly suited to the big halls of...