Derry based Indie-pop artist Reevah recently released her brand new EP ‘Begin, Again’ along with single ‘nights' The final instalment to come from the collection of songs that Reevah recorded in The Beekeepers residence in Co. Clare.

Aaron Kavanagh caught up with Reevah to talk about how she became a musician, ‘Begin, Again’ EP and more. 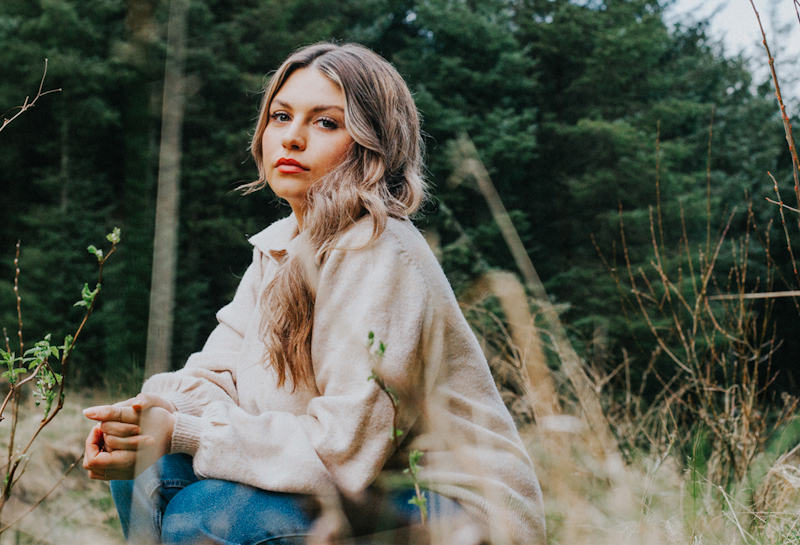 What was your inspiration for becoming a musician?

R: I have always been surrounded by music from a young age. Becoming a musician was, in some ways, inevitable. The first instrument I learnt to play was the violin at the age of five; I then went on to vocal lessons, later piano, guitar and drums. I was always involved in choirs and various musical groups as a child. I'd like to think all of these experiences, alongside growing up with music in my family, has steered me in the direction of becoming a musician. I don't think I set out to become a musician though, it just happened?

What is the music scene in Derry like, from your experience?

R: Derry has a rich musical history. The scene seems to be ever-evolving, with new acts constantly emerging. Growing up in Derry, there was always an opportunity to see live music. It had a fantastic band scene. I would have attended band nights weekly in the nerve centre. This hub played a fundamental part in my teenage years and built the core foundations for becoming a performer.


Regardless of their competency or uniqueness, artists of any ilk can struggle to gain notice in the endless stream of competition. What have been some of your means of getting your music recognised?

R: I don't think you get anything without a bit of hard work and perseverance! Experience is also everything - taking any opportunity that comes your way to better yourself, especially when just starting. It's so important to perform, write and collaborate as much as possible.

Has the experience of being a musician changed much for you, from going from novice to seasoned?

R: Yes, I think I have grown as an artist over the years. I've definitely discovered the type of music that I want to create and who I am as a person. Experience is everything. I am forever adapting and altering as an artist. I don't think that will ever change either.

Your third EP, Begin, Again, was released at the beginning of this month. With four songs on the EP, how do you go about the editorial process of choosing which ones make the cut?

R: With this particular EP, we had a sense of what we wanted to do with it from the get-go. The idea behind 'Begin, Again' was that we would reassess and readdress older tracks, an opportunity to display them in a new light. We did have a 5th track on the EP that just didn't make the final cut. It is a difficult process to eliminate your own songs from a body of work as they can all feel quite personal, but sometimes you just know when it's not the right fit.

Begin, Again is self-released. What is the reasoning for going this route over a label, and what have been the advantages or disadvantages of this, in your opinion?

R: It was almost a bucket list thing for me/us. We really wanted to create a body of work that was, for the most part, recorded, produced and mixed ourselves solely. It was an experiment, if I'm honest. It really felt like the right time to revisit older tracks as my sound as Reevah is ever adapting and growing. Being in lockdown when the EP idea came about also felt like the ideal time to dig out some older work and re-jig it.

I'm really proud that we completed a whole EP ourselves. It gave us a little scope and time to experiment; we had nothing to lose essentially. On the other hand, it turned out to be quite a lengthy process! It was certainly testing on both myself and Brian at points. And as I mentioned before, it was difficult to know in the end if any of it was even good or worth releasing without an external opinion!

In addition to self-releasing, the EP is also self-produced between yourself and drummer Brian Doherty. What is that process like?

R: It was an interesting one and a test for both of us as musicians and our friendship! It gave us both a greater understanding as to what Reevah is and what it needs to be. We are in the process of recording our debut album, and I feel like the process of the EP really needed to happen for us to progress, grow and make the album as best as it can be.

Your music has, in my opinion, deservedly been gaining a lot of recognition and praise in the UK and Ireland. While undoubtedly flattering, is such a thing surprising when it happens, or does it feel like the logical conclusion to such hard work and dedication?

R: It's been a journey, and it still is. We work as hard as we can at Reevah HQ, and I think that's the only thing we can do. I have a lovely team of people around me who make everything work and run as smoothly as possible. I'm forever grateful for them and the lovely support we have received.


What have been some of the highlights of your career thus far?

R: I love writing, releasing and performing music. That's what it's all about. Collaborating with the Ulster Orchestra was an amazing experience. As well as supporting some amazing female acts recently such as Lisa Hannigan.


What are your aspirations for Reevah going forward?

R: To continuously grow as an artist - My main focus right now is our debut album alongside planning a tour in the not so distant future.

Award-winning Derry songwriter and performer ROE (21-year-old Roisin Donald) is set to release her second EP ‘Things We Don’t Talk About’ on Friday 21st August. The EP, so-called because of ROEs innate ability to pen...

Northern Ireland's top artists support REEVAH on the 'Lockdown inspired' video for her new single 'You Said, Tell Me'

A host of Northern Ireland's top artists have come together to support Reevah on the 'Lockdown inspired' video for her new single 'You Said, Tell Me'. On the video, Reevah said “We initially had other...

ASLAN announce headline show at the Nerve Centre, Derry on Saturday 18th May

ASLAN’S Album GOODBYE CHARLIE MOONHEAD was released 25 years ago back in 1994. The band are touring the album throughout 2019 and are delighted to announce that in association with Aiken Promotions, ASLAN will be...