Derry based Americana, folk artist Reevah (AKA Aoife Boyle) released her new single ‘Older Now’ on October 4th the first track taken from ‘A Different Light’ EP, due for release on April 24th 2020. Mark Millar caught up with Reevah to talk about her musical influences, new music and her plans for 2020. 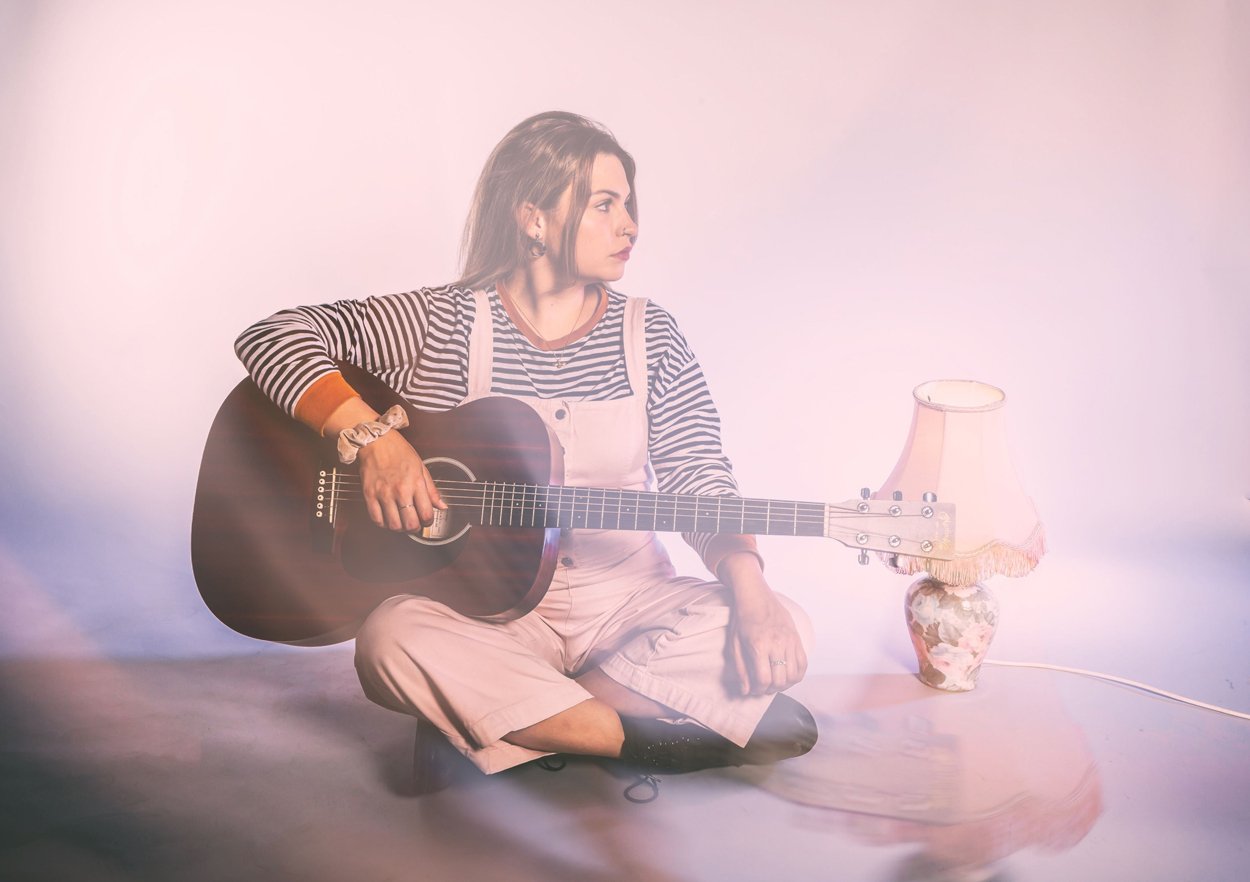 Can you remember when you first discovered your love of music?

I have been immersed in music from a young age, I first started playing various instruments when I was five, that was my first hands-on contact with music. Shortly after I began vocal lessons and it all unfolded from that. My Interaction with music was inevitable. However my real love of music developed when I was about eleven, I remember when I began hearing music differently for the first time, understanding melody and the relationship between the vocals and instrumentation, I began exploring and appreciating various genres from this. One moment that stands out in time is when I first heard ‘Astral Weeks’ the album by Van Morrison, I was on holiday in Boston at the time, this album changed my attitude towards music.

Who were your musical influences growing up?

Early influencers of music for me include Alison Krauss, The Chilis, Sigur Ros & Van Morrison – an eclectic mix of four very different artists and genres, these artists shaped music for me in very different ways. They were at the core of my very small CD collection at the time, played on heavy rotation. And of course my daddy, he is a musician and it was from him that I had hands-on experience and insight into gigging live and the studio process. When I was a teenager, my love, for music grew, and I now listen to a wide range of music.

Where does the moniker Reevah come from?

Naming yourself or your project is one of the hardest tasks. Reevah came about after a few months of working on new music and evaluating what type of artist I was becoming. The meaning of the name 'Reevah' is derived from ‘River, free-flowing and freedom’ which I thought fitted with the music I was producing at the time.

Is this your first musical project, or have you been involved in bands and performed before?

I have been performing from a young age, I studied music at degree level. I was vaguely involved in bands and musical projects growing up. I suppose I’ve always been active, but Reevah was really the start of it all for me.

For anyone who hasn’t heard your music before, how would you describe it?

Dream pop, folk, Americana with a hint of country. It’s hard to put a particular label on it. I like my music to be quite free and transient. For it to have the ability to dip in and out of various genres with the one common denominator being my voice.

I have been enjoying your new single 'Older Now.' What can you tell me about the writing of that song?

‘Older Now’ came about after a change, both personally and in music. It was a fresh start. The introduction of the band with this track is important to me. I could feel my sound changing over the course of the past year. I wrote this song in 2019, it was a song that had written itself essentially. The story behind it highlights relationships with people, and how they can change and develop over time.

‘Older Now’ is the first track from your ‘A Different Light’ EP due for release on April 24th 2020. Do the rest of the songs on the EP have a similar sound?

The EP is quite band orientated, the overall sound is different from my previous material. It’s an accurate portrayal of me as an artist and the sound that I create live. I’m excited for everyone to hear the EP and get a little bit of an insight into my thought process at the time of writing it.

The process of writing a song differs from track to track. I think it depends on the subject matter and meaning of the track. A lot of the time the lyrics come first, I like to be quite honest when writing, I feel like my tracks are an ongoing diary, a small insight into my life and mind.

There is amazing talent coming from Derry recently with acts like The Wood Burning Savages, Roe, Touts and you. Is there something in the water?

Derry is great, we have a wonderful community of musicians who are all so supportive of each other. It is a very creative city without a doubt, and a lovely environment to be in as an artist.

Who are your key influences in music- both in Northern Ireland and globally?

I listen to a wide variety of music, I am influenced daily by various musicians and artists. Local acts such as Soak, Lisa Hannigan and Joshua Burnside are amazing. Globally Maggie Rodgers, Stevie Nicks, Pheobe Bridgers just to name a few.

When you are an independent artist sometimes it can be tough. The background and admin type work can sometimes out-weigh the actual music. Performance and writing can take a back seat when it should be at the forefront, it can be hard to find the balance (sometimes).

I love performing, writing, meeting new people, collaborating and travelling, it’s a bit of an adventure I suppose. Music has so much energy, emotion and power behind it, it’s a crazy thing. I don’t think I hate anything about being a musician, I dislike carrying gear haha. But I think everyone does.

I’m really excited for 2020, my second EP ‘A Different Light’ is due for release on April 24th 2020, in support of this we will be doing a full UK & Ireland band tour! Further to this we will be working on and releasing my debut album!

Derry songwriter Reevah, aka Aoife Boyle, released her second EP A Different Light on April 24. The latest EP is the follow up to her 2018 EP Hummingbird. Reevah has drawn significant attention with her...

Award-winning Derry songwriter and performer ROE (21-year-old Roisin Donald) today releases her second EP ‘Things We Don’t Talk About’. To celebrate her newest release, ROE will be performing a very special online show from the...

Derry based Americana, folk artist Reevah (AKA Aoife Boyle) is pleased to announce her new single ‘Older Now’ (Available Oct 04th) the first track taken from ‘A Different Light’ EP, due for release on April...