Ulysses Wells talks to Victoria Pearson about his new EP 'Can't Take It Much Longer' He also as discusses sobriety versus drunkenness and French cafe culture.

You are releasing your debut EP on 25th September 'Can't Take It Much Longer' Can you talk me through the tracks and what inspired them?

UW: The first one 'Can't Take It Much Longer' Well the meaning is in the title I can't say it better than that. The lyrics and the chorus are self-explanatory really.

So is it really about 'I can't take much more of this lockdown?'

I think you have to be your own best friend in all of this and look after yourself.

UW: I have tried mindfulness mediation and the more I have been doing it the more I find it helps. People escape from themselves in all kinds of ways with drink and drugs and so on and mindfulness is just another way of doing that healthily rather than wake up with a blinding hangover and you find you have got the booze blues. Alcohol sucks the life out of you and mindfulness reenergizes you. I find twenty minutes of that very helpful.

I find with alcohol it will make you feel good for one hour and then you feel like shit for eighteen hours.

UW: That's right you are an anxious shaking mess! I went out for a coffee and I had a few too many the night before and I got my coffee and walked in and I could feel my hands shaking with the shakes. So I dropped my coffee in the dish and then I had more coffee in the dish than I did the cup so I took the cup off and there were a lot of people there and I was on my own and I drank the coffee out of the saucer rather than the cup then I grabbed a teatowel. Then that got soaked in coffee and I was having a cigarette which obviously makes everything a lot worse with a hangover as well. Then I thought 'I don't have an ashtray' and then I was dropping the ash into my coffee and that was the only bit of coffee that was left in my cup and I could just see this woman looking at me thinking 'Who is this man? This English freak? He is dishevelled and in another zone.' So yes I try and steer clear of too many boozy ones.

I think in France they are not quite as open to eccentrics as we are over here and that the coffee hour is all very beautifully done. Over here we don't mind if someone slops their coffee around.

UW: Yes you are right the French are more reserved than the British.

Have you seen that film '10' with Dudley Moore? It is a very old film now but he sees the girl and he tries to look sexy at her. He has just been to the dentist and his mouth is numb. At the same time, he dribbles coffee down his shirt without realising. That to me is very British humour.

UW: Yes all of that stuff with Peter Cook and Dudley Moore 'Behind the Fridge' is very funny.

With the new EP, you are going for a gentler approach with your music what was your music like before? Were you very out there? Very Rock and Roll?

UW: Not really I spent too long in the shed and I probably lost the plot completely. There was definitely some lunacy in the music and I was angry at that time and I went through a rough break up where my girlfriend went off with my best friend. I just threw it all into the music.

I have seen a photo of you lying in the river like 'The Lady of Shallot' What was that photo all about?

UW: It was the annual bath!

I thought the coffee spill was the annual bath!

UW: Yes that as well! I give myself two! What was I doing? It's a lake in Oxfordshire and I had a photographer with me and I said 'Let's do some water shots' and it was cold. We did a couple of hours shooting and a video in there as well and yes! It was freezing!

What inspired the track 'Back With The People?

UW: That was really about me in my shed or my stable when I was trying to get back to society. Having had enough of it but also wanting to get back to it. I gave up drinking as well for four years. I had to do it for health reasons and without the drink as a crutch but I found being sober pretty challenging. Now I am back on the drink but nothing crazy. I Just drink once every few weeks with my writer friend.

When you got sober did you turn to anything? Did you watch Russell Brand?

UW: Yes I did he's wicked and he's put up a lot of stuff that has helped me. I knew I had taken it a bit too far and I had got a stomach ulcer. I am not an alcoholic by any means. When I got sober everyone said 'You have to go and find yourself' so I got kind of hooked on the travelling. I took my guitar and I had my world on my back. I had an incredible time and saw Africa. I didn't find myself though! The real mirror that I held up was when I removed the crutch that I had been using. With good friends, I regained my confidence and could enjoy myself without a drink.

UW: I have got some delicious tomatoes for lunch! That is the immediate future! Then there are these two EP's which will go onto vinyl. I plan to put some interesting music videos together and I would love to do some more film-related acting.

Thank you, Ulysses, I enjoyed talking to you and you gave some great insights.

UW: It was great to chat thanks again! 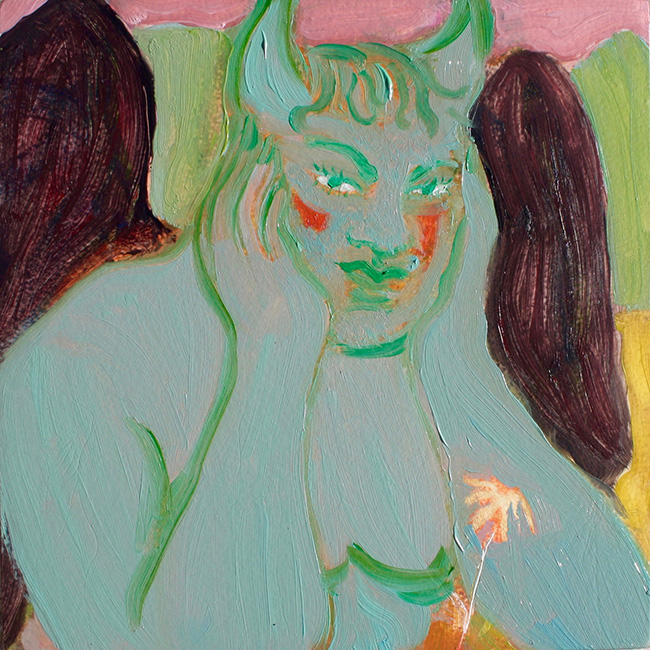