In 2010, one half of Britain’s much-loved pop-rock combo Supergrass, Gaz Coombes and Danny Goffey teamed with world-renowned producer Nigel Godrich to bring you The Hotrats. With the original intention of diving into the studio for some light relief, the spontaneous sessions soon became ‘Turn Ons’ – Gaz & Danny’s own ‘Pin Ups’ style covers record of classic songs, born out of true love and respect for their rock heroes.

Released as a highly limited run, ‘Turn Ons’ was a 12-track doff of the cap to musical forefathers including Syd Barrett, Lou Reed, Roxy Music, David Bowie and The Sex Pistols, and has remained an out of print record shop rarity for a decade.

Fast forward ten years to 2020 and Coombes, Goffey and Godrich have reconvened to celebrate the tenth anniversary of this forgotten classic with a new offering; a psychedelic twist on the Kelis classic, ‘Milkshake’.

Described as “deeply odd and wholly wonderful” by the Sunday Times Culture, and simply “magnificent” by the Guardian, The Hotrats have today shared a visual accompaniment to ‘Milkshake’, created and edited by Gaz Coombes at home under lockdown. Watch below.

Gaz explains: "The response to our cover of Milkshake has been brilliant and we’d like to thank Kelis for not suing us! Although it’s doubtful she knows who we are, so we’re all good there I guess. Anyway it was made with love and respect so we’re happy it’s brought a little bit of light to everyone right now.

We decided to make something visual and fun to go with our version of Milkshake & thought it’d be cool to use this time during lockdown to put a video together.

We wanted to create a snapshot of the mad times we had as the Hotrats... a little glimpse behind the scenes. Danny and I worked remotely, hunted down the footage and sent clips and images between each other for a day or two. I also unearthed some surreal old stock footage and lots of cool fan videos from some of those bonkers gigs we did. Then it was just a case of capturing the energy in an edit.

It’s our little lockdown gift of milky love to everyone."

The tenth anniversary of ‘Turn Ons’ follows hot on the heels of Supergrass’ triumphant reunion year marking the 25th anniversary of their chart-topping debut album ‘I Should Coco’, Supergrass’ reunion tour has catapulted them back into the hearts and minds of fans and critics alike, The Guardian found “Supergrass still in possession of an uncommon gift: to rock with a joyousness that makes your face ache from smiling". 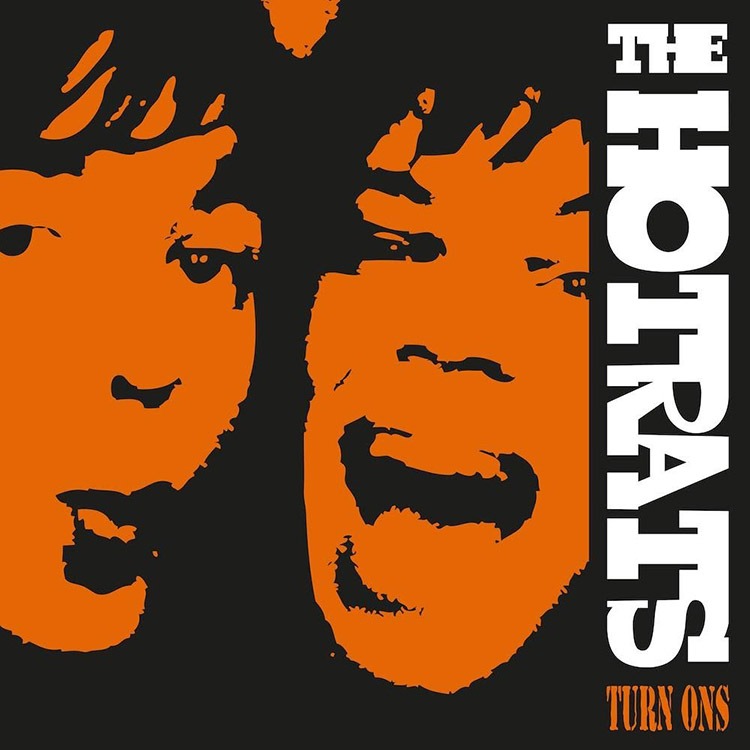 1. I Can’t Stand It (The Velvet Underground)

3. The Crystal Ship (The Doors)

8. Pump It Up (Elvis Costello)

13. Mirror In The Bathroom (The Beat)

11. Mirror In The Bathroom

17. Mirror In The Bathroom

CD 3 KARAOKE WITH THE HOTRATS

1. I Can’t Stand It (Instrumental)

4. (You Gotta) Fight For Your Right (To Party!) (Instrumental)

6. Love Is The Drug (Instrumental)

8. Pump It Up (Instrumental)

11. Up The Junction (Instrumental)

12. Mirror In The Bathroom (Instrumental)

Behold! Supergrass hero Danny Goffey announces the release of his new album ‘Schtick!’ released June 22nd on Distiller Records. To celebrate the release, Danny will host Goffstonbury, his own festival and Glastonbury placeholder, at his...

Noel Gallagher is recording new material in studios in London and LA, he’s also announcing a short run of all-seated shows in Britain before heading to the Far East on tour in May. Noel Gallagher’s...

A sense of space permeates every second of Matador’s thirty-nine minutes. From the astral gorgeousness of ‘The Girl Who Fell To Earth’ to the dream-like cadences of ‘Oscillate’, it’s the sound of a songwriter melting...