COLD YEARS have today announced release of their debut album, ‘Paradise’, set for release on May 8th through eOne, with new single ‘Night Like This’.

It doesn’t come much more grim than life in a gritty, remote Scottish city like Aberdeen. So says northeast native Ross Gordon, anyway, vocalist with rising, heart-on-sleeve rock four-piece, Cold Years. If you want a sense of the true sound of youth disaffection in post-Brexit Britain, look no further. On May 8th, the band will finally release their highly anticipated debut album Paradise ­– a title bearing more than a suggestion of sarcastic snarl to go along with the considerable bite found on the music contained within.

“Our hometown is a shithole,” Ross spits, with characteristically direct candour. “The album is called Paradise because Aberdeen is not a paradise. It’s horrible, it’s grey, and it’s cold all the time. We all live and work here, and it’s not very happy. It’s quite morbid when you stop to think about it. But at the same time, it’s home.”

Watch the music video for ‘Nights Like This’ – BELOW:

Echoing the infamous, despairing, “it’s shite being Scottish” rant made by protagonist Renton in Irvine Welsh’s 1993 novel, Trainspotting, Ross’ near-nihilistic take on the town where he was born goes further still, almost three decades and a generation later. Rather than succumb to the pitfalls that laid waste to previous generations, however, he poured all of his frustration and all of his anger into the 13 songs that represent his band’s first foray into full-length recording.

Unlike the often-bleak subject matter that inspired them, however, the songs of Paradise burst from the speakers with a ‘clear eyes, full hearts, can’t lose’ soul, springboarding off timelessly vintage-tinged sounds, fuelled by lung-busting choruses and buffed-up with a thoroughly modern-day, blue-collar punk rock sheen. It’s a proud rock’n’roll record, capturing with unflinching honesty a world that offers little reason for hope, even if the songs sound anything but hopeless.

“There’s an ongoing narrative about how fucked everything is at the moment,” Ross says of the thread that ties otherwise disparate themes together, whittled down, he estimates, from an initial 60 songs. “It links everything really, not just purely politics. It’s linked to the economy, to drugs and alcohol, and what our generation is going through right now. You work hard in school, you train for your career and you try to succeed at it, but the reality is that none of it really fucking matters. It’s a record that’s angry because, as a generation, we feel like we’ve been sold short.” 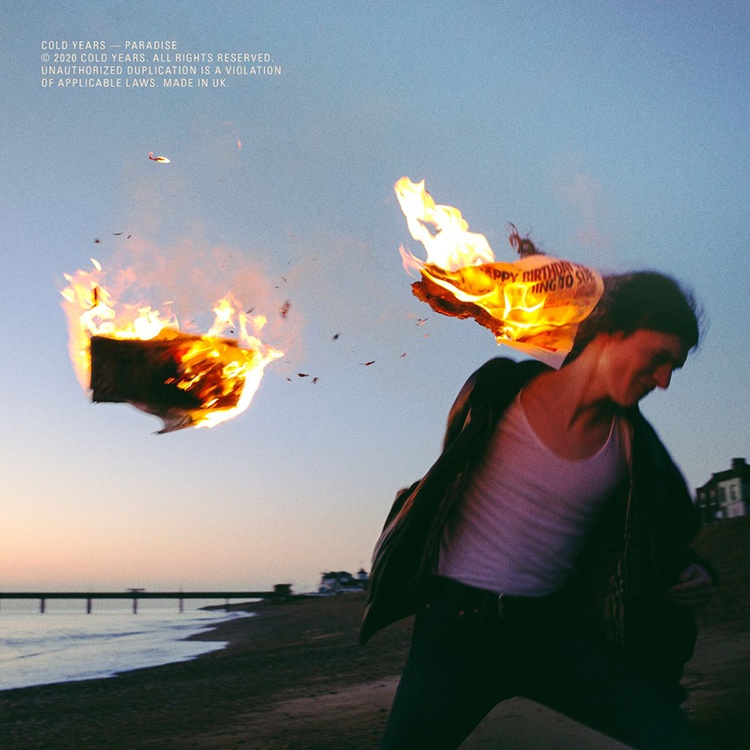