Clap Your Hands Say Yeah are excited to share "CYHSY, 2005" from their anticipated new album New Fragility (due February 12, 2021, via CYHSY / Secretly Distribution).

The driving, tuneful track explores the concept of "home" in whatever form it takes, specifically as a state of mind and in those we hold dear. "CYHSY, 2005" follows the release of double A-side "Hesitating Nation" / "Thousand Oaks" last year, as well as the strikingly intimate "Where They Perform Miracles" shortly thereafter.

Clap Your Hands Say Yeah's Alec Ounsworth will also be live-streaming a solo performance via Bandcamp Live, the platform's new ticketed live concert streaming program, this Friday, January 29, 2021, at 8 pm EST. The stripped-down performance will feature many of the songs on New Fragility for the first time in public, plus some full-catalogue classics. Purchase tickets HERE.

Home. It’s a concept that took on a whole new meaning during 2020, and one that Alec Ounsworth has pondered at length. For him, it’s not so much physical space or location, but a state of mind - and keeping those we cherish close by. Time away from home can disrupt this, but also lend a wider perspective on exactly what it is you’re looking for; what your soul needs. Such thoughts are deconstructed in the new single "CYHSY, 2005."

“Part of being away so often is leaving people behind, and never feeling you’re able to establish conventionally meaningful relationships,” says Ounworth of the song’s inspiration. “You can be searching for stability - being in one place - and discover that that's an illusion.” And so, over swooping, elegant strings and bustling drums, Ounsworth lays bare a soul yearning for meaning, and one that is considerably skeptical (and feels unworthy) of what many consider "good fortune." “Cheap Italian wine / Cheaper life of petty crime”, he sings. “All I really wanted to do was stay home”.

Yet the song, like the album it’s taken from, is shot through with hope. Positivity too; as Ounsworth sagely notes, “Who am I to question fate?” Being away can bring us closer, both to the people we love and the realization that change is required. Such things can seem very distant, but Ounsworth has come to appreciate what such distance can give us. “There I go again setting up the next stage”, he sings. We should be thankful he does.

What are we to make of the world? In many ways, the title New Fragility perfectly sums up our collective state of unease and anxiety, but it’s particularly apt for singer-songwriter Alec Ounsworth, and the trauma he’s spent the best part of three years processing.

Taken from the David Foster Wallace short story "Forever Overheard," from the collection Brief Interviews With Hideous Men – “You have grown into a new fragility,” says the story’s adolescent narrator – the title track documents what happens directly after a long relationship comes to an end, and what’s discovered soon after. “There comes a period of making up for lost time in a changed world,” says Ounsworth, “and now is a time of predictable stupidity.”

New Fragility finds Ounsworth asking the questions that haunt us all. Depression, divorce, getting older, and confronting the past are all raked over, as are the early years of Clap Your Hands Say Yeah and the pernicious influence of fame. And with such heartfelt lyrics married to his unique, eclectic music and distinctive voice, it’s another classic entry in the career of one of independent music’s brightest, and most durable, artists.

New Fragility will be released on CYHSY/Secretly Distribution. The album was produced by Alec Ounsworth, with additional production from Will Johnson, recorded by Britton Beisenherz in Austin, TX and mixed by John Agnello in New Jersey, mastered by Greg Calbi.

A European tour has been announced for Autumn 2021. Dates below: 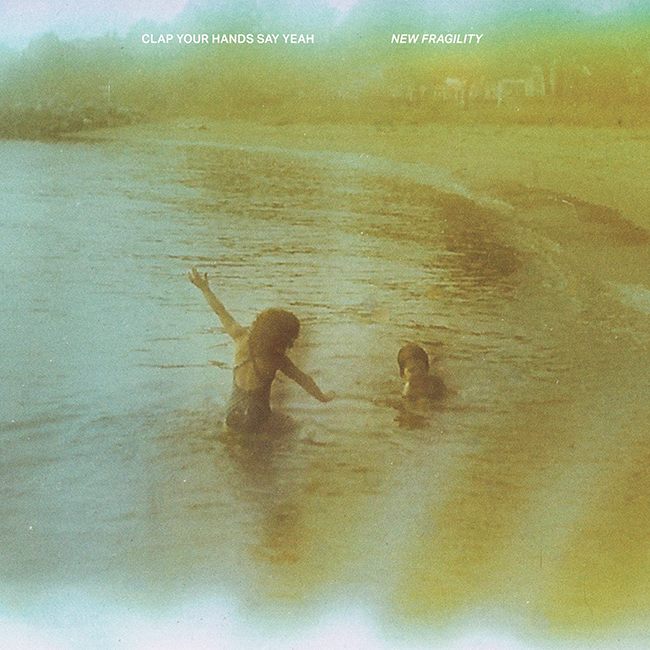 Track of the Day: Clap Your Hands Say Yeah - "Down (Is Where I Want To Be)"

Clap Your Hands Say Yeah’s 2005 self-released debut album set a precedent for how bands might begin to approach making music independently. The record — which vocalist/multi-instrumentalist/songwriter Alec Ounsworth wrote entirely by himself— received widespread...