Following on from the release of their critically-acclaimed record ‘Fragments’ in September, a collaborative release with noted producer and composer Paul Frith, Bear’s Den are now looking to cap off their 2020 with the unveiling of a brand new EP ‘Christmas, Hopefully’.

Previewed by the collection’s title-track, ‘Christmas, Hopefully’ becomes the third in a series of festive and winter releases by the band, which kicked off in 2016 with the stand-alone single ‘Berlin’ and was followed by last year’s ‘Only Son of The Falling Snow’ EP.

This new offering will feature three new songs from the group; The title-track focuses on spending Christmas apart from loved ones, whilst the single ‘Favourite Patient’ is about Andrew Davie's fiancé, a doctor who has been dramatically affected by the events of this year, and finally ‘Berlin Pt II’, a direct sequel to their 2019 Christmas song, which has now been streamed more than 16 million times.

Speaking about the release’s title track, the band said, "It's been an incredibly strange and difficult year for all of us. What Christmas stands for couldn't be more at odds with the idea of lockdown or a tier system and the idea of potentially not being able to share that time with friends and family. Christmas can also be quite a challenging and difficult time of year for a lot of people even when there isn't a pandemic going on. I wanted to talk about my thought processes and feelings around this time of year and some of the difficulties and anxieties that I have experienced in the past and this year. The central lyric is "I hope you find some peace of mind, this Christmas, hopefully" - I think that line pretty much sums the song up. Hopefully, we can all be together this Christmas but if not hopefully we can find some happiness and hope in spite of all the shitty challenges this year continues to present."

Listen to ‘Christmas, Hopefully’ - BELOW:

With Christmas being a little different this year Bear's Den will be having Christmas dinner with their friend and podcast host Danny Carissimi; as many friends and families are this year, over zoom. There are a couple of spare spaces at the digital dinner table, and fans have the chance to win a spot to join Bear's Den and Danny for their digital get-together on Dec 6th at 7:30 pm GMT.

To enter, fans can either comment on the band's Christmas dinner post on Instagram or Facebook or by posting their own video and tagging @bearsdenmusic, finishing the statement "This Christmas, I'm hopeful for..." Bear's Den will select some of their favourites by the end of the week, 4th December.

Since the release of their breakthrough debut album ‘Islands’ in 2014, Bear’s Den have quickly grown to become one of the UK’s most loved outfits. With their follow-up LPs ‘Red Earth & Pouring Rain’ and ‘So that you might hear me’ both landing in the UK Top 20 album charts upon their release, the band’s profile has grown from strength to strength in the last few years.

The band’s most recent album ‘Fragments’ was recorded in collaboration with composer/arranger Paul Frith, the mind behind arrangements for music giants including The xx and Radiohead, and has seen them grow to more than 425 million streams online and 500K album sales equivalents since they first began.

Following on from the release of their third album ‘So that you might hear me’ last year, the band conducted huge sell-out tours of the UK, North America and arena shows in Europe, as well as a jam-packed summer festival season, an intimate ‘Highlands and Islands’ tour of the Scottish Highlands, and a run of shows supporting Neil Young in Germany bringing their total headline tour ticket sales tally to nearly quarter of a million worldwide. They also released a two-series podcast delving into ‘So that you might hear me’ and rounded off the year with a Christmas EP with lead track ‘Only Son Of The Fallen Snow’. 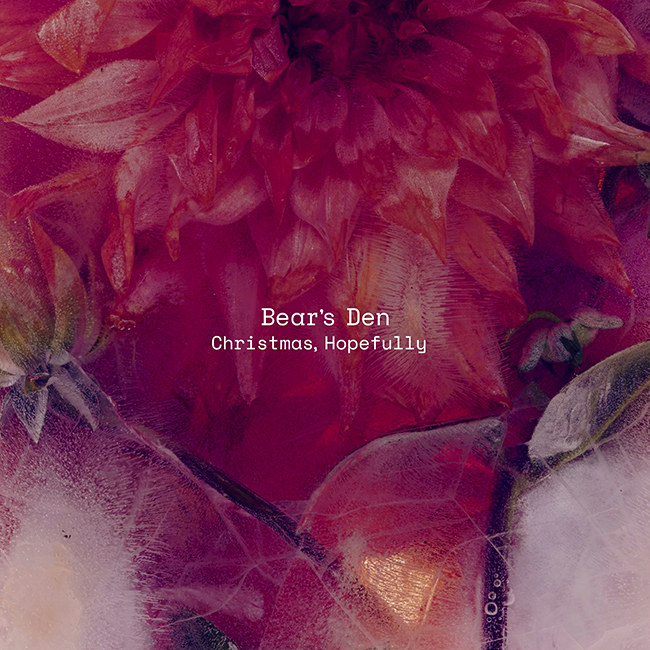 Bear’s Den today reveal 'Dew On The Vine', the new single to be taken from their Top 10 album, 'Red Earth & Pouring Rain'. The group are shortly to embark on their biggest UK tour...

Bear’s Den have unveiled a video for their new single, ‘Greenwoods Bethlehem’. Released on 7th April via Communion Records, the track is the latest to be taken from their top ten charting second album, ‘Red...

British folk-rock group Bear’s Den is pleased to announce a headline Belfast show on Thursday 11th April 2019 at The Limelight 1. Bear’s Den announced their third studio album, ‘ So that you might hear...