Following an incredible show in January 2019, which saw this year’s breakout star Lewis Capaldi amongst a plethora of incredible musical talent taking to the stage, White Lies are today announced to headline Stand Up To Cancer at Union Chapel 2020 taking place on Tuesday, February 11th. Joining them on the night for this very special evening of live performances are an array of exceptional artists including Maisie Peters, Benjamin Francis Leftwich, Aaron Smith, Kitt Philippa and a very special guest to be announced closer to the date.

Taking place at the iconic Union Chapel, London, this celebration of fantastic musical talent is all with one intention, to raise funds for Stand Up To Cancer, a joint fundraising campaign from Cancer Research UK and Channel 4, that raises money to develop cutting-edge treatments to help save lives.

Performances on the night from:

WHITE LIES
2019 marks the tenth anniversary since West London trio White Lies burst onto the scene with their chart-topping debut ‘ To Lose My Life ’. Four albums and a decade later the band have found a new home at [PIAS] Recordings, the cementing of this new partnership resulted in a return to the Top 20 with their fifth album entitled ‘ Five ’.

As they explained earlier in the year; “this is a milestone album for us, it marks our decade as a band, which has pushed us to expand our sound and reach new territory artistically.” The band also became reacquainted with old friends in the studio, working with the likes of Flood, Ed Bueller and Alan Moulder both in the UK and Los Angeles over the creative process.

The album has recently undergone a digital re-issue with the addition of two previously unreleased tracks that resonate with that rejuvenation. Lyricist and bass-player, Charles Cave explains, “ we’ve always written and then recorded once the entire album is ready. This time with a break in L.A we wrote a handful of tracks that were completely disconnected from Five but inhabiting the same universe.”

Recorded with US producer Andrew Wells (5 Seconds Of Summer, Fall Out Boy) Hurt My Heart ’ and Falling Out Without Me ’ are both on Five V2 whilst also being made available as a limited AA-side white vinyl 7” single via the band’s website and recent/upcoming live.

They have just finished an extensive European live jaunt celebrating the tenth anniversary of their debut album that culminated with two nights at London’s Brixton O2 Academy this past weekend. 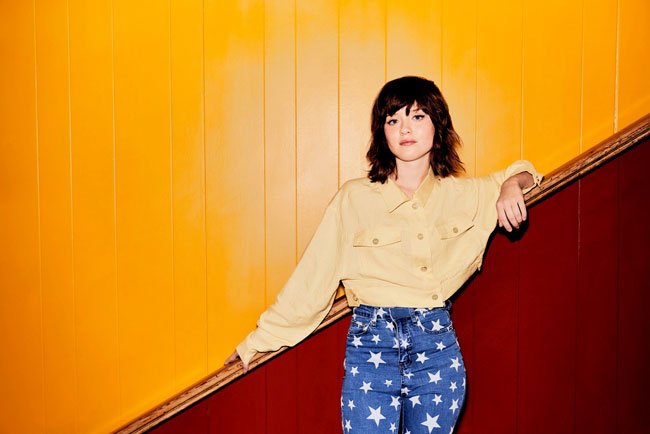 MAISIE PETERS
A gifted observational lyricist with a distinctively delicate voice, 19-year-old Maisie Peters continues to cement herself as one of the UK’s brightest new talents. She currently boasts over 150m global streams, 4.7m views on YouTube, 3.4m monthly Spotify listeners and has famous fans in global superstar Sam Smith and Lewis Capaldi. Most recently, she was crowned Scott Mills ‘Tune of the Week’ on BBC Radio 1 with ‘ Feels Like This ’ , a track taken from her debut EP, ‘ Dressed Too Nice For A Jacket ’, her first single to enter the iTunes Top 40 Chart. A captivating live act, Peters has toured with the likes of George Ezra, Mahalia and Tom Walker. This summer has also seen her making the festival rounds playing memorable sets to packed-out tents at Latitude, All Points East, The Great Escape and more. Following her sold-out debut headline UK tour earlier this year she took to the stage at London’s O2 Shepherd’s Bush Empire in November 2019 for her biggest headline show to date. 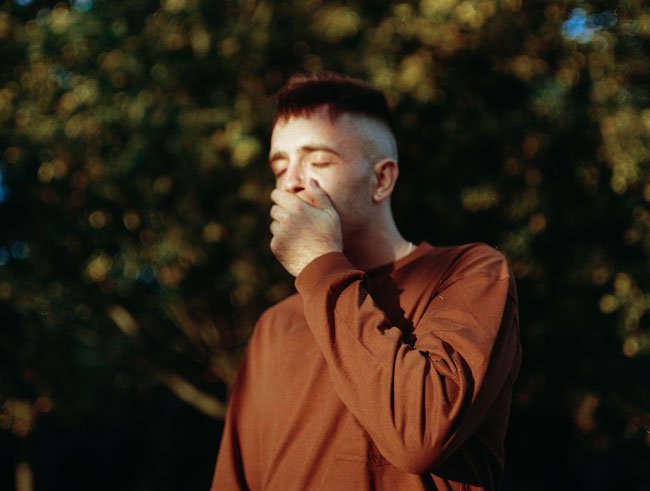 BENJAMIN FRANCIS LEFTWICH
‘ Gratitude’ is an apt title for Benjamin Francis Leftwich’s third album, which was released in March 2019 on Dirty Hit. On the first (and title) track, the York-born, London-based singer sings of new beginnings and a sense of inner peace. ‘Gratitude’ is an album predicting and then reflecting on huge personal change, and this upheaval seeps into every sinew of the record. Lyrically, it sings of redemption, guilt and regret, and it’s transmitted via music that bursts forwards like water breaking a dam, expanding the singer’s palate into widescreen, epic new territories.

Recorded between Sleeper Sounds and The Bridge in London with frequent collaborator Lazy H alongside Joe Rubel, Josh Grant and Beatriz Artola of Electric Lady Studios, who’s previously worked with A$AP Rocky, Common and J. Cole, ‘Gratitude’ takes the hushed acoustic base of his second album ‘ After The Rain ’ and the singer’s lauded 2011 debut album ‘ Last Smoke Before The Snowstorm ’ and fleshes it out to create a record unlimited in its ambition, and a portrait of a singer no longer limited, in life or in his art.

Leftwich's has drawn comparisons to Damien Rice and Jose Gonzalez amongst many others. His single "Shine" was named Spotify’s most addictive track of 2014, the most repeat-played song of the year. He sold more than 100,000 copies of debut album. He has toured extensively, covering the UK, Canada, USA, China, Sweden, Denmark, Germany, the Netherlands, and throughout Asia (including Hong Kong, Singapore, Indonesia). Leftwich has over 2 million monthly listeners on Spotify alone.

AARON SMITH
In July 2019 Scottish singer-songwriter Aaron Smith created quite a stir with the release of this debut single 'Unspoken', which featured in the #1 spot on both Spotify UK New Music Friday and Apple Music's 'Best of the Week' playlists - pipping both Beyoncé and Sam Smith to the post - and more recently with the release of his stunning new single ‘ Better Than You Loved Me’ and debut EP ‘ Loveless ’. He’s already amassed over 14 million streams and been tipped by The Independent, HMV, The Scotsman, 1883 Magazine, Mahogany, Spindle Magazine, Atwood Magazine amongst others. 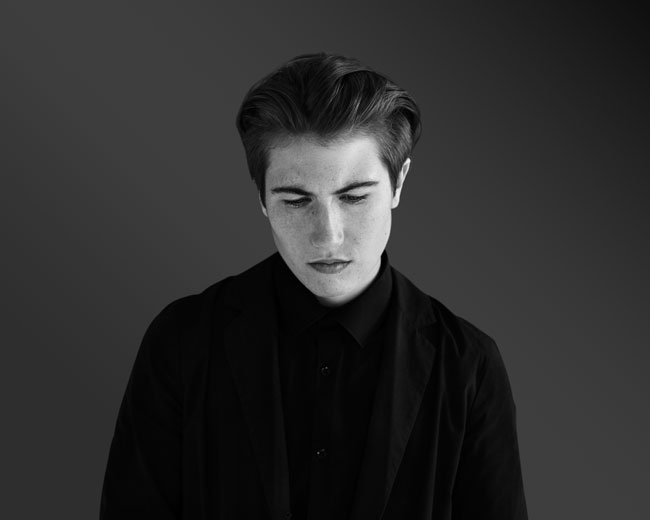 KITT PHILIPPA
With all three of the first singles from Kitt Philippa’s debut album nominated for Best Song by the Northern Irish Music Prize – the expectation was high for the album release and it didn’t disappoint. The Armagh native released ‘Human’ in October 2019 to widespread critical acclaim from sources such as Sunday Times Culture Magazine, which described the album as “astonishing”. Although growing up largely in a classical music environment, Kitt Philippa’s influences have been broad, and their songwriting and performances reflect a craft steeped in contemporary urban and digital soundscapes; from their home life inspirations; to Queen’s University; to an introductory stage talent development scheme at the Oh Yeah Music Centre, Belfast – a dedicated music hub for new talent setup by Gary Lightbody (Snow Patrol); to performing their original music live onstage with the Ulster Orchestra at the ripe old age of 21 and beyond. Kitt Philippa (KP) has been championed by Mary Anne Hobbs (BBC 6 Music), Tom Robinson, Phil Taggart (BBC Radio 1), Huw Stephens, RTE 2FM, Today FM amongst others. BBC Entertainment News in their review of The Great Escape 2019 proclaimed, “You can instantly hear why Hozier said "impressive is too weak a word" to describe their music.”

Launched in 2016 and now going into its fourth year, the event is a key part of the Stand Up To Cancer fundraising calendar. This year saw the UK #1 breakthrough artist of 2019 Lewis Capaldi take to the stage to wow the audience. Other notable past performers include Kodaline, Laura Mvula, James Morrison, Editors (Tom Smith), Andy Burrows, Ed Harcourt, Jamie Lawson, Seafret and more. It’s a truly magical and unique evening of live performances from established artists, including Ivor Novello, Brit Award and Mercury Prize nominees, to the rising stars of tomorrow. 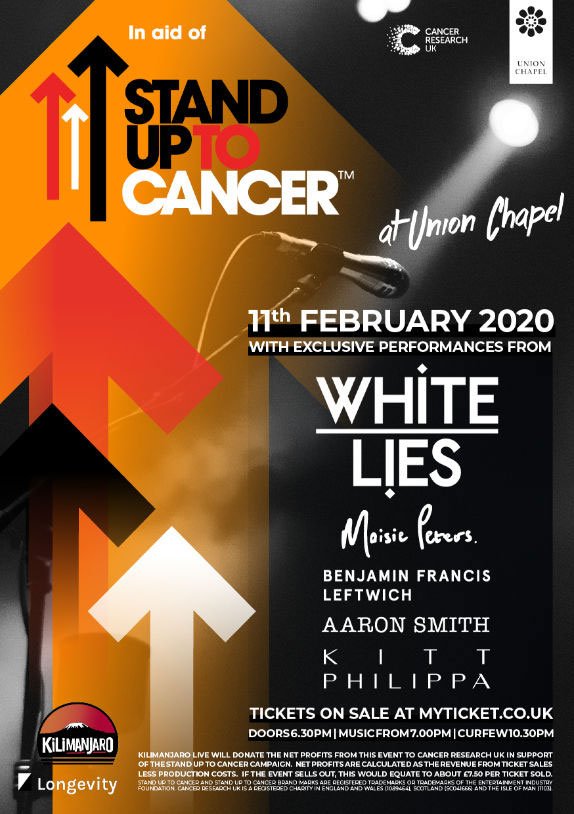 Tickets cost £27.50 plus booking fee and are on sale now from https://myticket.co.uk/artists/stand-up-to-cancer

Kilimanjaro Live will donate the net profits from this event to Cancer Research UK in support of the Stand Up To Cancer campaign. Net profits are calculated as the revenue from ticket sales less production costs. If the event sells out, this would equate to about £7.50 per ticket sold.

From the first moment of their debut Album, Kitt Phillipa shows why they were the 2018 winner of single of the year at the NI Music Prize, taking you on an auditory journey through a...

To coincide with the release of their new album, Five on February 1st, 2019 via [PIAS] Recordings and a decade of their existence; White Lies have embarked on an international tour. XS Noize caught up...

White Lies announce details of their new album, entitled Five. The album will be released on February 1st, 2019 - marking a decade of their existence whilst cementing their new home at [PIAS] Recordings. Ticket...