Duran Duran have announced their highly anticipated return to Ireland with an outdoor performance at St Anne’s Park, Dublin on Sunday 7th June 2020, in support of the release of their next studio album.

British music icons, Duran Duran have sold over 100 million records, had 18 American hit singles, 21 UK Top 20 tunes and have continued to perform to huge concert audiences around the world since the band first formed in 1980.

Consistently fusing art, technology, fashion and a signature sense of style with their unique and infectious brand of music, singer Simon Le Bon, keyboardist Nick Rhodes, bassist John Taylor and drummer Roger Taylor have proven themselves timeless, always innovating and reinventing, to remain ahead of the curve.

Their last album, 2015’s Paper Gods, was the band’s highest-charting release in 22 years and has been hailed by critics and fans alike as their best body of work in more than two decades. Produced by Mark Ronson and Nile Rodgers, alongside Mr Hudson and Josh Blair, the record features collaborations with Janelle Monáe, John Frusciante, Kiesza and Jonas Bjerre (of Mew.) A global, three year, sold-out arena tour followed.

Duran Duran are currently in the studio working on their follow-up to Paper Gods with several exciting collaborators, to be announced soon. This, their fifteenth studio album is slated for release in the Spring of 2020, alongside a series of 40 thrilling projects and live events that will celebrate their long and illustrious career. 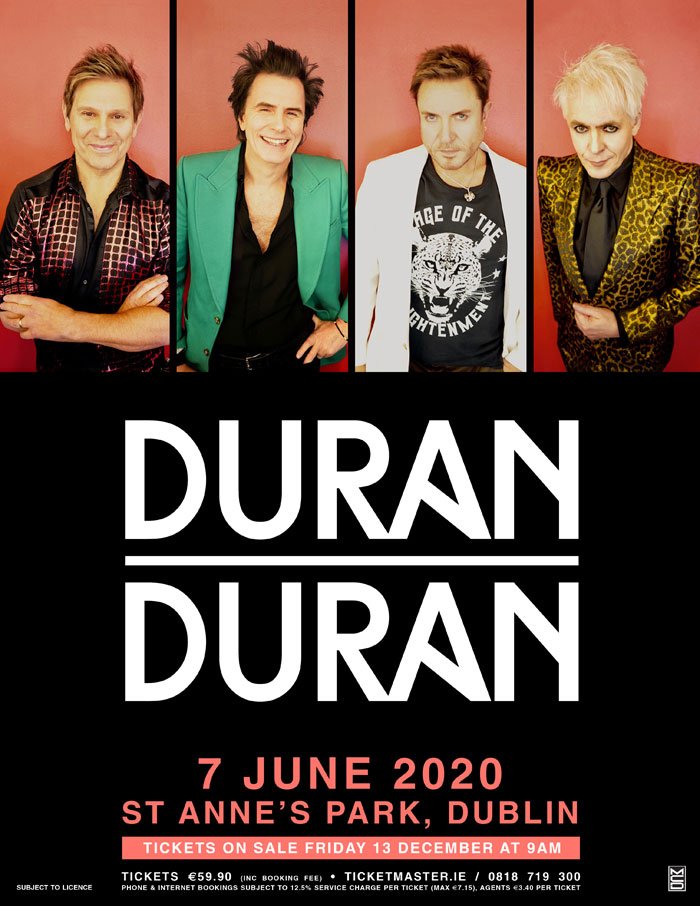 A month ahead of the highly-anticipated Group Therapy Tour launch, Hootie & the Blowfish announced seven dates throughout the United Kingdom and Ireland this October to follow their 47-date U.S. and Canada run of shows. The band will perform at...