Welcome to part two of the series. This week takes us all the way to Alberta in Canada where I'll be speaking to Jojo from JoJo & the Teeth (formerly Jojo O & The Woods). Jojo is speaking to me on her own as her guitarist Rylan is working during the lockdown.

Although not in Canada at present, Jojo & The Teeth are currently based in London.

Jojo and I decided we didn't want to do the interview too early. We were laughing about how 12 pm is now our 9 am. We both refilled our coffee cups and I laughed at how she told me there is no reception in her flat and she had to sit outside to take the call. Thankfully we are having good weather and my microphone is picking up all the birds. Quite lovely really. 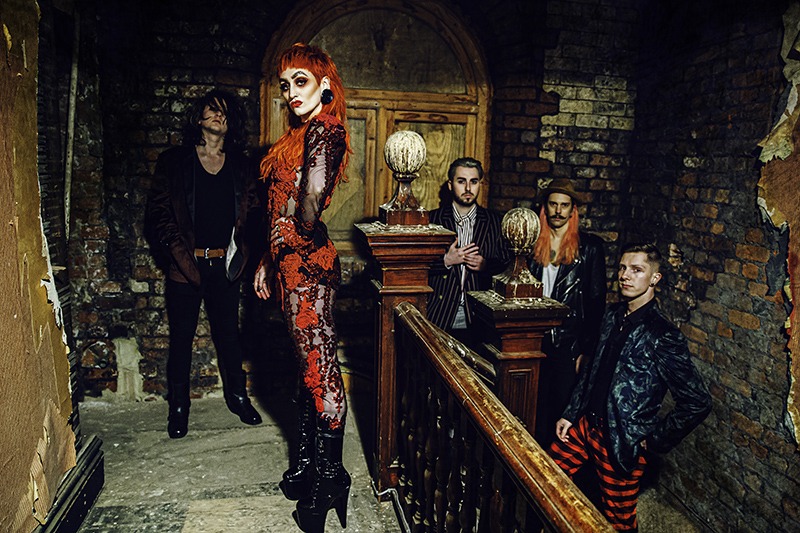 SS: So can you take us back to Canada and what was going on over there music-wise?

JJ: We are from Alberta in Canada, the east side of the rocky mountains where there is no music industry. There are musicians, but no industry. So we knew from our teenage years that we had no chance if we stayed. We moved to Toronto but we felt as though we didn't really fit in there either. So we thought about bands that sound like us, where do they come from? We looked to Ireland and decided to take the jump and live in Dublin for a number of years.

SS: And was Dublin a good move for you guys?

JJ: Dublin was great, amazing for music but it seemed that the musicians that were becoming successful and having luck were still ending up in London. I'm sure you can do it anywhere, but if you don't know anyone and you aren't connected it's hard to step up to to the next level and we didn't know anyone. So we decided after a while to just take the leap, move to London and work from the inside out.

SS: And what about leaving Dublin?

JJ: Ireland would have been great to stay in but we see ourselves as a rock band and at this point, we had been travelling/touring as a duo. We needed more band members. While on tour we had met a band from the Isle of White, we wanted to work with them more and that basically sealed the deal for us and brought us to London, where we still are.

SS: Before leaving Canada did you ever think of going to the States rather than flying over the ocean?

JJ: No. One great thing is that my parents are from Ireland so I have an Irish passport and Rylan's family is from Kent in so he had a UK passport. It just made it all a lot easier. It's difficult to get into the States.

SS: When you moved to Dublin and London was it not difficult to have to keep starting over again?

JJ: Oh yeah! Thankfully though I didn't have the fear. I mean most people doing music are crazy haha! But I didn't feel scared and it didn't phase me. We hadn't gotten so far that I was precious or afraid to lose it.

SS: When you got to London did you have to send the cold emails? How did you start to rebuild yourself?

JJ: We had to do everything! Like everything! As soon as we land in a new city we hop right to it. Start with open mics, and then start cold calling and emailing. Like hundreds of emails but suddenly people started finding us and that has never happened before, even booking agencies got in touch!

We opened for Carl Barat doing a DJ set which was kinda weird but still, it was just an awesome opportunity!

SS: Do you think open mics are a good way for musicians or bands to get started when moving to a new city?

JJ: Well, you won't get industry people there, like you don't find booking agents at open mic nights, but it's a good way to meet likeminded people if you want to start a band or collaborate. It's also good for starting a small fan base. Once you start getting bigger shows, you might even get the bar staff coming back to see you. They could be the ones buying tickets for your shows!

SS: The phrase, “You have to go away to make a bigger impact back home.” What do you think of that?

JJ: Oh that is so true it's not even funny, it's the truest thing on earth!

SS: And how do you feel about that?

JJ: Well I haven't made my choices on my career based on that but I have totally noticed it. I mean, if you are playing where you are from, nobody cares. Until they see you have gone off and done something then they are excited when you come back. We left because there was very little industry but the industry and companies that were in Canada were given the opportunities to the same bands, year in, year out and they know what they are looking for. But I don't think they liked us or we didn't suit them, so we decided to pack our bags and leave.

JJ: Oh it's a big whirlwind of both haha. We got to play the Isle of Wight festival and that was an amazing experience. Just having that on our CV means people take us more seriously when we are applying for further opportunities!

The lows... Definitely when you are on tour and you show up to a venue and no one is there. One time we went to a gig in Leeds with another band, it was some cool punk rock venue! So there was like 50 people in one room and no one in our room, so we waited and waited and tried to get people from that room to our room and everyone was like “Yeah go f**k yourselves” haha! -

(At this point during the interview Jojo and I burst into laughter, understanding each other's pain with gig problems)

JJ: Oh my god! Save us a much as you can before you leave! You think you need £10k? No! You actually need like £50k haha! It's also hard, it's much harder than you think it's ever going to be. It's something I wish someone told me but I'm still having an awesome time even if I am exhausted haha!

As the interview comes to an end Jojo and I finish our coffee, chat about lockdown life, the sound of the birds, how she made these amazing cinnamon buns and how much wine we are getting through.

For someone, I have only met a few times it feels like we have known each other for years. I think we were both grateful for the chat and we both spoke of high hopes to meet up again once lockdown is over and I think we agreed to meet in Donegal. Sure. Why the hell not!

I'm sure it's crossed many of our minds: “Do I leave my home town in search of something better?” In this three-part series, I have interviewed three musicians on whether leaving their home to try...