Ride The Wave is about letting go of the troubles caused by others, and more importantly your individual problems to realise that sometimes we need to step back and enjoy ourselves for 2 and a half minutes.” Says lead singer Ben Donaldson. “The song dynamically dips and dives, exploding into the chorus, whilst also stepping back for fuzzy modulated solos and washed over soundscapes. ” Coming in at just over 2 minutes 30 the excitable track aims to provide a fun and uplifting listen.

We wanted to make a fast-paced summery music video to fit the vibe of the track, so we talked through a few initial ideas and ordered a load of colourful props and costumes to make the video the pop.

We waited for a rare sunny day on the island and improvised some shots, messing around with different ideas until we had enough scenes to play with. We put two of our mates in costumes and made them fight each other for one of the clips which we ended up developing into a storyline that runs through the video. We came up with most of the ideas as we went along. The process was a bit random but we just rode (the wave) with it and this is what we came up with.

Check out the video for 'Ride the Wave' - BELOW:

Voodoo Bandits are a 4-piece indie rock/surf pop band from the Isle of Man, where there is orange sheep, cats with no tails, and the biggest waterwheel in the world! Voodoo Bandits like to create upbeat and energetic music, blending their influencing genres together to carve out their own vibrant, full of life sound. Big choruses, surfing guitars, and tight grooves developing into washy soundscapes.

Voodoo Bandits released their debut single ‘Sink Below’ in March 2019, a fresh and catchy tune, using big dipping reverbs and tight overdriven riffs with an indie surf soundscape to end on. Voodoo Bandits’s next single ‘Ride the Wave’ electrifies their current sound, going faster and larger. Voodoo Bandits have played up and down the Isle of Man at festivals, bars and venues. They plan to release a number of singles through-out 2019 and onwards as well as touring throughout the UK mainland to spread their fresh take on surfy guitar pop to everyone’s ears! 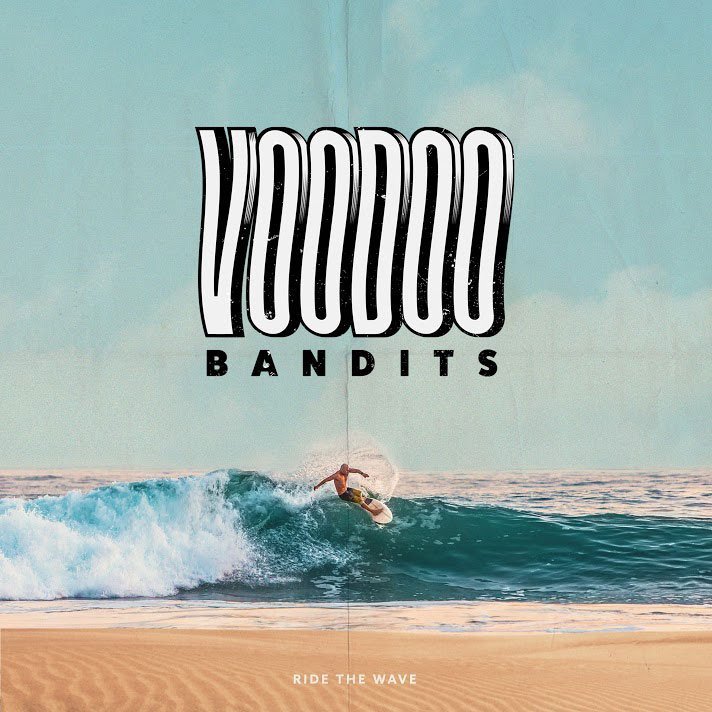