The record sees Sarah offer her interpretations of some of the classic tracks of arguably the most famous gospel singer of the last century, who gave Brown hope and sanctuary through hard times faced over the years. Having recently appeared on Radio 4’s Woman’s Hour performing her debut single ‘I’m On My Way’, she is currently on tour with Simple Minds, with whom she has been playing with for the last 15 years.

Sarah explains: “For as long as I can remember, Mahalia Jackson with her fever-pitched performances have been a soothing note to my tapestry. At 10 years old, I remember hopelessly trying to sing along to her bellowing thunder of a voice.

In my bedroom, I would become her. I chose these songs because they tell of my story. Growing up in a Caribbean home to parents who were a long way from their home. Anger and fear were the two prominent emotions that I lived with.

The style I was trying to achieve was influenced by early jazz, blues and the spirituals. I am happy with the sound/style of the album. It was always going to be an experiment but I had no idea that it was going to sound as good and as authentic as it does. ‘Didn’t It Rain’ as a jazz feel. ‘Nobody Knows’ as a spiritual feel then it goes into swing jazz. ‘Walk over God’s Heaven’ as a hint of rock & roll with a bit of early swing.”

Watch the video for ‘Walk Over God’s Heaven’ - BELOW:

You may not know Sarah Brown’s name, but you’ll definitely have heard her voice. From her collaborations with the likes of George Michael, Stevie Wonder, Duran Duran, Simply Red, Roxy Music, Pink Floyd, and Simple Minds … Sarah Brown is one of the most prolific and in-demand vocalists in the world. Jim Kerr from Simple Minds comments: “In a sane world, Sarah’s colossal talent would ensure that she would be front of the stage every night, so I would be in the front row. Every night. I am her biggest fan, after all”

Mahalia Jackson (October 26, 1911 – January 27, 1972) is widely considered as a major influence on Mavis Staple, Little Richard, Aretha Franklin, Sam Cooke, Donna Summer, Ray Charles, and a civil rights icon (Malcolm X noted that Jackson was "the first Negro that Negroes made famous”, Harry Belafonte stated "there’s not a single field hand, a single black worker, a single black intellectual who did not respond to her”, and it was Mahalia who prompted Dr. Martin Luther King, Jr to improvise the ‘I Have a Dream’ speech. 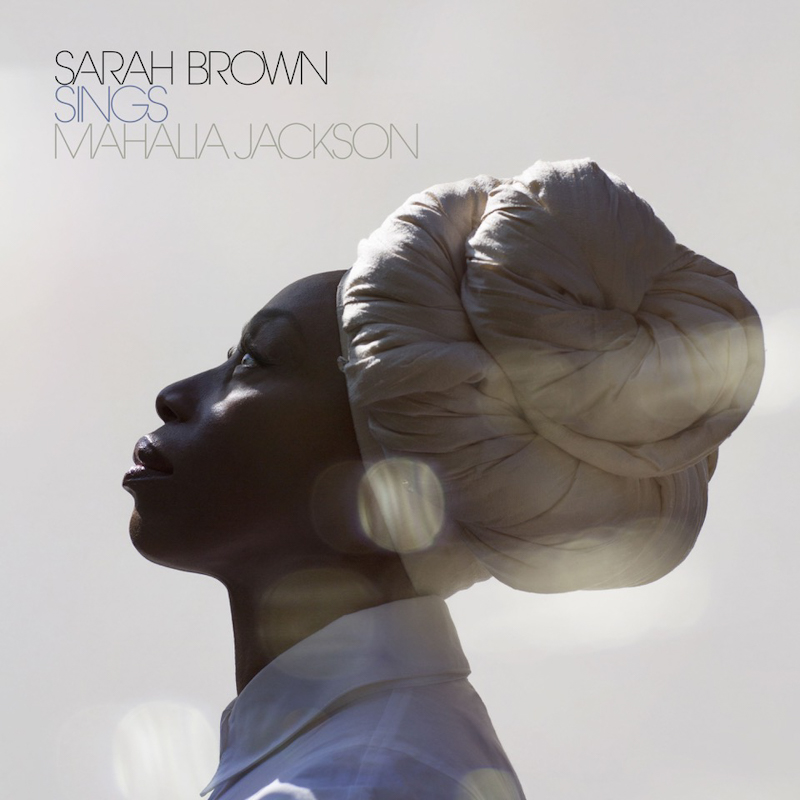 Track Listing: Nobody Knows / On My Way / Didn’t It Rain / Summertime / Walk Over God’s Heaven / Just A Closer Walk / Trouble Of The World / Joshua / Amazing Grace

‘Sarah Brown Sings Mahalia Jackson’ is released on 20th May 2022.