‘Come On Don't Give It Up' is the first single taken from Marcus O'Neill's forthcoming album - ‘Blue Moon In The Room'. XS Noize is pleased to exclusively premiere the video today!

Marcus O'Neill is utterly old-school when it comes to songwriting and recording techniques. As well as the spontaneous, improvised style, most of the new album ‘Blue Moon In The Room’ was recorded using 1960s valve equipment and 1950s microphones. Marcus once toured Japan with Little Barrie and found they shared a lot of the same obsessions with old lo-fi blues sounds and musical honesty. This is reflected, and even parodied in the Victorian themed album cover and video where he can be seen playing a five-necked guitar against the backdrop of Edison’s first-ever sound recordings, or navigating the world in an enormous top hat and frock coat. 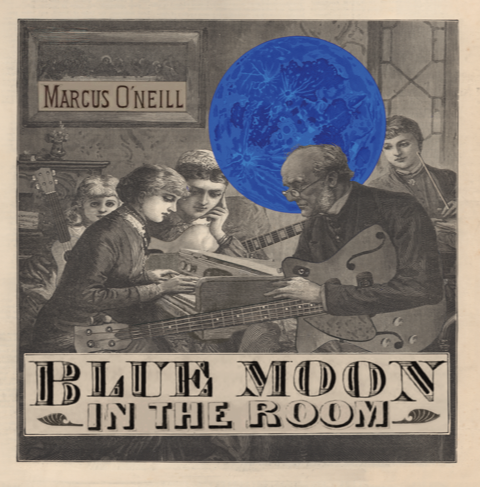 Marcus has an unmistakable songwriting style with unusual themes and bold titles, for example, Muslim Parrot Breeder - the true story of a devout muslim rearing parrots and feuding with his lesbian neighbour.

Recorded in London and mixed by Elliott Smith producer Larry Crane in Portland, Oregon, the album also features some brilliant guest performances such as the extraordinary violin work from veteran session virtuoso Bobby Valentino, and backing from members of the folk/blues band Jenny Wren and her Borrowed Wings.

Marcus was featured on the Radio 4 Today Programme after winning a court case against royalties giant PPL. After this, he began helping other musicians to claim their lost royalties, including the widow of a violinist who recorded with Michael Jackson.

While later campaigning against music royalty theft, he met Bobby Valentino who had famously sued for royalties from “Young At Heart” by The Bluebells and ended up playing his violin before the judge at the Royal Court of Justice. They recorded together and found they had much more in common musically too.