Scottish rock band Twin Atlantic are pleased to announce a headline Belfast show at Limelight 1 on Friday 6th May 2022.

The band celebrate the 10 year anniversary of their second studio album, ‘Free’ this year and will be performing the album in its entirety followed by their ultimate party setlist. Twin Atlantic have also recently announced details of their brand new record, ‘Transparency’ which is due for release in early January 2022.

Tickets on sale Friday 10th Sept 9 am from ticketmaster.ie 18+ Only 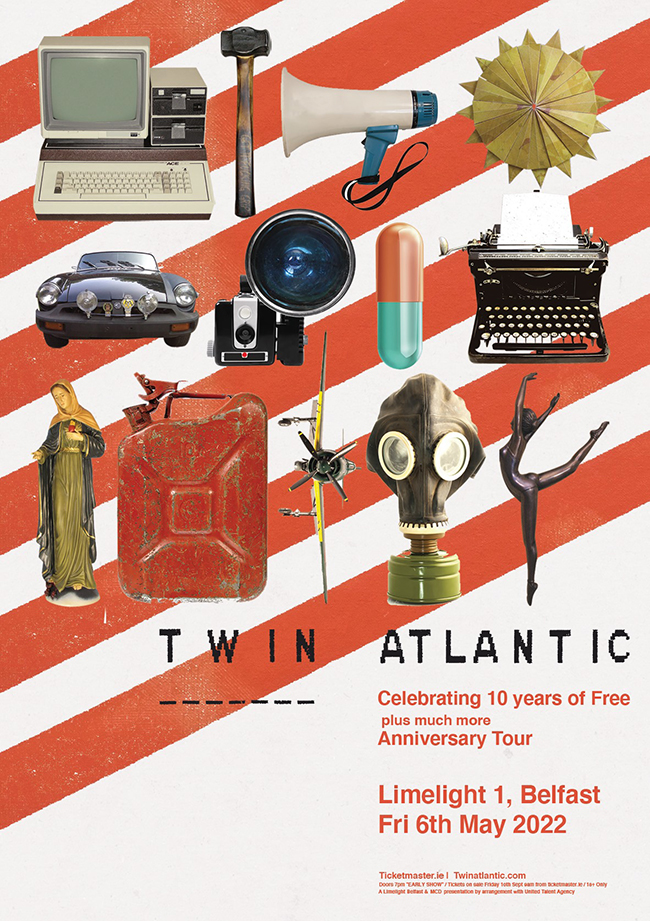 American Southern Rock Group, Cadillac Three are pleased to announce a headline Belfast show at Limelight 2 on Monday 13th December 2021. It's been over a year since the Cadillac Three hit the road for...

A show ten years in the making. Celebrating ten years since viral sensation ‘I AM FIGHTER’ was released, creator Colin Geddis brings his new show to Belfast’s biggest entertainment venue. In the last ten years,...

US rock legends ALICE IN CHAINS are pleased to announce a headline show at The Telegraph Building, Belfast on Tuesday 21st May 2019. ALICE IN CHAINS remains one of the most successful and influential American...