Following his SOLD OUT concert at Ormeau Park in 2019, Grammy® Award-winning Artist and Global icon, Tiësto is pleased to announce a return to Belsonic on Friday 17th June 2022 with guest Joel Corry.

Tiësto is a Grammy® Award-winning, platinum-certified, international icon. The DJ and producer is the only artist to ever hold the titles of “The Greatest DJ of All Time” courtesy of Mixmag, “#1 DJ” according to Rolling Stone, and “The Godfather of EDM,” as proclaimed by Billboard. From his underground dance floor bangers to his high-profile Las Vegas residency and crossover success, Tiësto created the blueprint that defines what it means to be a success in today’s dance music world.

In Tiësto's true fashion, he continues expand across genres, always evolving his craft. With over 36 million albums sold, 8 Billion cumulative streams, and a social platform with an audience exceeding 30 million fans spanning the globe, he continues to revolutionize the dance music landscape. Tiësto’s first release since signing with Atlantic Records, "The Business” has dominated airplay and charts worldwide since its September 2020 release, garnering over 1 billion streams to date. It has also held a steady position on Apple & Spotify’s “Today’s Top Hits” & “Today’s Hits” playlists, and hit #1 at US Dance Radio. “The Business” is certified Platinum in 15 countries and gold in 8 countries and has held a place on the Top 10 official singles chart in 10 countries as well as Top 50 on Spotify in 31 countries.

Tiësto made history with single “Don’t Be Shy” with Karol G, which marked the first English song ever for Karol G, and the first Latin Artist collaboration for Tiësto.The third single from Tiësto’s upcoming album, “The Motto” with Ava Max is out now. 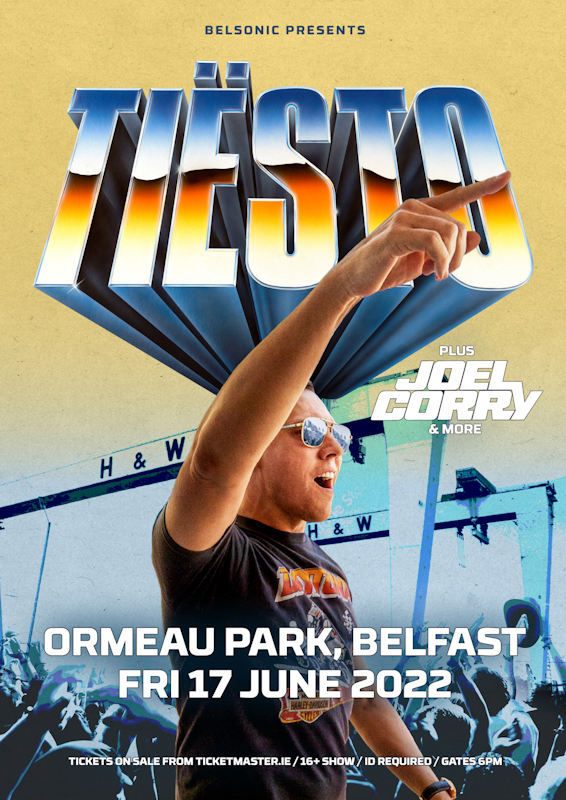 TICKETS ARE ON SALE THURSDAY 17TH MARCH AT 9 AM FROM WWW.TICKETMASTER.IE

Following his SOLD OUT CHSq show earlier this year Belsonic are proud to announce UK singer~songwriter sensation George Ezra will return to Belfast at Belsonic on SATURDAY JUNE 22ND 2019. Staying At Tamara’s is George’s...

The biggest selling Irish act in both 2017 and 2018, and the nation’s hottest musical export in decades, Picture This have announced a headline Belfast Belsonic show in Ormeau Park on Sunday, June 28th 2020....