“It’s nice to know when enough is enough, especially when you have something in the pipeline,” says Stephen Jones of his Glass Wings project.  The How The Light Gets In EP will be the last music released under the moniker Glass Wings.

The EP’s third single, Don’t You Feel Sad About It, is released May 13th. It’s a slow-burning, thoughtful track and a departure from his previous output. A fourth and final single comes out in June. With a new project on the horizon, Stephen says the coronavirus lockdown was the perfect opportunity for a clean break.

“These singles were experiments,” Stephen says. “I started to play about with different ideas after the album came out at the end of 2018. I wasn’t sure where I was going to go with both the lyrics and the music. Soldier has some soundscapes, Revolution plays around with saxophones and other instruments. Don’t You Feel Sad About it came from playing about with synths and I wanted to do something with the vocal line that was a high falsetto. The vocal’s soft but there’s a lot going on in the music.

“All four tracks were written around the same time. They should have been released around the start of this year but I was struggling with what to do with Glass Wings. Once I’d decided to release future music under a new name, it became clearer then that I wanted to finish off this EP and make a final hopeful statement from Glass Wings. The idea of these tracks is around hope. They are timely - whether I wrote them that way doesn’t really matter, it’s the context in which people hear the songs.”

As Glass Wings, Jones has released an album and two EPs and performed across Northern Ireland both solo and with his band. Despite having built a small team around him, he maintains creative control of the project. With that though, comes the associated pressure.

“I didn’t realise at the start of Glass Wings how important perspective was. The perspective on what part of your life music is. It isn’t all of your life. You can have a healthy distance from things, use criticism to be stronger. I quite like the pressure, it brings it out of you, but there is a tipping point. I found that to my detriment after I’d completed the album. I had this release of pressure and tension, it didn’t do my head any good. But there’s a way to do this where you don’t have to be down on yourself. It is a challenge that you have to rise to, but it shouldn’t affect your sense of self.”

He recalls a specific time in the studio as both a low and a high point.

“I was really struggling on a song, Rituals, and I blew my voice out. I was defeated, wrecked and feeling like I couldn’t hit the notes I went for. I went away from it for about a week, had a real think about what I was doing and put a lot of effort into it. I watched videos and learned about posture and being relaxed. It was the first time I really had to step up, and I did. I came back and nailed the vocal, that really felt like a moment.”

Since his debut EP, 2017’s Jana From Barcelona, Jones’s writing through Glass Wings has become more adventurous. The 2018 album Everything and Nothing dabbled with more expansive production and arrangements and this final EP feels like the culmination of that process. Where The Light Gets In has all the soul and warmth of earlier work, but brings more experimentation with instrumentation and songwriting.

Jones modestly admits to having little idea about music theory but has relied on “a good ear” and a key mentor in producer Philip Watts d’Alton (Master and Dog) to realise his musical vision.

“I have some sort of strange ability to hear arrangements in my head,” Jones says. “It’s like piecing together a jigsaw puzzle in the studio. I go in with fully formed songs and work out the best way to present them. I listen out for what I like to hear and don’t think too much about it. It’s a very ‘of the moment’ process for me.

“I got really lucky when I met Phil. He’s ended up being a mentor and a producer for me and I learned lots from him; all about frequency clashes, the idea that not everything has to be perfect and even how to sing properly. I just threw myself into the deep end, and so it’s all the more reassuring and lovely when people actually like it. I came away from the album as a completely different person, in terms of confidence and everything. But I left myself exhausted, working full time and creating the album. With these songs [on How The Light Gets In], even though I was at a bit of a low ebb, I still felt confident to do them and that they were something I needed to explore.”

Before speaking about his new project, Stephen reflects on his time as Glass Wings and jokes that it’s like a satisfying ending to a great book or TV series. In around three years he has self-funded the entire project, releasing two EPs and an album. The music has taken him to play on the main stage of his hometown Stendhal Festival and a memorable album launch at The Black Box in Belfast. 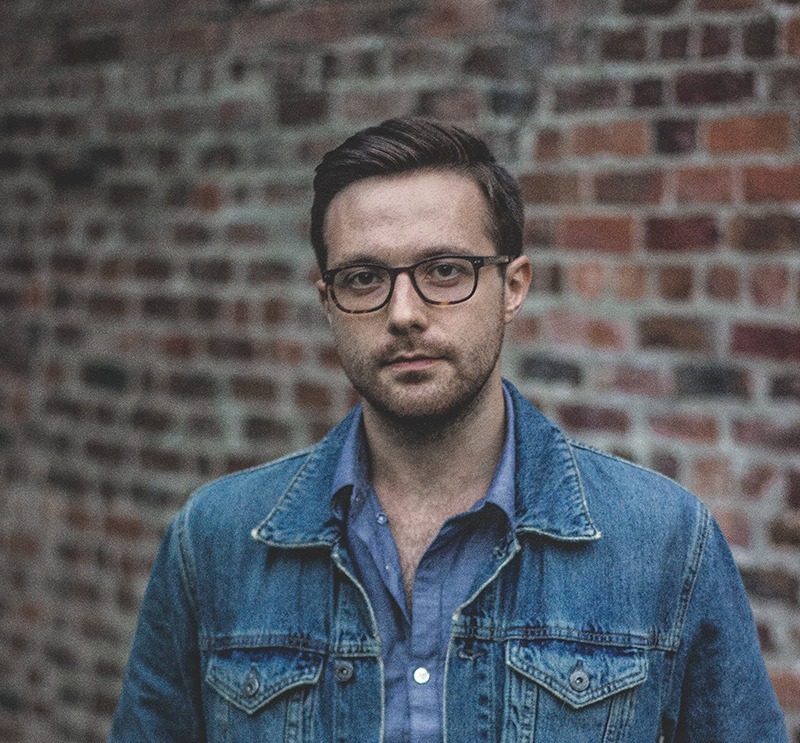 “Glass Wings will have a lot of legacy for me. It was the first time I went out on my own and it marked a complete change. It was the music I always wanted to make but never had the confidence or ability to do before. Future projects are all going to build on Glass Wings. It’s changed me as a person, in how I put myself out there musically and socially. I owe a lot to it, and to the people, I worked with. I’m very grateful to everyone who supported me, it makes night and day of a difference to have that.”

In a social media message to followers, Jones announced that the upcoming EP would be Glass Wings’ final release, but teased a new project and new material for the future. He’s tight-lipped on exact details, but chats about it with that confidence and self-assuredness developed working on Glass Wings.

“I’d been thinking about a new project for a while,” he says. “I released a single last summer and it was on my mind then, and for much of last year, I was writing all the new material. I knew it was going in a different direction, different from Glass Wings. After a while my heart just wasn’t in it and that I’d moved on to a new stage of musical writing; more mature, more complex. I felt maybe a new name would be a good thing.

“The new project is still just me, but with new production. I’ve written about three-quarters of the album on piano, which is something I’ve never done before. There are a lot more soul influences and classical composition. I think it'll be a very interesting album. A change for the better.”

The video for the new Babybird single 'No Cameras' has just been unveiled, along with details of a long-awaited new vinyl release. For the first time in 21 years, Babybird will be releasing a vinyl...

EXCLUSIVE: Listen to 'Photosynthesis' the new album from BABYBIRD - Now

Today (19 July) sees the release of a new album by Babybird. 'Photosynthesis' follows on from the recent critically acclaimed compilation 'Happy Stupid Nothing', and is available now on a variety of formats. It features...

BABYBIRD announces tour in May

It’s now half a year since Stephen Jones had that stupid irritating heart attack. He’s been to the gym for the first time. Lost a stone and a half. And is now fully hiked up...