The name BABYBIRD resulted from a walk with a good friend in the countryside near Sheffield. Stephen Jones was on the dole, producing 400 songs in his bedroom on a four-track recorder. No money, Jones had one pair of shoes with holes in the soles. As they walked chatting Jones stepped on something that squelched through the hole and onto his sock. When the two friends looked down, there was a baby bird under his foot. Stephen Jones AKA Babybird talks to Victoria Pearson about his new album a collection of his best songs called ‘King of Nothing’

Your first studio album was ‘Ugly Beautiful’ which featured the huge hit ‘You’re Gorgeous’ What are your memories of that time?

SJ: I lived in Nottingham and I was running a little performance art theatre company and I was on the dole for ages just writing little songs on a cassette player and they got heard by people in Sheffield so I moved to Sheffield and formed a band and that is when we started getting some interest from record companies. I just remember things like I just used to write on my own. So when I suddenly became the centre point of things I found it very strange as everyone wanted to talk to me and I am quite shy and retiring really so I don’t know if I enjoyed that much. The whole with ‘You’re Gorgeous’ is it was a monster hit overnight but I had been working for years on music and had recorded four hundred demos. For the band, though it was new and it was fresh and it was mental really. They all kept their feet on the ground but I kind of lost control a bit.

Did you lose control really?

You keep on putting money in the slot and then one day you hit the big jackpot and that’s the big hit!

SJ: Yes, ‘You’re Gorgeous’ was just a demo and it wasn’t even supposed to be released one of the record companies just found it and said it should be on ‘Ugly Beautiful’ and low and behold despite the nature of what the song is about it was a big hit.

It’s actually quite dark, isn’t it? The song? When you listen to the lyrics?

SJ: It’s not quite a Feminist song but it’s very anti-male and it’s very anti ‘The Business’ and it’s a rant against using women to sell products. It’s about that but people don’t understand that. I still get requests to play it at people’s weddings and really you don’t want ‘You’re Gorgeous’ sung to your bride because it’s a nasty twisted way of saying that word but then again people only listen to choruses.

Yes, that is true well the song sounds quite sexy doesn’t it so I suppose that’s why people think about the song like that.

SJ: Yes well, I never thought of myself as sexy! (Laughs)

But You do sound sexy in that song.

People listen to songs and take out the bits they don’t like and interpret it to suit themselves.

Now you have also written three novels. What are they about?

SJ: The third one hasn’t been released yet. The guy who wanted me to put them out is a ghostwriter and every book that you see in WH Smith he has probably had something to do with. I put two books out with him and I did quite a few book readings. It’s horrifically different from being on stage and there is no lighting and I couldn’t even see the page I was reading I was so nervous. It’s very weird when people are right in front of you it’s a very different experience from when people get drunk and come and watch you sing.

What were the novels about?

What was Johnny Depp like to work with and what do you think of his skills as a musician?

SJ: The thing about Johnny is he was a musician first. He is just such a natural and laid back person and he was just very very easy to work with. He’s a really nice bloke. I have met him loads of times since then and he’s a very nice guy.

He’s being stitched up at the moment.

SJ: I think he is and it’s just ridiculous. He is probably struggling at the moment as he is the male in the situation and there is the ‘Me Too’ movement. Johnny will always be seen as the villain in this. The person I know is a very nice person and a gentle soul.

SJ: Yes Just don’t believe anything you read in the newspapers.

You have just released a collection of songs called ‘King of Nothing’ what is your favourite track from the album and why?

SJ: Probably my favourite is a six-minute track called ‘Feel’ that was one of the first songs. I wrote thirty-five demos then my bass player added stuff and took it to another level. I have just been waiting for the right moment and now is the right moment apart from the fact that I can’t promote it by touring. I can’t see a point where people can go back to gigging. ‘Feel’ is a feel-good song but it also has the dark element to it.

‘Once we had destroyed ourselves we will build a new world’ I saw that on your page. How do you think the pandemic will change the world in general and the music business?

SJ: That’s what I was touching on. I don’t know. I imagine that live venues and small venues will be rescued by various people Tim Burgess has rescued a venue up here in Manchester. I think schools were left as a last thought and I think venues have as well. People are just carry on as normal as if there is no pandemic in some areas. The only solution is a vaccine. I was watching a lot of news early on but I think that can be quite damaging.

I just try and concentrate on what’s positive.

SJ: When it first started I used to go for walks on the golf courses. I loved all of that.

I go for a walk every day and I don’t talk to anyone. I call it my socially inept walk.

SJ: Yes, it is weird as well when you see people in masks in shops.

It’s like being in a bad Science Fiction film.

SJ: People need to hold off on piling on one another in pubs. At the moment the only thing that will work is social distancing and then after that a vaccine.

You have said that if you are creative you will never be happy. Have you used your bad experiences to inspire your music?

SJ: If you look at anyone who is famous such as George Michael or Beethoven they all have these huge problems. George Michael what happened to him was just so sad. He was such an intelligent man and he lost his partner and that’s what caused a lot of his problems and it was just so sad. I am going deaf in one ear and that’s my connection to Beethoven. I’m intrigued by his story and how he composed when he was deaf and he wasn’t as miserable as people thought he was.

What caused your heart scare and how did Bob Mortimer help you through it?

SJ: It wasn’t really Bob actually it was more Paul Whitehouse he came to a gig and the first gig we did we did it in a church in St Pancreas and he brought Bob with him and he has had the same heart problems they have given me stems. Men of my age always go very quiet about these problems as they are scared and so it’s hard to find support about these things. Paul was very different he has to do constant exercise and he writes to me each week and encourages me to exercise. Bob Mortimer had a terrible heart problem. I had a very simple procedure in the heart world but Bob had his whole ribcage pulled open. I think he was 99% blocked and the surgeon said ‘You are only 1% away from having no blood supply.

SJ: Yes it was a real scare for him and they do this fishing show which is like a kind of mediation and I think Paul looks after Bob because he doesn’t really exercise and his version of food is not the healthiest. He just wants to eat pies and drink larger.

Well, he is from Newcastle that sounds about right! Do you know what caused your heart problem?

SJ: With me well I drink too much and I combine that with a lot of sitting down when I am writing music. I have now got a fitness watch that now alerts me to stand up. I do know now that I need to get up and exercise.

You have released hundreds of songs on Bandcamp how do you stay productive?

SJ: I’m not really any good at anything else. I can mow the lawn and I can poach an egg and I made a fish pie the other day. It’s just something that I find very easy to do and I don’t mean that in a big-headed way. It’s just something that I can do. There was always a piano in the house when I was growing up. That’s the best piece of furniture in the house the piano.

From ‘King of Nothing’, what is the song ‘Vacuous’ about?

SJ: It’s about being vacuous.

There are a lot of vacuous people on television for example.

SJ: I like to make my lyrics as intelligent as I can make them but I don’t’ want to distract away from a good tune. You can get up and dance to it and it jogs along. That is why I like a lot of Hip Hop.

What inspired the song ‘London I Love You?’

SJ: There are a lot of sarcastic swipes at London and I brought my kids up there so that was fantastic but the other side of London, particularly with COVID, is that there are all sorts of people on top of each other. I have seen the early images of the tube and seeing that happen. I love parts of London but I also hate parts of London. I hate this government and I think they have lost control of it. Although it is an impossible situation.

SJ: Just keep on writing because that pays the bills and I don’t really get writer’s block and it’s never a chore. I have no idea really it’s just one day at a time and just make sure that my kids are okay. That’s it really.

It’s been lovely to talk to you and thank you very much. 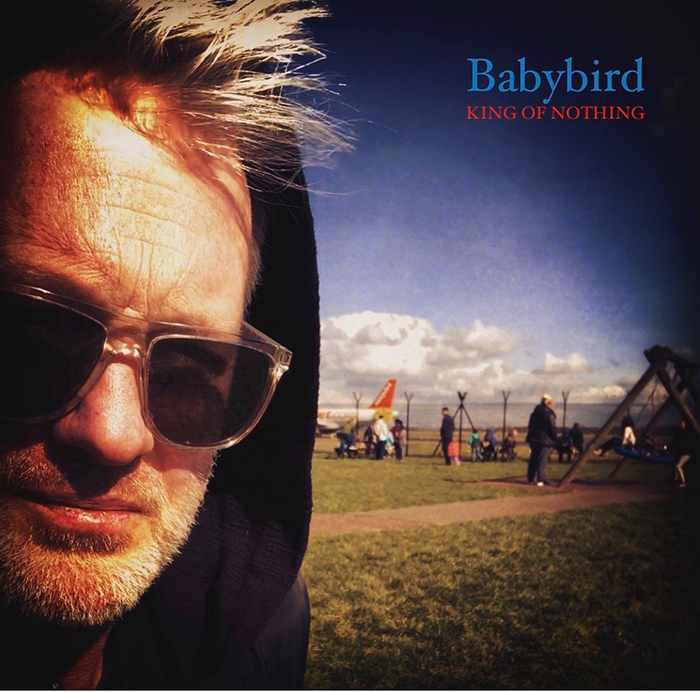 For the first time in 21 years, BABYBIRD will be releasing a vinyl LP. ‘Photosynthesis’ is out on 19th July 2019. A UK tour will follow in November, with tickets on sale now. Arriving just […]

Forget about ‘You’re Gorgeous’… Recorded two years after that big hit, this extraordinary, dark, and remarkable album was Babybird’s REAL main event. Released 20 years ago on 24 August 1998, ‘There’s Something Going On’ never became a massive seller […]