The Orb founder Alex Paterson has revealed 3 new projects for 2021; the launch of Orbscure Recordings record label, the first release on the label from Sedibus (Alex in collaboration with Andy Falconer) and biography ‘Babble on an' Ting: Alex Paterson's Incredible Journey Beyond the Ultraworld with The Orb’.

To coincide with today’s official announcement, Sedibus is pleased to share the video for the first track from ‘The Heavens’ album (released 28th May): an edit of the pulsating ‘Toi 1338b’.

Always keen to collaborate, ever-prolific, and with his creativity as flowing as ever, Orbscure Recordings is a new vehicle for Paterson’s impressive quantity of output in different groups which runs parallel to his continued music within The Orb. Set up under the Cooking Vinyl umbrella at the suggestion of label head Rob Collins, Orbscure will also be an outlet for new music from artists from around the world. “The name is a play on the Obscure label Eno set up on Editions EG in the 1970s. Orbs Cure. Clever parrot-Orbscure! Orbscure! Orbs Cure for all ills. Orbs Cure made 2 chill,” states Alex.

Having helmed the Orb collective for over 30 years, releasing music on other people’s labels in partnership with various label managers/A&Rs, Alex now finds himself in the driving seat, coordinating an even wider group of talent. Picking up from his past experience as an A&R for the legendary EG Records, there is already a raft of new releases in the pipeline with three albums set for release this year. The label will feature artists from Uganda, Kenya, Argentina, Japan and America with further collaborative projects to follow.

The first release on Orbscure Recordings is Sedibus ‘The Heavens’, an astonishing collaboration between Alex and original Orb member Andy Falconer who engineered/co-wrote the ambient sides of the ‘Ultraworld’ album back in 1991. 30 years have passed since that seminal release when the two were last in the studio together.

Alex and Andy’s paths crossed once again in 2019 at Youth’s Space Mountain festival in southern Spain, where both were playing separately before deciding to work together again. The album became a long-distance work with audio files, ideas and inspirations flying back and forth between England and Germany via email, telephone and the airwaves of WNBC radio. Mixed by Andy in Germany, the album made its final journey across the channel for mastering and compiling in England under Alex’s guiding hand.

An original deep space mission, ‘The Heavens’ imbues 30 years of experience, skill and insight. “Organic in feel and clearly referencing our shared roots, ‘The Heavens’ is an immersive journey of ambient electronica which not only references a source, but the distance travelled from that point of origin to something new,” says Andy.

From the euphonious soundscapes of ‘Afterlife Aftershave’ and the pulsating textures of ‘TOI 1338b’, to the irresistible beats and bombastic piano of ‘Unknowable’ and immersive deep ambiance of ‘Papillions’, ‘The Heavens’ sets the benchmark for an exciting new future for Orbscure Recordings.

About Babble on an' Ting: Alex Paterson's Incredible Journey Beyond the Ultraworld with The Orb

Published 28th May via Omnibus Press, ‘Babble on an' Ting: Alex Paterson's Incredible Journey Beyond the Ultraworld with The Orb’, is the first full account of his life story. Written by close friend and music journalist Kris Needs, the book reveals Alex’s traumatic Battersea childhood, boarding school abuse, punk's liberating impact resulting in roadying for Killing Joke, DJing, first recordings with the KLF’s Jimmy Cauty, The Orb and new record label. “I decided to do a book now as I have reached one full human cycle 60. Also, to tell my side of stories and to set the record straight on planet Orb,” says Alex. “Working with Kris was seriously brilliant fun. We have been friends and allies for decades now. He’s a beautiful man with a deep knowledge of all things secret and actually lived through some of the stories together.”

First-hand interviews include those with Youth, Andrew Weatherall, Primal Scream, Jah Wobble, Jimmy Cauty and a parade of other friends, collaborators and starship mechanics. 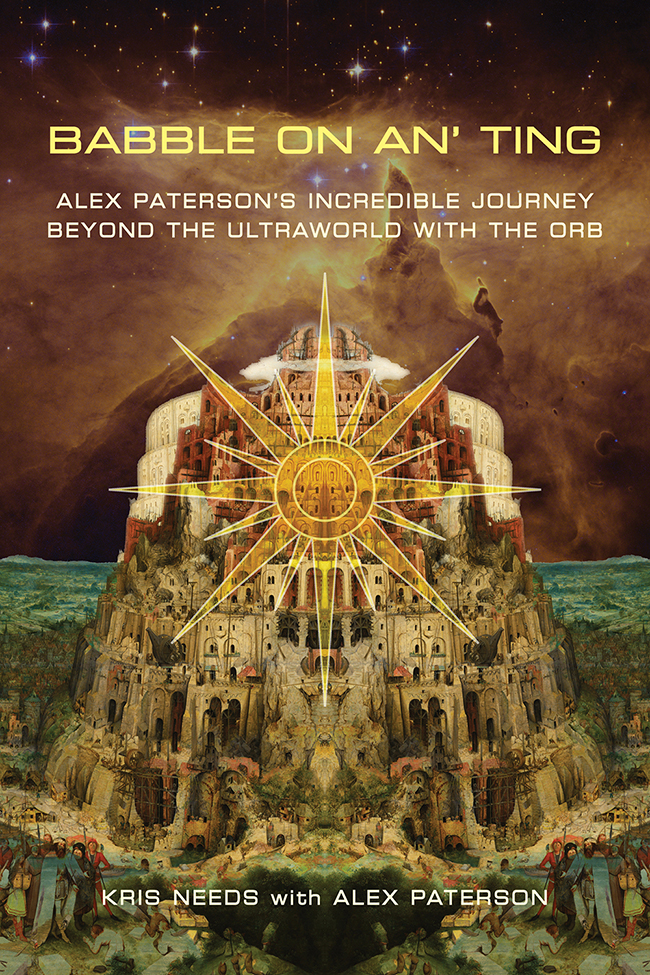 ALBUM REVIEW: The Orb - Abolition Of The Royal Familia

32 years after its formation, The Orb follows the genre-hopping 2018 treasure No Sounds Are Out Of Bounds with this equally cerebral new LP. Abolition Of The Royal Familia is the Alex Paterson helmed unit's...

As part of their 30th-anniversary celebrations and in anticipation of their forthcoming album, veteran electronic gods THE ORB are delighted to announce new single "Rush Hill Road". With vocals from rising reggae star Hollie Cook,...