The Amorphous Androgynous return with a 40-minute six-part epic rock odyssey Peter Hamill collaboration, ‘We Persuade Ourselves We Are Immortal’ out now on vinyl and CD here, available on all streaming services from 21st May 2021.

‘We Persuade Ourselves We Are Immortal’ was written with legendary Van Der Graaf Generator vocalist Peter Hammill, featuring Paul Weller on piano and guitar, and explores the theme of mortality and immortality. Creating an epic music production on a scale rarely seen these days, ‘We Persuade Ourselves We Are Immortal’ took 4 years to create, and was recorded with over 100 musicians, including a 25-piece string orchestra and 50-piece choir The Chesterfield Philharmonic.

This extraordinary piece of music segues from a 13-minute prog opera opener with Peter Hammill to full on post-modern backwards sampladelic beat splurge ‘Pysch Recap’ with disembodied vocals, to the finale ‘Symphony On A Theme Of Mortality’, which starts as a Vangelis circa Bladerunner soundtrack before lifting off into pure Floyd like female aria rock heaven with screaming guitar by Ray Fenwick (Ian Gillan Band and the Spencer Davis Group), and screaming diva Kendra Frost.

“I wanted this to be a no holds barred massive prog rock celebration that is rarely seen these days - but rather than the sound of 7 hippies hanging around my french chateau it’s very much a post-modern back to front sonic twist of a vision - very much studio-based balancing the best of what we do as sampling collage freakniks colluding with the most liberating musical performances I can inspire - very much moving forward rather than retreading the past!”

Listen to a clip - BELOW:

Music pioneers The Amorphous Androgynous (Garry Gobain and Brian Dougans) began to work together in 1990 as electronic luminaries Future Sound Of London racking up 8 Top 20 singles, a Top 10 album ‘Lifeforms’, followed by the Top 20 album ‘Dead Cities’. Using technology to change the way people consumed music, these electronic pioneers not only broke records as the first band to tour the world without leaving the studio with their audio-visual ISDN global broadcast, but they also had the first-ever commercially available digital download with ‘Lifeforms’ featuring Liz Frazer (Cocteau Twins).

Their next project was producing Noel Gallagher’s first solo album, following his split from Oasis. Noel claimed it was ‘the furthest out he’d ever been’, with the only tracks released from the album to date being ‘Shoot A Hole Into The Sun’, The Right Stuff’ and ‘The Mexican’, the latter two appearing on Gallagher’s number one album ‘Chasing Yesterday’, co-written & co-produced by The Amorphous Androgynous. The rest of the album remains myth and legend, fans often wondering where it is and when the other tracks will see the light of day.

It is fair to say The Amorphous Androgynous have played their part in reigniting the global psychedelic revolution with their Monstrous Psychedelic Bubble compilations, remixes, work as producers and beyond. And with ‘We Persuade Ourselves We Are Immortal’ they return to remind us of the profundity of their influence. 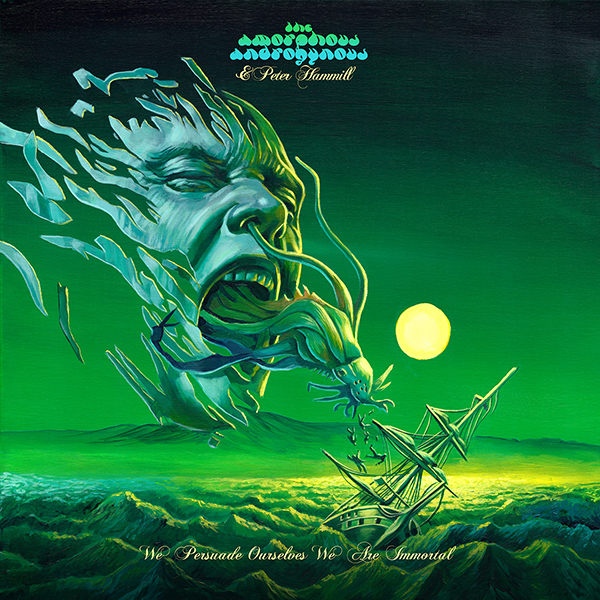 ‘We Persuade Ourselves We Are Immortal’ tracklisting:

1-We Persuade Ourselves We Are Immortal
2-Hymortality
3-The Immortality Break
4-Physically I’m Here, Mentally Far, Far, Away
5-Psych Recap
6-Synthony On A Theme Of Mortality

As a companion piece to ‘We Persuade Ourselves We Are Immortal’ there is of course A Monstrous Psychedelic Bubble remix album, featuring remixes and collaborations with the likes of Higher Peaks / Atomic Simao / Future Children / Regal Worm / Cobalt Chapel / Stoned Freshwaters / Steve Cobby’s ‘Sweet Jesus’, and many more. More mind-expanding news coming soon.

Today Noel Gallagher announced a new album 'Chasing Yesterday' to be released next year 2nd March 2015. a new single 'In The Heat Of the Moment' will be released on 16th November 2014. Noel will...

Noel Gallagher’s High Flying Birds today announce the ‘Wait And Return EP’ – a special remix collection of tracks which will be released exclusively for Record Store Day 2019 on Saturday 13th April. Released as a limited edition 12” pressed on...

Noel’s latest single is announced as ‘Ballad Of The Mighty I’ from his new album ‘Chasing Yesterday’! The track features Johnny Marr on guitar. The official video was unveiled today Which you can watch below....