The phrase ‘recorded in lockdown’ feels overused at the moment. This, however, is exactly what Starsailor frontman James Walsh has done with his new EP. What else was he gonna do? He had the setup and the time, and during those three months of isolation James picked up a guitar and the songs came pouring out.

“In other circumstances, I might have held back these songs, overworked them or waited until the perfect studio environment became available” explains James, “but I’ve written a set of songs I’m proud of.”

Here we have five tracks presented as an EP – ’The Places Where Our Love Begun’, released on August 21st on all digital platforms. Each track clocking in at under 3 minutes, the raw production lets the songs do the talking.

Title track ‘The Places Where Our Love Begun’ was written about “the feeling when you know you’re falling in love with someone”. James explains “It’s not usually when you’re proposing on top of the Eiffel Tower. It’s when you’re pacing the living room floor waiting for a text back, worrying if a joke or a funny observation has misfired. Organising your day full of distractions so you’re not constantly thinking about this person. It’s an amazing but quite stressful experience. Especially when you’re not fully sure if it’s reciprocated yet.”

James’ vocal is as strong as ever. Both soft and powerful when necessary. Floating over the soft strummed guitar.

’See Me Through’ hints at Bill Withers, another romantic song about “someone pulling you through the hard times.” ‘Life is a string of missed chances, I know you’ll see me through’ sings Walsh.

The final self-penned track on the EP ‘Leap Of Faith’ features a Simon and Garfunkel-esque ‘hummed hook’, something James put together after watching the recent ’Songs Of America’ documentary. “It’s about all the times you feel like it’s the last straw. You’re not going to get carried away with another dream. Then lo & behold something comes up that just might go somewhere and you’re fantasising the best possible scenario again.” 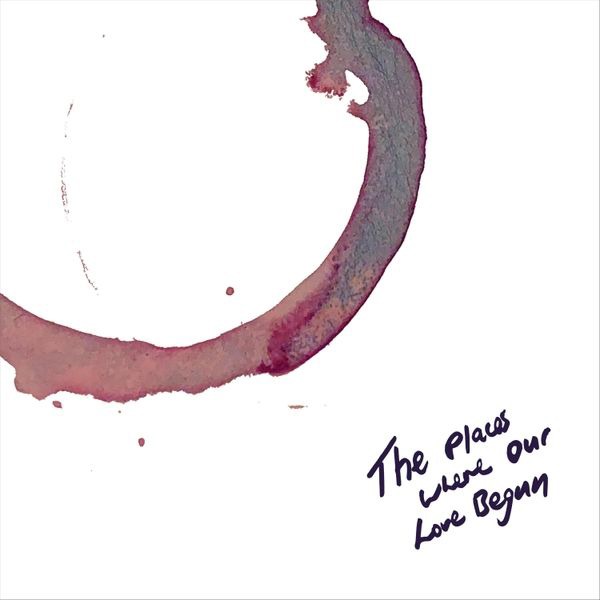 The EP closes with a cover of the Dougie McLean classic ‘Caledonia’, a heartfelt and fragile tribute to James’ homeland. “I’ve always felt proud of my Scottish roots from my mother’s side. I think the fact that it’s ‘Caledonia’ as well rather than Scotland gives it an extra quality. I hope I’ve done it justice.”

Oh and that title. James notes: “I did stress a bit about the slight grammar mistake but decided that it was meant to be. Call it poetic license. Or it’s written in Lancastrian English :)”

James will launch the EP tonight, with a special live stream from the Ferdinand pop up hotel by Cervo, in the alpine region of Zermatt, Switzerland. “Having played here a few times during the Zermatt Unplugged festival over the years I feel a warmth from the people & affinity with the place, so it felt like the perfect location to launch the EP.”

’The Places Where Our Love Begun’ is released on August 21st.

British quartet Starsailor, have announced their brand new album All This Life, set for both physical and digital release on September 1st via Cooking Vinyl. The triumphant lead track ‘Listen To Your Heart’ is now […]

STARSAILOR – Announce digital deluxe edition of their latest album All This Life, and new video

Starsailor has announced the release of the digital deluxe edition of their latest album All This Life, which will be available to download/stream here from tomorrow (October 27th) and includes acoustic versions of 4 songs […]