Recorded during the lockdown in July 2020. Spear of Destiny have recreated and re-imagined the now-classic 1985 top 20 hit ‘WorldService’. With Kirk never being happy with the sounds and mix on the mid-80s original., this is an altogether different affair. Massive drums, guitars and voice coupled with wonderful keyboard sounds and real soulful brass take these amazing sounds to dazzling new heights.

The original recording of this album was done in 1985. It was produced by seminal DJ Rusty Egan of The Blitz/Visage etc fame. He was brought in at my behest as no one, either management of band could agree on a producer. Rusty produced what many have said is a classic album of Spear songs, both press and fans alike.

You could say why to re-record what is a classic album from the 1980s. You’d have a point. But, it has been my intention to re-record this set of songs much more in line with what I feel they were originally written for, much more of a rock album, as opposed to a pop/rock album.

With the original recording, there was a lot of compromises, which to my mind today, meant the albums worth of songs was never done the justice it deserved. I’m not trying to rewrite the past, I’m trying, and I believe we have succeeded, in doing this album justice, finally, to how it was meant to sound.

I can only thank my long-standing band members, for helping me to achieve this with their sympathetic ears. We have played songs from this album for decades and I knew on this occasion, we would all step up to the mark with its re-recording. The proof is in the pudding. 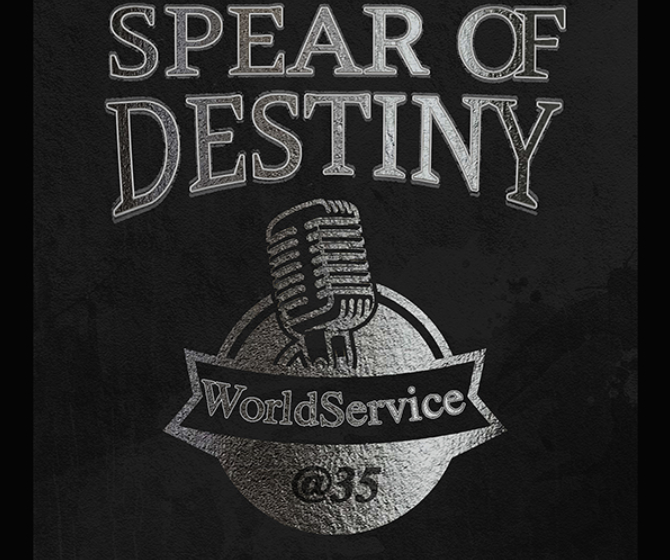 Once In Her Lifetime

Somewhere In The East

Walk In My Shadow

One Eyed Jacks was the band's 2nd release on the major label Epic Records. For many original fans, this is 'the' Spear of Destiny album. Kirk Brandon has constantly held and spoken of his belief...

KIRK BRANDON Confirms 2019 dates with Spear of Destiny, Theatre of Hate and The Pack

SPEAR OF DESTINY was formed in 1983 after the demise of Kirk Brandon’s post-punk iconic rockers THEATRE OF HATE. (Brandon had also, before TOH, been the main man in every punk rockers favourite band of...