This January, Sleeper release their “lost” album, ‘This Time Tomorrow’. The band’s 5th full-length studio album, and technically a prequel, the ten tracks were recorded between 1999 and 2000 in North London and finished in Brighton during the lockdown, 2020.

‘This Time Tomorrow’ includes songs Andy and Louise wrote together in their attic post-Sleeper split, and tracks demoed by guitarist Jon Stewart, who’d run away to live in LA by this time. Four of the songs are part of a solo album Louise had begun making that was never finished.

The band decided to finish the tracks last year when they were forced to stop touring by the Covid-19 pandemic.

“These are tracks that have been sitting on our hard drive since the 90s,” says Wener. “Songs we’ve lived with and loved all this time. With all the restrictions of lockdown they resonated in a way I wasn’t expecting. ‘Goodbye Things to Do’ was written at a time when I was completely lost and I felt there was no way forward. I think everyone’s had moments like that this last year. Opening track, ‘Tell Me Where You’re Going’ in particular seemed to sum up the way the world is feeling now as if life is on pause.”

The record features 4 tracks produced with long time George Michael collaborators James Jackman and Niall Flynn. The track ‘We Are Cinderella’, includes a small backing vocal contribution from George, who let Louise and Andy use his studio in Highgate during downtime.

“George was incredibly generous letting us use his studio. We were out of our record deal and had nowhere to go. He was superbly knowledgeable about production and mixing and helped with my vocal on Cinderella. He sang a backing vocal part in the last two choruses because he liked the track. It was thrilling to have one of my teen heroes offering advice and contributing to my song in that way. I love listening to it now. It feels like a very special moment.”

‘Cab Song’, ‘Let’s Start a Fire’ and ‘Hard Hat’ are the other tracks to emerge from this session. A further six tracks feature on the album including two mixed by Cenzo Townshend. None of the songs were ever released.

By this time Louise had finished her first novel, ‘Good Night Steve McQueen’ and collectively the band were drifting away from music. Sleeper re-formed in 2017 to play a sold-out show at London’s Shepherd’s Bush followed by extensive UK tours and festival appearances, including Latitude. In 2018 they released their critically acclaimed comeback album, ‘The Modern Age’ made with long-time producer Stephen Street. 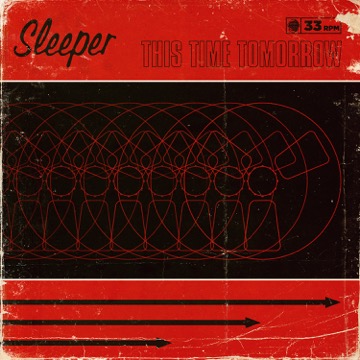 SLEEPER have unveiled the video for their current single ‘Look At You Now’ and announced a handful of in-stores. The recently-reformed 4-piece will pitch up at 3 records stores in March to perform tracks from...

This January, Sleeper release their “lost” album, ‘This Time Tomorrow’. The band’s 5th full-length studio album, and technically a prequel, the ten tracks were recorded between 1999 and 2000 in North London and finished in...