Sinéad O’Connor marks her long-awaited return with a stunning interpretation of ‘Trouble of The World’, a traditional song made famous by exalted gospel singer Mahalia Jackson. The track was produced by David Holmes (Unloved) and is accompanied by a video directed by Don Letts.

All revenue from digital sales of ‘Trouble of the World’ will be donated to Black Live Matter charities.

Released on today via Heavenly Recordings, ‘Trouble of the World’ follows the-ever-more pertinent ‘Trouble Soon Be Over,’ Sinéad’s contribution to 2015’s Tribute To Blind Willie Johnson compilation, and once more exudes the heart and soul of this extraordinary performer.

Sympathetic to its origins, the heartfelt, evocative tones propel this impassioned rendition to the present its poignancy highlighted by a remarkable artist who leaves her own indelible mark on this topical realisation whilst realigning with a positive viewpoint.

In her own words, Sinéad explains; “for me, the song isn’t about death or dying. More akin, a message of certainty that the human race is on a journey toward making this world paradise and that we will get there.”

The inspirational lyrical narrative that underpins ‘Trouble Of The World’ unfortunately bears more relevance than ever today in the context of the death of George Floyd and the highlighting of the persistent racist undercurrents that trouble mixed societies across the globe.

The accompanying video sees Don Letts – musician, DJ, band manager, video director and stalwart campaigner of society’s failures – join forces with Sinéad to create a thought-provoking visual partner for the track. Filmed in South London – the street scenes were shot on Peckham Rye and coupled with the unique backdrop of Peckham’s Grade-Two listed Asylum chapel in all its distressed beauty – the black and white imagery of Sinéad interspersed with the real-time stills of demonstrations provide an incredibly emotive ally to the song.

Watch Sinéad O’Connor – ‘Trouble of the World’ – BELOW:

‘Trouble Of The World’ coupled with an a Capella version is available to purchase from the Heavenly Bandcamp from 08.00 on Friday 2 October– a Bandcamp Friday which sees the online outlet waive their distribution fees – and will see all profits donated to Black Lives Matter charities. Sinéad has also allocated all her profits as a donation to Black Live Matter charities which not only aid various causes but highlight the inconsistencies in society.

The song sees Sinead joining forces with renowned producer David Holmes, and recorded in Belfast, Northern Ireland at the easing of the lockdown it shares an uncanny albeit eerie symmetry with our new trouble of the world backdrop and once again Sinéad awakes our souls to the ironies and similarities of our collective past and present. The pair have created a sonic tonic and shout out to the powers that be as a voice of the people still questioning all-too-frequent events such as witnessed over the past few months that ensue decades since the nascent birth of the civil rights movement in the United States.

Embodying a voice with beauty and innocence, a spirit part punk, part mystic with a combined fearlessness and gentle authenticity – unique, uncompromising, a pioneer, a visionary, just some of the descriptions that perhaps merely touch the surface of Sinéad O’Connor. 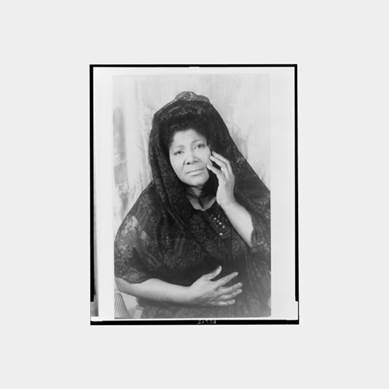 ‘Trouble of the World’ is out today via Heavenly Recordings.

Baxter Dury has shared the Roger Sargent-directed video to ‘Listen’, the latest single from his critically acclaimed fifth record Prince of Tears, released 27th October 2017 via Heavenly Recordings. “Listen is an austere message on […]

Le Volume Courbe releases a brand-new EP, Fourteen Years, via Honest Jons Records on November 13. It is the first in a series of three EPs that will combine to make up the third album […]