Think you know everything there is to know about indie band Shed Seven? Well, now’s your chance to prove it! Shed Seven fans are being given the ultimate opportunity to prove their credentials in a live contest that will see them go head-to-head with the five members of the band.

The Shed Seven themed quiz, which will be streamed live on Shed Seven’s Facebook page on Thursday night (28th May), is being hosted by SpeedQuizzing, a quiz tech company co-founded by Shed Seven drummer Alan Leach. It will see fifteen lucky fans go head-to-head against Rick and the band over a series of fast-paced rounds covering everything and anything related to Shed Seven.

In order to be in the running for one of the fifteen spots, fans simply need to take part in a heat quiz event. There will be three heat events – essentially virtual quizzes - which will be run over three consecutive nights from Monday 25th May at 9 pm, and participants can join any of these. The top five players from each heat will qualify to take on band members Rick, Joe, Tom, Paul and Alan on Thursday night.

Alan comments: “You’d think that being in the band the quiz is based on would give us a pretty tasty advantage here, but I fear the opposite may prove true.

“It’s probably fair to say that some of our memories of being in the band over the last 25 or so years are a little hazy, to say the least. Combine this apparent memory-loss with the fact that we have some very loyal and knowledgeable fans out there, and I think you start to get a fair assessment of our chances!

“Our aim, other than trying not to embarrass ourselves too much, is to have a bit of a laugh with a few fans and hopefully provide a little entertainment to anyone watching at home.” 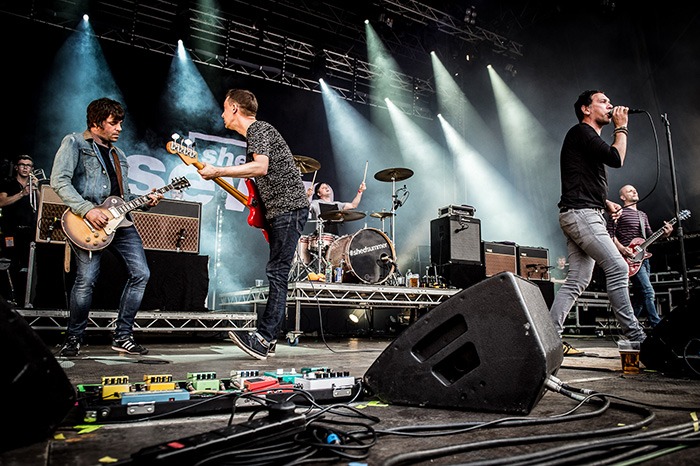 This is the latest in a series of SpeedQuizzing Live events featuring members from well-known indie bands spanning the last three decades. The first quiz featured an array of frontmen and women from the likes of Shed Seven, The Bluetones, Dubstar and The Seahorses, while the most recent contest saw drummers from the likes of Supergrass, Kaiser Chiefs and Jake Bugg, battle it out.

Anyone wanting to participate in one of the heats can find out more detail on what to do here.

ON THE TURNTABLE: Shed Seven - A Maximum High

Short, sharp and frank reviews from a confessed vinyl junkie. I'll be posting my most loved records and most recent purchases right here for your perusal every week. Orange vinyl reissue of The Shed’s sophomore...

Shed Seven have announced their biggest ever UK tour to date for November and December 2019 including a home county show at Leeds First Direct Arena – their first ever headline arena show! The York...

Following the sell-out success of the 2015 Shiiine On Weekender, the festival which showcases the best of indie and dance music, alongside some of the best up and coming new bands, returns in 2016 with...