Jo O’Meara enjoyed phenomenal success with S Club 7 as the group landed four UK #1 hits, won two BRIT Awards and repeatedly packed arenas all over the UK. Now one of British pop’s most distinctive voices is set to return with the news that her new solo album ‘With love’ will be released on August 27th. The album has today been launched alongside its first single ‘On The Surface’.

And how better to mount a comeback than with a song like ‘On The Surface’? The voice that powered some of the era’s most irresistible pop classics is back and sounding better than ever before. Full of passion and soul, Jo’s timeless vocal is the midas touch that elevates an already elegant power ballad to new heights. It’s reflective and emotional too, as Jo sings about how we portray ourselves and how we can be let down by how others choose to portray themselves.

Jo says, “This song is about how we can keep things bottled up inside, And people never knowing the true pain of what maybe inside someone! Sometimes it’s easier to put on a smile! Everyone is ok ….. on the surface ❤️”

‘On The Surface’ is one of six co-writing credits that Jo has on ‘With love’, an album that explores a huge range of emotions. Just as powerful as the lead single, ‘Closer’ is a future wedding classic, while the incredibly moving ‘Lay Your Hurt On Me’ was written in dedication to a friend who was battling cancer. That friend never had a chance to hear the finished song, which was eventually heard for the first time at his funeral. But there are hugely uplifting moments too, including the inspirational modern pop of ‘I’ll Be There’, a reflection of her country roots on ‘I Hope You Dance’ and some R&B-tinged flavour on the upbeat ‘Sweet Surrender’.

Listen to ‘On The Surface’ - BELOW:

There are also some engaging throwbacks to the past, too. An acoustic version of ‘Don’t Stop Movin’’ is a reminder that there’s exemplary songwriting at the heart of every smash hit, while ‘Relentless’ is a new acoustic take on the title track of her 2005 debut solo album. Factor in some fresh interpretations of ‘80s classics ‘Missing You’ and ‘Heaven’, and you have a set that rewards all of the effort that Jo put into the project.

“I’ve made this album with all my love,” she says, “but I’m also sending it with love to all the fans out there that have been so supportive to me for all of these years, through the ups and downs. I’m so proud of what I’ve done with this album, and I can’t wait for everyone to hear it.”

At the start of 2020, Jo had the urge to return to recording. She got back in touch with her previous collaborator, the Grammy-winning producer Brian Rawling, and had begun work at Metrophonic Studios before that week was out. While lockdown inevitably made the process a whole lot more complicated, ‘With love’ took shape with the help of Zoom sessions and other key Metrophonic producers, notably Paul Meehan and Kjetil Mørland.

Jo’s experiences have taken her a long way from growing up on Collier Row, near Romford, Essex. As a teenager, she sang country classics at working men’s clubs before joining an early incarnation of the British-American girl group Solid HarmoniE and working with a young Max Martin. Everything went stratospheric with S Club, before she launched her solo career with the hit single ‘What Hurts The Most’. She even attracted the attention of Richard Carpenter, who wanted Jo to record an album in which she would add her voice to songs his late sister Karen hadn’t had the chance to record. But now ‘With love’ feels like Jo has finally become the artist she always dreamed of being. 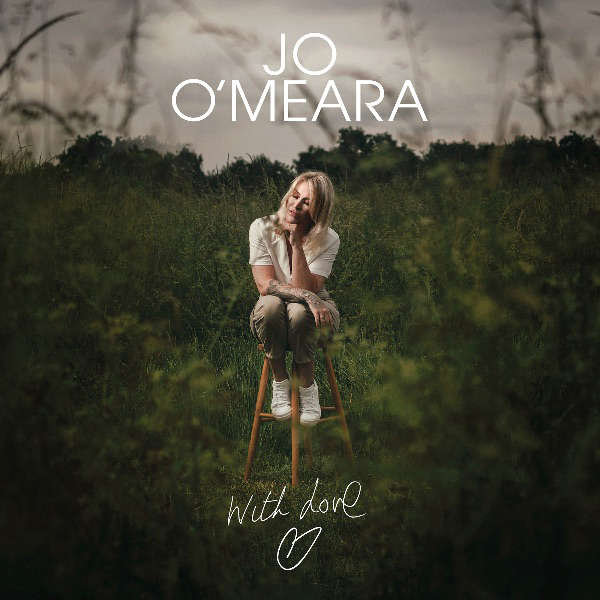 ‘With Love’ tracklist:
‘I’ll Be There’
‘On The Surface’
‘Breathe In’
‘Closer’
‘I Hope You Dance’
‘Lay Your Hurt On Me’
‘Pieces’
‘Sweet Surrender’
‘Missing You’
‘Relentless’ (Unplugged)
‘Heaven’
‘Don’t Stop Moving’ (Unplugged)

After putting her heart and soul into her forthcoming solo album ‘With Love’, Jo O’Meara discovered that love was returned to her in abundance with a huge fan reaction to its launch. The album rapidly...

In comparison to the overwhelming success and hectic schedule of S Club’s glory days, Jo O’Meara has kept a relatively low profile in recent years. But when your voice and classic hits have soundtracked so...

In comparison to the overwhelming success and hectic schedule of S Club’s glory days, Jo O’Meara has kept a relatively low profile in recent years. But when your voice and classic hits have soundtracked so...