Ricky Gervais will bring his newest live show ‘SuperNature’ to 3Arena, Dublin on Friday 29 May 2020 as part of his international tour.

Tickets priced from €44.50 including booking and facility fee go on sale this Friday 06 March at 9.00 am from Ticketmaster and usual outlets nationwide.

Considered one of the most influential British comedians since Charlie Chaplin, (he received the Charlie Chaplin Britannia Award for Excellence in Comedy 2016 BAFTA/LA) Ricky Gervais is returning to stage with ‘SuperNature’ in 2020, following the global success of his recent Netflix stand-up special ‘Humanity’.

The creator and star of The Office, Extras, Derek, and the critically acclaimed recent hit After Life (Netflix), Ricky Gervais has won countless awards. Having enjoyed huge critical success for the outstanding first series of After Life, which was released on Netflix in March 2019, Ricky has since written and finished filming on a second series, which will land on Netflix in 2020. His hit series The Office is the most successful British comedy of all time, shown in more than 90 countries with seven remakes. 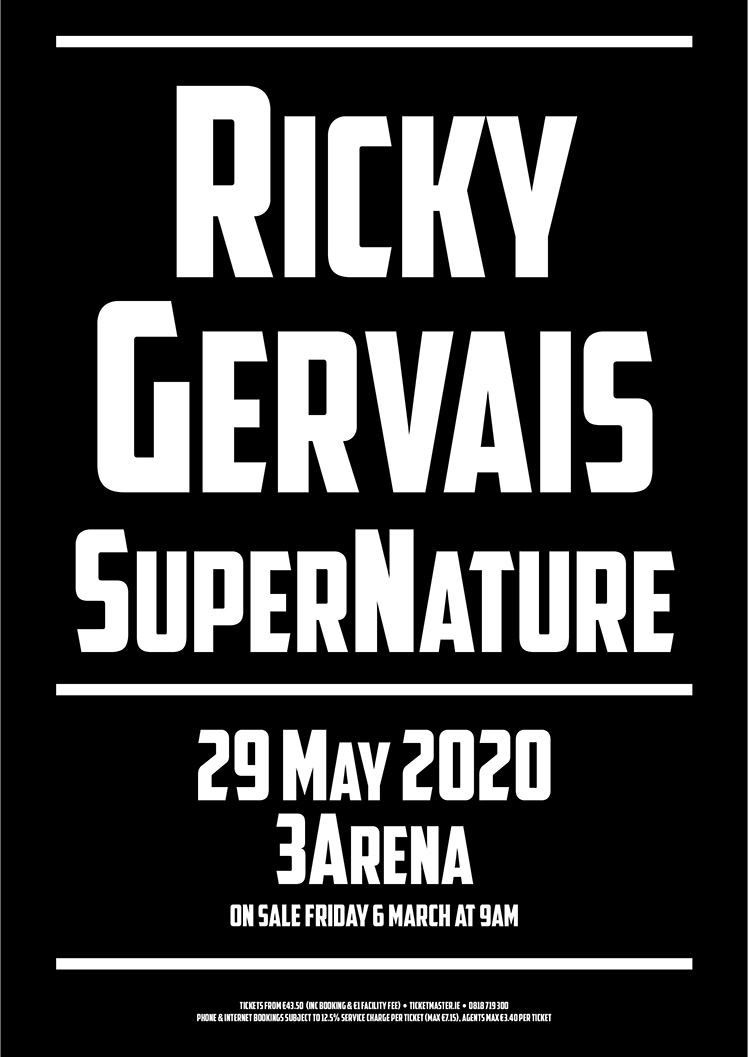 Sigala is one of the UK’s most respected and influential electronic music producers with 7 platinum singles, 10 million worldwide sales, 10 million monthly listeners on Spotify and over 2 billion streams under his belt....

Classic Album: U2 - The Unforgettable Fire

In 1984 the four young men from Dublin who comprise U2 found they had come a long way in a relatively short period of time. With the release of their third album War in 1983,...

After thousands of sold out shows, it’s clear - Bon Jovi = One Wild Night. One of the planet’s biggest rock bands, Bon Jovi announces their return to Ireland, continuing a triumphant world tour that has visited the USA, Canada, Brazil,...