The announcement of What You Gonna Do When The Grid Goes Down? and their return to Def Jam -- a cultural institution that they helped build -- was heralded around the globe last week with the group’s iconic logo projected onto some of the world’s other most iconic cultural institutions including the Eiffel Tower and Moulin Rouge in Paris; Parliament, Marble Arch & Tate Modern Museum in London; and more - watch HERE.

The album is led by the single “Fight the Power: Remix 2020,” reconceptualized by Public Enemy with Nas, Rapsody, Black Thought, YG, Jahi and Questlove for the 2020 BET Awards in June, and officially released as a single along with the album announcement last week. It also includes Public Enemy’s recent single, “State of the Union (STFU),” produced by DJ Premier. The track holds nothing back as it calls out Donald Trump and his destructive reign.

What You Gonna Do When The Grid Goes Down? will be released on September 25th via Def Jam Recordings and is available now for pre-order, along with exclusive Public Enemy merchandise at www.publicenemy.com. Today, September 1, Chuck D will answer questions from fans about the album during a Facebook Live session starting at 5:00 pm GMT / 12:00 pm EDT / 9:00 am PDT. Tune in live via https://www.facebook.com/publicenemy. 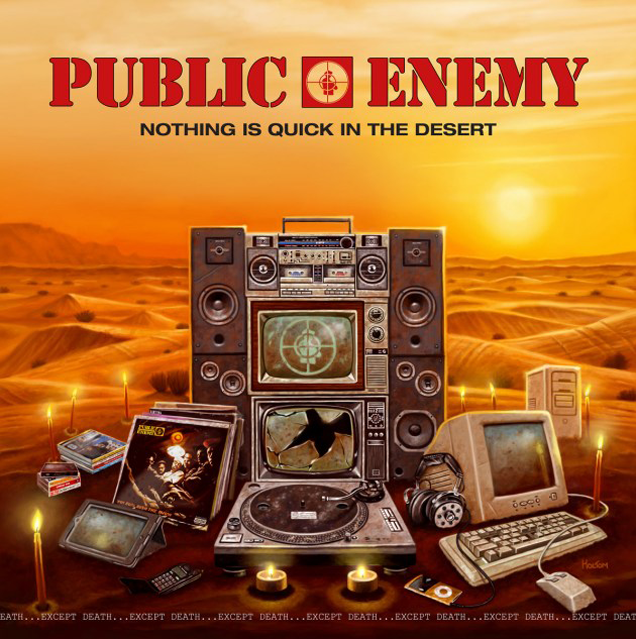 ‘WHAT YOU GONNA DO WHEN THE GRID GOES DOWN?’ TRACKLIST

After over two decades, Public Enemy - the iconic group whose message of revolution, social justice, and racial equality is more potent and necessary today than ever - finally reunites with the historic label it...

Public Enemy are celebrating their 30th anniversary and are giving fans a free gift of new album Nothing Is Quick in the Desert, which they dropped today as a free download. The new album has...