Watch the video for ‘You Can’t Keep It From Me Forever,’ directed & edited by Roger Sargent, filmed by Katia de Vidas, and shot in a bunker in Normandy last week, below:

‘The Fantasy Life of Poetry & Crime’ will be available on Vinyl (in multiple colours), CD, cassette and digital download along with exclusive and signed items from the Official Store.

The full tracklisting is:

The Fantasy Life of Poetry & Crime
The Epidemiologist
The Ballad Of.
You Can’t Keep It From Me Forever
Yes I Wear A Mask
Rock & Roll Alchemy
The Monster
Invictus
The Glassblower
Keeping Me On File
Abe Wassenstein
Far From The Madding Crowd 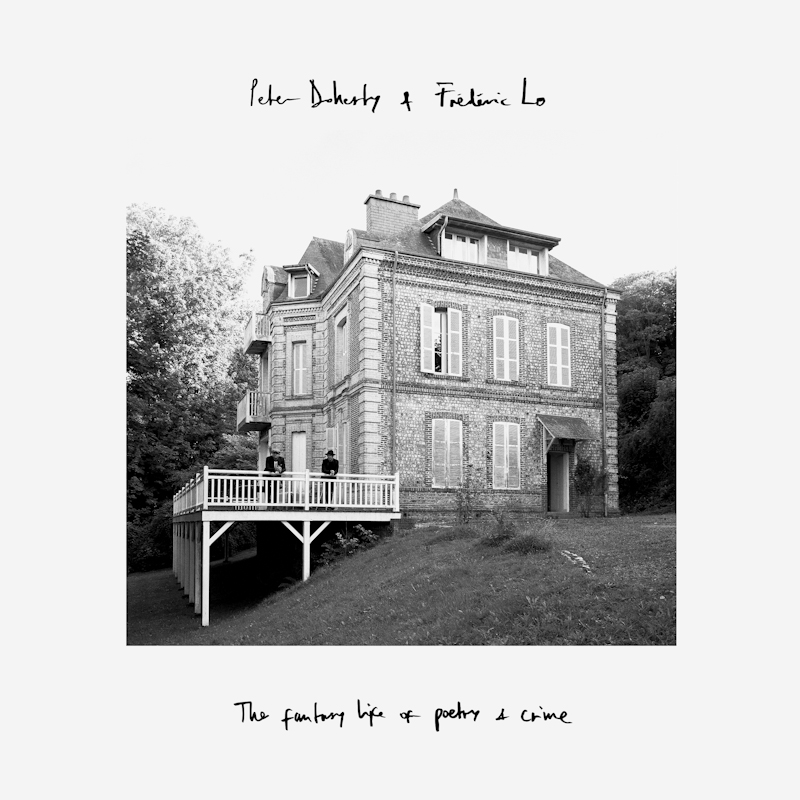 ‘The Fantasy Life of Poetry & Crime’ is another beguiling left turn by one of our most prolific artists, Peter Doherty, once again defying those critics who have written him off, and producing his finest work to date. Peter’s deft lyricism combined with Frederick’s delicious francophone musical arrangements is a marriage made in heaven.

Written during lockdown and produced by Frédéric Lo ‘The Fantasy Life of Poetry & Crime’ was recorded at Cateuil in Étretat (Normandy) and Studio Water Music in Paris and mixed by François Delabrière at Studio Moderne, Paris. All words are by Peter Doherty and music by Frédéric Lo.

Frédéric Lo is a French musician, musical director, composer, arranger, music producer and singer-songwriter. Living in Paris, Lo is most notably known for his work in duet with Daniel Darc and for his work with Pony Pony Run Run, Stephan Eicher, Maxime Le Forestier, Christophe Honoré and Alex Beaupain.

Live dates in the UK and Europe by Peter Doherty & Frédéric Lo will be announced shortly.

Peter Doherty & The Puta Madres release a new live video of the song ‘Kolly Kibber,’ filmed and recorded live by Roger Sargent in Berlin at Huxley’s Neue Welt on 25th February. There will also...

The longevity of The Libertines was always a bone of contention. Having split up in 2004, both Barât and Doherty moved on to several new bands and solo projects. After a six-year wait there was...

It's been 7 years since the Shambolic Genius known as Peter Doherty has released a solo record, and almost 2 years since the former heroin dependent Libertines front-man got clean and sober. Yet if Hamburg...