Paddy Hanna today shares new single Sinatra from his upcoming album The Hill, out October 16th via Strange Brew. The album is produced by Dan Fox of Girl Band and Paddy counts Burt Bacharach as a huge admirer. A cult figure in Dublin, often described as one the most of influential figures in the alternative Irish music scene - Fontaines DC have referred to him as one of their “favourite artists in the world”

Paddy Hanna on the new single - “I was given an Italian Chord organ from a friend as a gift, it was built in the early 60s and I was really rather taken by its sound, a sort of airy creakiness. When I sat down to play it for the first time I wrote Sinatra, which is I suppose a sort of Italian Murder ballad. I’m not sure why I would write such a song, to be honest, I may have been in a vengeful mood, or perhaps the Chord Organ had some dark secrets and wanted to channel them through my fingers! We may never know"

Watch the video for 'Sinatra' - BELOW:

The album features Girl Band’s Adam Faulkner and Daniel Fox on Drums & Double Bass, Daniel Fitzpatrick (Badhands, The Mighty Stef) on guitar & Keys and Jill Redmond on Vocals. The record was produced by Daniel Fox and the artwork was designed by Jill Redmond. Paddy says, tongue firmly in cheek “I wanted to know what a Girl Band folk album would sound like”

Before lockdown Paddy toured and performed with Burt Bacharach, after bringing Paddy onstage for "Raindrops" with him in Galway, the great man whispered in his ear "You did good kid". "I was tremendously fortunate to be able to hang out with him and his family a lot during this time, it was like a family holiday by the end," says Paddy. Paddy has also shared stages with B.C. Camplight, Joan as a Policewoman, Rozi Plain, Villagers, Billy Ocean (Yes, that Billy Ocean), Cate Le Bon.

Paddy explains further about the album – “We lost ourselves on the Hill, Daniel, Daniel, Adam and I. a seemingly endless spell of isolation spent banging sheet metal, rusted hubcaps and blistering our fingers through non-stop recording.

The Hill is an internal musical about how the past and the present exist at the same time in our minds. It deals with the struggles of mental health, the sometimes difficult search for happiness and the moral conflict of growing up in Catholic Ireland.

Most importantly, however, I just wanted to put the past behind me on this record, I wanted to leave it on the hill. I hope you enjoy my therapy”. 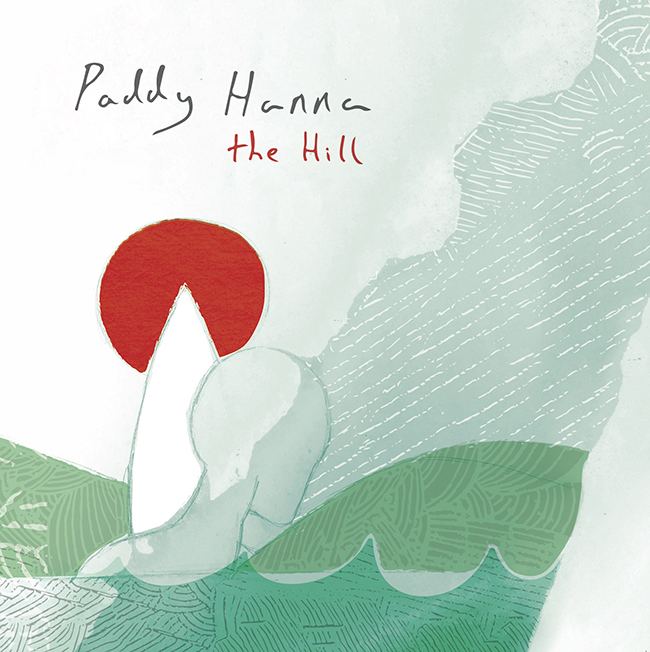 Paddy Hanna is set to release his new album Frankly I mutate on March 2nd. Paddy’s career to date has not been conventional. A cult figure in the Dublin music scene, he has released numerous...

Paddy Hanna today shares new single Colosseum from his upcoming album The Hill, out October 16th via Strange Brew. The album is produced by Dan Fox of Girl Band and Paddy counts Burt Bacharach as a huge admirer. A cult figure in Dublin, often described as one the...