Conceived during the “most extraordinary” months of lockdown, ‘A Sound Track to An Imaginary Movie’ began life one afternoon in summer 2020 when Cradock felt struck by inspiration. “I had a spliff outside my studio, and then just went in and recorded the first two tracks in one go,” he explains. “It just flowed, and it felt really trippy, just like that time did.”

The music that poured out in subsequent sessions suggested to Steve an imaginary film soundtrack – hence the album title – with many of the songs exuding a quiet, hymnal grace and a profound sensation of stillness and inner peace. Hints of Eric Satie, Burt Bacharach, Ennio Morricone and Philip Glass can be detected – together with a piquant flavour of the jazz and classical greats. “I’ve become a big Radio 3 fan, it must be my age,” laughs the guitarist.

One of spiritual jazz’s foundational works was a particular influence. “I was listening to John Coltrane’s ‘A Love Supreme’ a lot at the time, which starts with a gong,” Steve explains. “My wife Sal and her mates do Sound therapy using gongs, and they talked to me about the power of repetition in healing. I got into this whole theological discussion with them – it all goes hand in hand with the idea of sacred geometry and the 432 hertz scenario, where concert tuning used to be a semitone or so lower. So, I can hear, and feel, bits of those conversations in the music.” 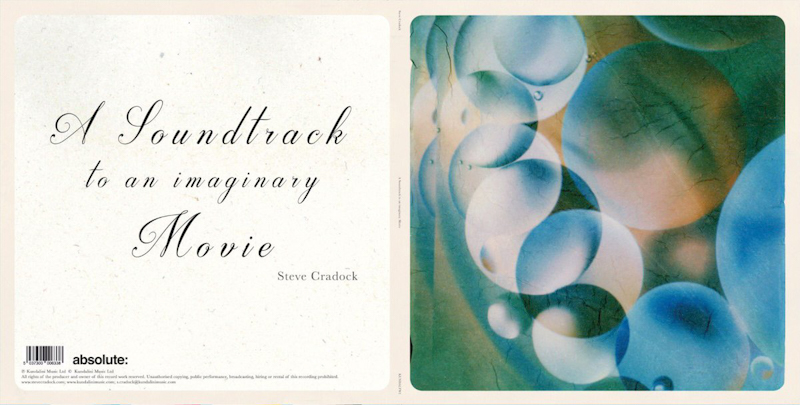 One of the most moving tracks, Sarcoline – each takes the name of a rare colour – grew from a demo recorded around the time of ‘Peace City West’, and features saxophone by UB40’s Brian Travers, who sadly died last year. “It’s beautiful that Brian plays on it,” says Steve. “I embellished the original recording, using the idea you’re walking up the stairs of a club and can hear different sounds coming from each different floor. Three scenarios with the same repeated melody.”

Famously down-to-earth, Cradock is keen to impress that ‘A Sound Track to An Imaginary Movie’ is in his mind essentially a folk record. “I’m not having visions of grandeur as a composer,” he concludes. “Enrico Berto, has been great at making these recordings feel 3-D, he brought out some amazing stuff in them when mixing. But ultimately, I could play most of these tunes on an acoustic guitar.”

‘A Sound Track To An Imaginary Movie’ is released on the Kundalini label on June 10th.

A monthly look back at the music we were listening to exactly twenty years ago. All of these singles were released back in June 1998. You can read a bit about each individual track and...

Widely regarded as one of the UK’s most successful songwriters, Paul Weller’s 15th solo album is set for release early in July. He speaks to Neill Barston about coping with lockdown, a dislike of music...