The album begins with a handful of soul-stirring performances from Ronnie and his band (himself on guitar and vocals, Anthony Toner on guitar and vocals, Nick Scott on bass, John McCullough on piano and Hammond organ, Peter McKinney on drums), and builds in intensity as the night progresses, with songs from Ken Haddock, Grainne Duffy and Kyron Bourke.

Also adding their considerable musicianship to the evening are horn maestros Linley Hamilton (trumpet), Dave Howell (saxophone) and bassist Gerry McWhinney. Throwing out blistering solos and swinging vocal takes, the band and friends proceed to burn their way through a catalogue that includes classics by everyone from T-Bone Walker to Van Morrison and Massive Attack.

One of the most venerated guitarists of his generation in Northern Ireland, Ronnie emerged from the dance band scene in the late 60s and went on to shine as guitarist with the Jim Daly Blues Band and in revered groups like Bronco during the glory days of The Pound in Belfast. More recently, his partnerships with Jackie Flavelle and Kenny McDowell continued to showcase his own hybrid of driving Chicago blues with a twist of jazz.

As a sideman, he has shared the stage with some of the biggest names in the business – including Dr. John, Lowell Fulson, Phil Guy, Johnny Mars, Sonny Terry and Brownie McGhee and many more.

Over the last decade, Ronnie and his band have cemented a wonderful reputation on the live blues circuit, notching up sold-out shows and standing ovations in arts centres, theatres and festivals across the country. He believes the band’s success is down to a combination of tightly-arranged grooves, serious musicianship and a fun onstage atmosphere.

‘I really wanted to capture the sound of the band in full flight,’ says Ronnie. ‘And by the time we had finished this recording, it felt like we had got the atmosphere down on tape. It was only later when we listened to the mixes that we realised we’d captured even more, in the way that the band stretched and extended itself to meet the performances of the special guests. I’m over the moon with how well it sounds.’ 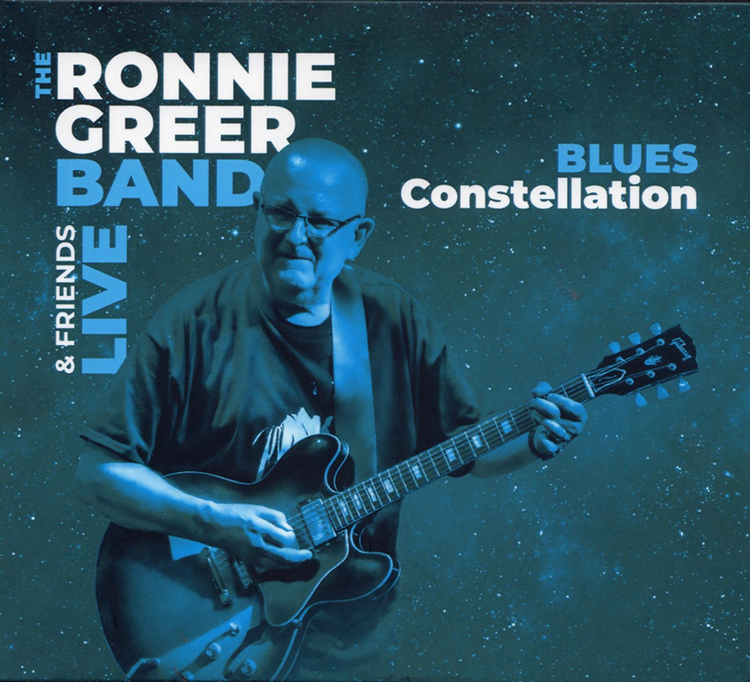 UPDATE: Plans for a special launch concert at Ards International Guitar Festival in April - with all of the guests featured on the album - have unfortunately been shelved due to the Coronavirus outbreak.

IRON MAIDEN will return to Northern Ireland next year to headline Belfast’s Belsonic in Ormeau Park on Monday, June 13th 2022 with their ‘The Legacy Of The Beast Tour’. Maiden will bring 'The Legacy Of...