Masked American heavy metal band Slipknot are set to peak at the number one spot on the UK Official Charts this Friday with 'WE ARE NOT YOUR KIND' the band's first studio LP in almost five years. The album is currently 13,000 chart sales ahead of Ed Sheeran’s ‘No.6 Collaborations.

Guitarist Jim Root noted, “This is the most time we’ve had to write a record, and work stuff out together. One of my inspirations this time around was those artists that recorded full-length albums - not just songs. While the industry is moving toward singles, SLIPKNOT wanted to make an album experience, front to back.”

“These days the art we are making comes with the highest reward because it’s taken the most time,” adds Crahan. “Almost four years to create this emotion and temperature, and the reward now is nothing short of salvation.”

SLIPKNOT kicked off their new cycle last October with the release of the standalone single, 'All Out Life.' Reaction to the track was staggering, with the official music video – also directed by M. Shawn Crahan – trending Top 10 on YouTube across the board for its first day on the band’s official YouTube channel. Since release, 'All Out Life' has racked up over 42 million YouTube views. 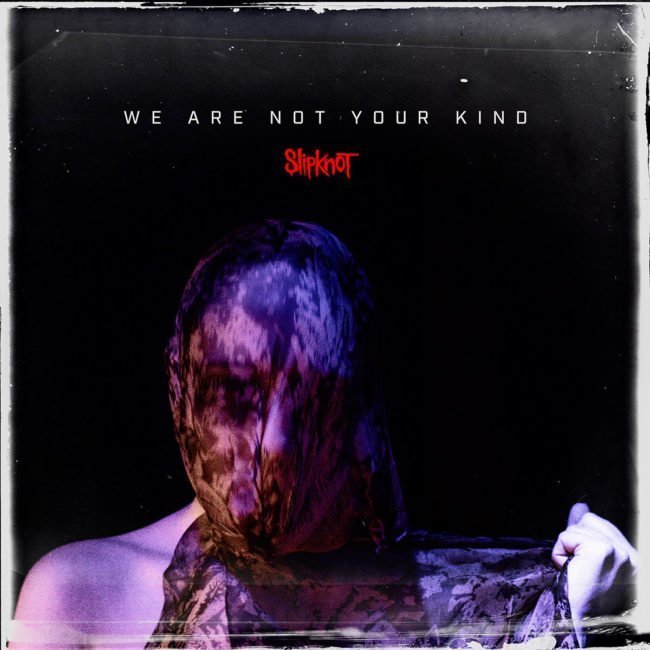 SLIPKNOT WE ARE NOT YOUR KIND RELEASE DATE: AUGUST 9TH

The multi-platinum, Grammy-Award-winning, masked beast that is SLIPKNOT will play The SSE Arena, Belfast on 15th February. After their triumphant return headlining this year's Download Festival at Donington Park, the metal icons return to these...

Ed Sheeran has announced his ‘+ - = ÷ x Tour’ (pronounced ‘The Mathematics Tour’), taking place in stadiums throughout 2022. Kicking off in April next year, the tour will see Ed play shows across...

The multi-platinum, Grammy-Award-winning, masked beast that is SLIPKNOT will play The SSE Arena, Belfast on 15th February, with special guests Suicidal Tendencies. After their triumphant return headlining this year's Download Festival at Donington Park, the...