Manchester Orchestra today released 'Telepath,' the third and final single from their forthcoming new album, The Million Masks of God, out this Friday, 30th April, via Loma Vista Recordings. The song’s stunning video—directed by Isaac Deitz, conceptualised singer/guitarist Andy Hull, and filmed in one long tracking shot—features dancers from ages 11 to 72 that trace the steps of a couple from young love through their autumn years.

“‘Telepath’ is ultimately about the ebb and flow of life long commitment to another person. Recognizing that even the best relationships in our lives can have extreme ups and downs,” explains Hull. “At the end of the day, it’s those that we have chosen to love and, more importantly, those that have chosen to love us that truly matter. This is my attempt to further commit for the long haul.” 'Telepath' follows both 'Keel Timing' and lead single 'Bed Head,' the latter of which just broke into the Top 10 at Triple A radio and the Top 30 Mediabase and BDS Alternative charts, while topping SiriusXM Alt Nation’s ‘Alt 18 Countdown’ chart at #1 for a third week.

To mark the new album’s release, Manchester Orchestra also announced Transmissions from Echo Mountain: A Countdown to The Million Masks of God, a 12-hour event broadcast from the Asheville, NC, studio where it was made. The band will check in hourly via their YouTube channel to uniquely reveal Masks, interacting with fans as they share exclusive content and performances, behind-the-scenes access, and more. Fans can tune in here on Thursday beginning at 5 pm BST to watch.

Produced by Manchester Orchestra’s lead songwriting duo of Hull and Robert McDowell, Catherine Marks (PJ Harvey, The Killers) and Ethan Gruska (Phoebe Bridgers), The Million Masks Of God presents an even grander scale of the epic and re-focused approach to record-making that the Atlanta, GA-based band has forged in recent years. Their sixth album finds Hull, McDowell, Tim Very (drums), and Andy Prince (bass) relentlessly pushing themselves to create a work that breaks beyond the scope and limits of every previous release in an effort to create their most towering achievement to date, all while sorting through the aftermath of a devastating loss.

The Million Masks Of God can be seen, in a way, as the band's sophomore album following a rebirth with Black Mile (which featured the band’s first #1 AAA and Top 15 Alternative radio hit “The Gold”), and Hull’s early concept for it was a natural extension of the main theme of its predecessor. “If Black Mile was this idea of ‘from birth to death,’ this album would really be more about ‘from birth to beyond, focusing on the highs and lows of life and exploring what could possibly come next,’” he explains.

Manchester Orchestra approached Masks with the intention of creating tightly-woven “movie albums” designed to be listened to in sequence and in a single sitting, with the songs working together to tell a bold, long-form narrative. The album explores the loose story of a man’s encounter with the angel of death as he's shown various scenes from his life in a snapshot-style assemblage. Some moments he witnesses are good, some are bad, some difficult, some commendable—in other words, they depict an entirely normal life. Ultimately, The Million Masks of God is a compelling, heady, and profound look at the impact a person’s life has on others.

“There’s a decision we’re faced with when experiencing loss and the inevitable grief that follows. Do we let it sink us? Try to ignore it and pretend it’s not there? Or do we search and dig until we find signs of beauty in life and all of its experiences?” explains Hull. “In a way, the grief will always define you but being together and creating something meaningful from all of the hardships has been the most helpful tool I’ve found." 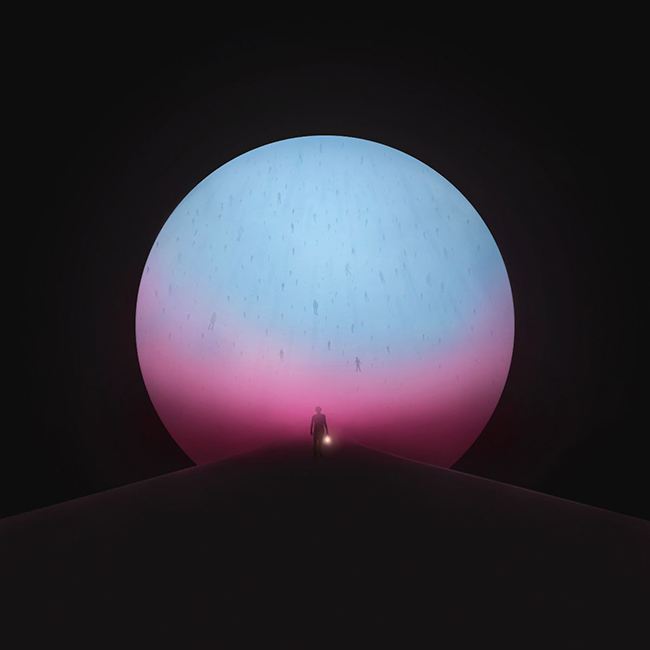 The Million Masks of God

Following the announcement of their 5th album A Black Mile To The Surface, and the release of its first single 'The Gold', Manchester Orchestra today share news of their first UK and European tour in...

Following a cryptic, 7-day countdown initiated upon the completion of last Friday’s live screening of A Black Mile To The Surface: The Global Concert Film, Manchester Orchestra today announce their new album The Million Masks...