The 1975 begin their UK & Ireland headline tour at Belfast’s SSE Arena in support of their critically acclaimed 3rd album A Brief Inquiry Into Online Relationships with support from fellow Mancs Pale Waves and Matt Healey’s regular collaborator No Rome. The 1975 have visited Belfast numerous times over the past few years and with each visit the venue has changed getting bigger to cater for their ever-growing popularity.

A taped version of The 1975 plays as the band appears on stage to open the show with Give Yourself a Try and receive a rapturous roar from the largely female Belfast crowd. I have never seen such an atmosphere in the SSE Arena it was incredible! A few songs into the set Matt Healy introduces the bands two new members – the brilliant Jaiy Twins dancers who accompany The 1975 frontman with all the dance routines. Matt Healy strolls along a treadmill against a New York City backdrop to recreate the music video for Sincerity is Scary – the stage show is nothing short of spectacular with multicoloured rectangles floating above the band. This was definitely a highlight for me. 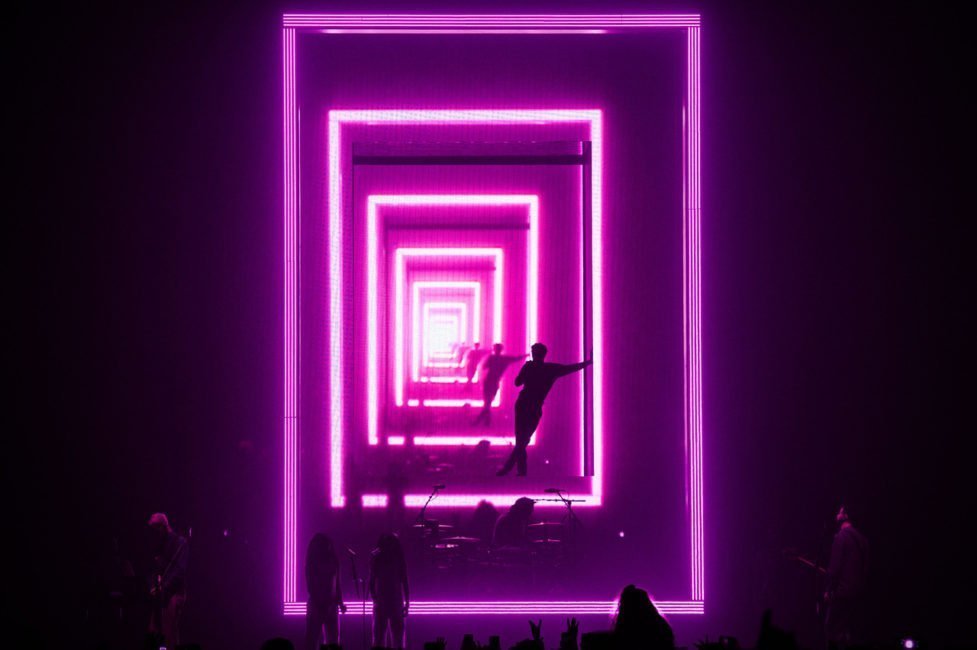 The 1975 frontman addresses the crowd personally “This is the first show it’s happening again I feel it and I like it. Who’s seen me before? We fucking love you Belfast.” The Manila-based singer and producer No Rome joins the band to perform their hit collaboration Narcissist as the Jaiy twins are elevated above the stage against a cloudy backdrop. The biggest roar of the night came from Somebody Else, the song for disenchanted lovers. 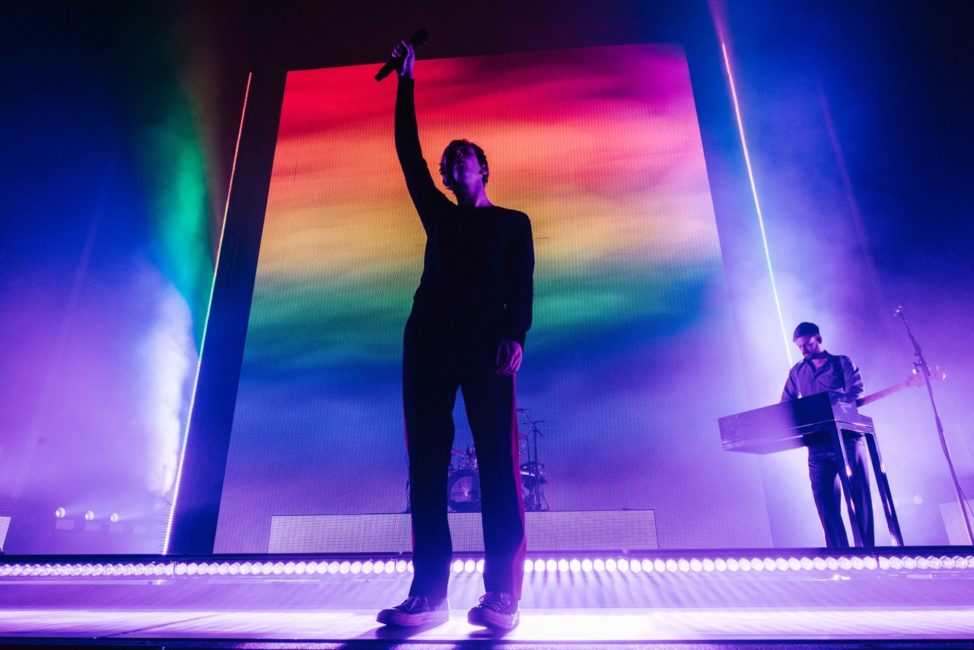 After a short break, The 1975 returned to the stage for a 4 song encore which included Love It If We Made It, Chocolate, The Sound and the classic anthem Sex closing off an amazing night. The 1975 are one of the most innovative bands musically and aesthetically around today – It’s incredible how far they have come. Matt Healy says “Its the best time of our lives.” And it definitely shows on stage – do not miss this show!

The 1975
(A Brief Inquiry Into Online Relationships version)

Give Yourself a Try

It’s Not Living (If It’s Not With You)

The Ballad of Me and My Brain

A Change of Heart

Narcissist
(No Rome cover) (with No Rome)

How to Draw / Petrichor
(Live debut)

Encore:
Love It If We Made It

PALE WAVES have announced a UK headline tour for September this year. The run of shows comes in the wake of their critically acclaimed debut album MY MIND MAKES NOISES, which was released in September […]

Pale Waves have unveiled the video for ‘Noises’. ‘Noises’ finds the band at their most visually inventive yet and follows the release of their latest single ‘Kiss’ and Pale Waves’ addition to BBC Radio 1’s […]

The 1975 have announced a 2019 North American tour in support of their forthcoming record A Brief Inquiry Into Online Relationships. The tour kicks off in March, following January shows in the UK and Ireland. Pale Waves […]