Latest News
Good Vibrations, written by Glenn Patterson and Colin Carberry and directed by Des Kennedy, opened at Belfast’s Lyric Theatre last night. The packed event was attended by actors, writers, poets, musicians and filmmakers from across the UK and Ireland. Alongside the team who produced and directed the film Good Vibrations (David Holmes, Andrew Eaton, Glenn Leyburn and Lisa Barros D’Sa), were Michael and Edna Longley, Ciaran Hinds, Johnny Logan and Derry Girls writer, Lisa Magee.
After a standing ovation and rapturous applause, the cast treated the audience to an encore of Teenage Kicks and invited Terri Hooley, Rudi and the Outcasts onto the stage. Terri Hooley’s impromptu speech ended with the rallying cry ‘The battle continues until we defeat the bigots.” 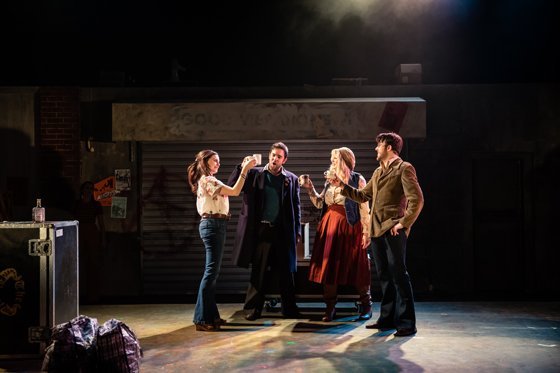 “I am so delighted that tonight in the Lyric Theatre we were able to open Good Vibrations by Glenn Patterson and Colin Carberry in a wonderfully vibrant production directed with such huge flair and vigour by Des Kennedy. It is an amazing story of how even in the most difficult circumstances the beauty of art, the power of music, the liberation of imagination can transform lives and point us towards a much better way. It was an extraordinary story on film and what the power of the stage adds is the sheer visceral energy of its liveness. You experience it like you were really there and feel every success and failure and exhilaration along the way. This is a superb cast with a magnetic leading performance from Aaron McCusker as the charismatic Terri Hooley. It is a production made with intense love and respect for the musicians, Terri, the people whose lives they helped transform and with the extraordinary city of Belfast.  It’s one of those legendary Lyric opening nights.” 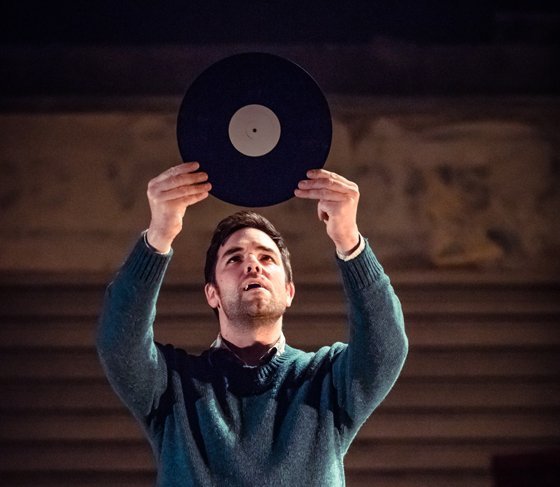 “Good Vibrations was born out of love of the power of music and its vitality, and the attraction of the stage is that you get this in the raw - the power of live music. We see the stage as a place that offers new possibilities and a chance to capture the theatrical excitement, the immediacy, and show this in its full potential. I feel even more so in 2018 than in 2013 that it’s a story of great relevance.  It is the story of Terri’s life, shop, label, but much more - it’s about a way of life.  The time and climate are right to celebrate all the things for which Terri stood – they are all the qualities you want to embrace.”

Good Vibrations will be directed by Belfast’s Des Kennedy, who has directed in Belfast, Dublin and is currently the International Associate Director of Harry Potter and the Cursed Child on both the Broadway and Australian productions. Des’s directing credits include Gulliver’s Travels and White Star of the North at the Lyric and Associate Director of Once: The Musical.”
DATES: 1st – 30th September 2018 - BOX OFFICE: 028 9038 1081 - WEBSITE: www.lyrictheatre.co.uk

The Lyric Theatre is thrilled to announce that as part of its 50th-anniversary programme and to celebrate the 40th Anniversary of Good Vibrations, the story of influential music promoter, producer and legendary founder of the...

Fairport Convention has been making great music for over fifty years. Credited with originating British folk-rock music, the band has been through many changes, but the current members retain a passion for live performance. This...

Long hailed as one of Ireland's leading songwriters and performers, Kieran Goss has collaborated with singer/songwriter Annie Kinsella on their debut duo album. Titled 'Oh, The Starlings', the record will be released worldwide on 1st...