Kings of Leon have announced that Inhaler and The Snuts are confirmed as special guests on selected dates across their 2022 UK arena tour. Tickets are on sale now from www.gigsandtours.com and www.ticketmaster.co.uk.

Upon release in March 2021, Kings of Leon’s eighth studio album ‘When You See Yourself’ became the band's sixth album in a row to debut at Number 1 in the UK. The setlists from the band’s Summer 2021 tour of North America included songs from all eight of the band’s albums.

Kings Of Leon’s new UK arena dates include their return to Manchester for the first time in over eight years and marks five years since the band's last performances in Birmingham and London. These will also be Kings of Leon’s first UK shows since headlining Reading and Leeds Festivals in 2018. 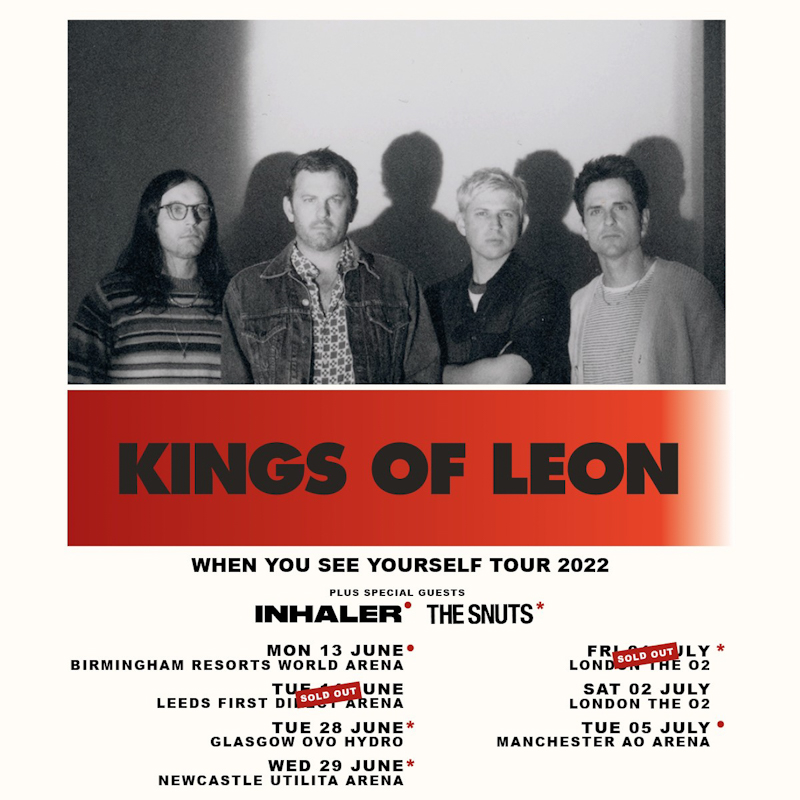 Inhaler has released the video for brand new single 'Ice Cream Sundae.' The track is the Dublin quartet’s first release via Polydor and is out now. A shimmering indie-rock anthem, a sense of melancholia lurks...

In the aftermath of the horrific and senseless terrorist attacks on Paris on November 13, 2015—in which so many innocent lives were taken at that evening's Eagles Of Death Metal show at Le Bataclan—it was...