Northern Irish singer-songwriter Janet Devlin has announced a September 2021 tour of the UK and Ireland, her first since 2016. Tickets will be available to purchase on Monday, November 30th at 9 am for mailing list subscribers, before the general on-sale at midday direct from Seetickets, with a limited number of Meet & Greet tickets at each venue also available from her website.

Janet will be appearing with her regular live band, plus a selection of special guests still to be announced. Fans can expect debut performances of tracks from her 2020 album ‘Confessional’, a handful of originals from her back catalogue, a few yet to be released songs, and no doubt the odd fan-favourite cover. As an extension of Janet’s IGTV “Confession Session” series, concert-goers will also be able to experience Janet’s mobile ‘Confessional’ booth and share their confessions (anonymously!).

Speaking about the newly announced dates, Janet commented, “I absolutely can’t wait to be hitting the road again in September 2021. By then it will have been five years since I’ve done a full national tour and I can’t begin to explain how much I’ve missed it! Releasing ‘Confessional’ during lockdown meant all my live in-person promo and shows just couldn’t happen. This was so heart-breaking for me because singing live is one of my favourite parts of this ‘job’! There’s nothing more awesome than playing new music for people and being able to see and hear their reactions. I’m hopeful that by September next year the world will be somewhat normal again or will have adapted to whatever ‘normal’ is – I’m just so pumped for live music again and to see everyone’s lovely faces!”

The announcement of the tour follows a busy few months from Janet; as well as releasing the climactic final music video for ‘Better Now’ taken from her ‘Confessional’ album, Janet also released a surprise EP called ‘Versions Of Better’, containing a multitude of reimagined versions of the song. The EP was followed by a special Halloween live stream on StageIt which outsold any of her previous shows on the platform and reinforced her place as one of their top-selling performers.

In other recent news, Janet has featured on a duet with legendary pop vocalist Engelbert Humperdinck on a version of Elvis Presley’s classic ‘Can’t Help Falling In Love’. Her OK!Good Records label mate’s festive EP was released 20th November and is available to stream on all major music platforms.

Also of recent note is Janet’s continued popularity across the board on her creator channels, notably TikTok (725k+ followers and 9.1M likes) and YouTube (89 million views). These figures are hardly surprising given the regular stream of engaging content, with some of her most popular no-holds-barred discussions on mental health catching the attention of multiple national publications, including Metro, Ladbible, Mirror, The Sun, Evening Standard. 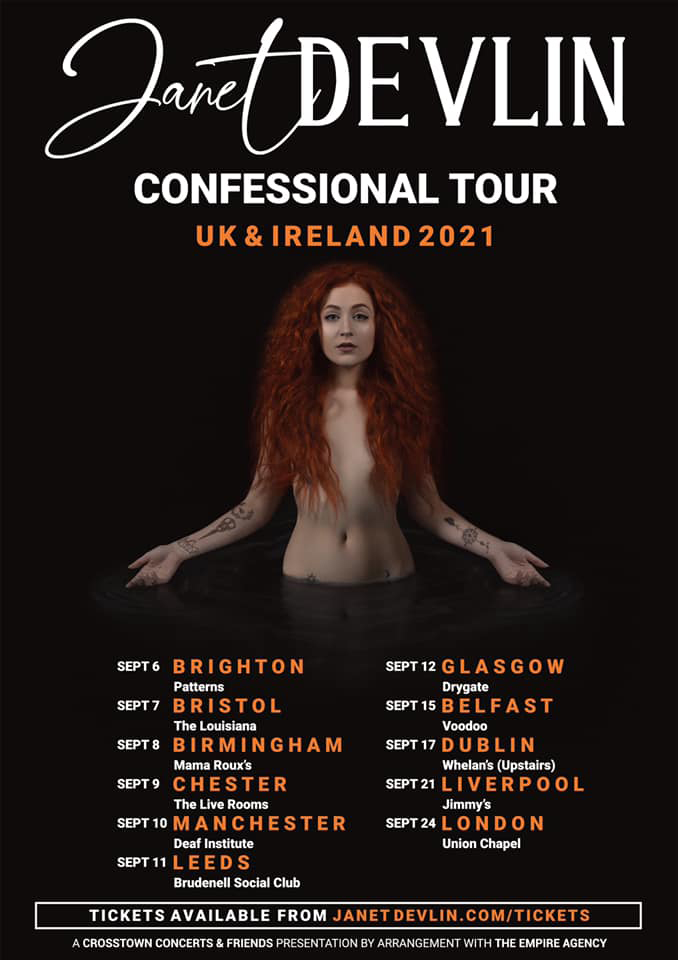 Following the release of her long-awaited sophomore album Confessional and autobiography My Confessional last Friday, Janet Devlin has released “Big Wide World” her newest single/ video which fully embraces the outside world and inadvertently takes […]