Even though each Mogwai record is different from previous ones, the effect is practically always the same -  meditative euphoria of sounds and musical forms the band has been exploring from the first days of their career.

Within your recent albums, it seems to me that you’ve been focused on exploring emotional passages, rather than musical forms. “As The Love Continues” is a perfect example of it. What defines the emotional colouring of each next record of yours?

SB: It’s a hard question to answer. Because we don’t really think about those things when we’re creating music, but I think you are right. I think a lot of the songs are more about a feeling than a certain sound or style. But to be honest, there’s not really a secret to it. It’s just how the things turned out. I’m happy you feel it, in that way! Because I think it’s very important.

Is the work process always the same for Mogwai or it logically develops – like your skills develop within each release?

SB: Yeah, I think as musicians you grow, and with experience, you get different skills and different sounds you can work with. I definitely feel things develop as the years go on, without a doubt.

Can you describe when you moved from exploring musical forms in this loud-quiet-loud-context and started exploring the emotionality, from an artistic standpoint?

Stylistically, “As The Love Continues” reminds me of your early works like “Come On Die Young” or “Mr Beast”. How do you feel, getting back to these tendencies you used to explore back then now?

SB: I’m really proud of those records. I think if we can do something as effective as that – I'm really, really happy. I think, “Come On Die Young” especially is a record that seems to have so much life. I think there are people that like that record that weren't born when it came out. So if we can do something with that kind of longevity, then I’d be really really happy.

Quite often, your songs sometimes remind me of meditation. Is there actually a certain state of mind you can normally write?

SB: I don’t really know! I think, to write music, you need to have a certain amount of peace. It's hard to write music like that when you’re busy, and there’re lots of activities going around. I definitely like to get some quiet. Whether that's actual quiet or just an emotional quiet or stillness to write that kind of music.

After you started your career, being a young band and looking for a style. Was it hard for you to find your way of writing, being in this band?

SB: You know, we were so young and so enthusiastic. We were so determined that it wasn’t hard at all. It actually seemed to come quite naturally at the time. I mean, we had lots of inspirations with bands like Joy Division and Sonic Youth that we really looked up to. But maybe, maybe, because we weren’t the most technical musicians, the way we played always sounded more like us than anyone else. I think that’s how it happened.

Within your songs' compositional structure, you quite often get to a place when all these layers of sounds sound like almost atonal. With “Midnight Flit” that includes amazing orchestral-type-of-arrangements. How do you choose the elements you add to a song-structure?

SB: I guess, with that, we had to be quite certain. Because it was quite a big operation to get that and get an orchestra and these things…But quite often we really do just trial and error to see if something works and see how it develops. Sometimes it doesn’t work, and you have to try something else. So…I think, we’re trying not to be too afraid of making mistakes because they’re easily unmade.

What was the process of writing and recording “As The Love Continues” album?

SB: It was affected by the pandemic because the pandemic started not long after we had been writing music for the album. So, we didn’t get together as a band until just before we recorded it. Before that, we were doing everything in our own houses, which was fine. We usually do that a lot anyway! But with this, obviously not being able to leave the settee or go out of the house for more than one hour. It definitely gave us more time to write music. And actually, it was good and gave us the focus to work on. So yeah, that was really good.

Do you think these what was going on with the pandemic affected the recording's sound on an emotional level?

SB: I'm sure it did. I think your environment always informs the music you make on one level or another. And for sure, all these things played a part.

Quite often, you use distortion so people can’t actually hear the words but their musicality. With “Ritchie Sacramento” you’re creating a certain catharsis using the lyrics. How do you see the function of the lyrics in the context of the music you’re making?

SB: I think it depends from song to song. On some songs on this record, they are very much just sounds or like another instrument. On “Richie Sacramento” they are traditional normal lyrics to be heard. I think it’s good to be able to use them for a multitude of reasons. It’s something interesting to do more with in the future.

But what pushes you to write lyrics for a song to create a certain context rather than leaving it as an instrumental?

SB: I think, really depends on the song. With “Richie Sacramento” it always sounded like it should have lyrics. And I felt that rather than make it very random actually to have a narrative and something more tangible this time. It wasn’t a very comfortable experience. But I think it’s quite important as an artist to put yourself in an uncomfortable position – from time to time.

Scoring work since it’s such a massive part of your discography. How different is your music creation process when writing music for a script rather than a conventional album?

SB: It’s very different! I think because you’re the part of a collaboration. I think that’s probably the main difference. But even the music itself if you’re trying to make music complement the film but not take too much attention away. Whereas, with our own music, we want it to function so that it can completely occupy your attention. So yes, it's very different.

Was there a particular time in your early career when you learnt to transfer your personal feelings to the language of music?

SB: I don’t think it’s something you can learn in one moment, to be honest with you. You always try to do it. I think it takes a while to get good at it. But it’s not something that happens in a moment. I grew up listening to really emotional music – like The Cure and Leonard Coen, and Nick Drake. I think, always in your mind, you think:  "I wanna do something as effective as that". It just takes a while to get there, but I don’t think it happens in a moment.

How it was for you to experience all these amazing bands living in the ’80s?

SB: It was really exciting. Yeah! There was a real exposure to independent music. I started paying attention to the music at the end of the ’80s. But there was so much good music – like Public Enemy, My Bloody Valentine, Dinosaur Jr and Jane’s Addiction. All these bands. It was really, really exciting. I didn’t actually appreciate it at that time. Cause, I think when you’re young, you think whatever’s happening is normal and will always happen. But it definitely seems to be quite a great period for music.

You started Rock Action Records in the ’90s and up to the “Special Moves” era it was not much but a sub-label for your releases and some of your surrounding releases. How was to move to Rock Action fulltime?

SB: Yeah, it was quite a big decision for us! Because you’re taking away a lot of safety of being on a big label. But I’m really really glad we did that. I think it created something bigger than just our record-label now that we are releasing records by The Twilight Sad, Kathryn Joseph and Arab Strap…I’m really really happy with it. It’s a good situation to be in!

What does “As The Love Continues” and the title, in particular, represent personally for you?

SB: I mean, it came from something that our drummers’ very young daughter said. I think it’s quite random which a lot of our song titles are. But I like the positivity of it, as well. 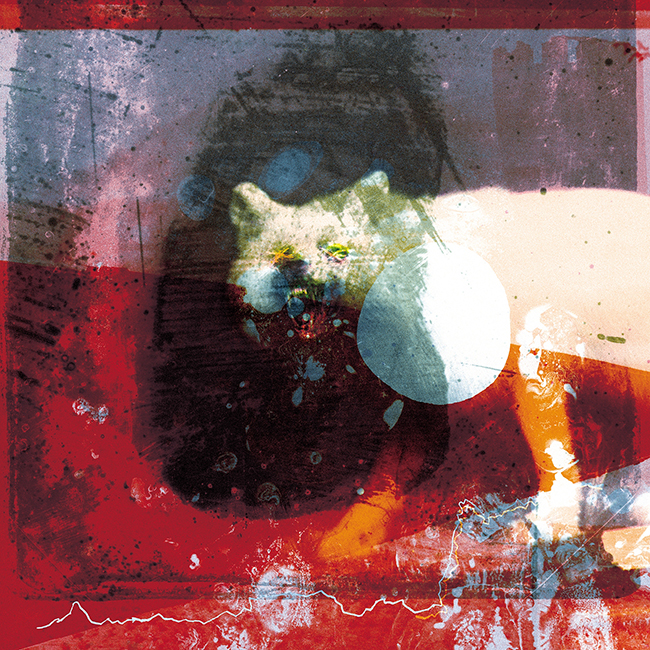 To The Bin My Friend, Tonight We Vacate Earth
Here We, Here We, Here We Go Forever
Dry Fantasy
Ritchie Sacramento
Drive The Nail
F**k Off Money
Ceiling Granny
Midnight Flit
Pat Stains
Supposedly, We Were Nightmares
It's What I Want To Do, Mum

Pre-order As The Love Continues here.

Mogwai plays a very special live performance premiere of their tenth studio album As The Love Continues, performed and recorded at Tramway in their hometown of Glasgow. The performance will be broadcast worldwide at 8 pm GMT, Saturday 13th February 2021.

Directed by the band’s long term collaborator Antony Crook, the broadcast will be the first opportunity to hear the new album in full alongside highlights from the band’s formidable back catalogue. Tickets are on sale now and available at www.mogwai.scot

Mogwai today announce the release of their tenth studio album As The Love Continues, due for release on 19 February 2021 (via Rock Action Records). The album was recorded earlier this year with producer Dave...

Welcome to the July 2018 edition of our monthly new music playlist, which is available to listen to and watch via YouTube. If you enjoy any of the songs featured here, we encourage you to...