Son of The Hound is guitar pop brainchild of Irish troubadour Michael McCullagh. Simultaneously melancholic and euphoric, his outsider anthems of life’s light and shade have fostered a connection with his fans. If you’ve attended one of Son Of The Hounds raucous live shows you will have witnessed the deafening sing-alongs, swaying hips and an audience hanging on to McCullagh’s every word. McCullagh has found a kinship with his fans who find solace in the romance of losing and hope in trying. Son of The Hound's debut album ’Cheers, Sound, Good Luck’ launches at Belfast's Limelight, 2 on Wednesday 3rd April. Mark Millar caught up with Michael to talk about the album and upcoming show.

Your debut album ’Cheers, Sound, Good Luck’ will be released soon. Did you go into the recording with any preconceived ideas how it would sound and what you wanted to write about?

Yes! I knew I wanted to record it with Ryan McGroarty in Start Together studios because I loved his recordings with his own band Beauty Sleep. I drove them around on tour a lot last year so myself and he had lots of talks about music production and realised we had similar tastes. There was a lot of air drumming and air piano along to The Waterboys Whole of The Moon. I think that sealed the deal.

Is there a particular song on the new album that you thought “this is why I’m doing this”?

Not really, I’m still not sure why I’m doing this. It’s financially crippling and emotionally exhausting, but there are upsides as well. Playing live is why I do it because it’s the best part of the whole process, but I guess 'The Also Rans' song thematically sums up why I’m doing it.

If I knew that I’d write a lot more songs! Some people have a process and are very prolific. I couldn’t tell you in all honesty. It usually starts with me picking up a guitar and walking around the house dicking about, or sitting at the piano and trying to figure out how to play it.

Did the songs come easily for the album?

Aye. I had a collection of about four songs finished and when I decided to do an album I set a date for it and then locked myself in a coat closet for a few months to write the rest. That’s no exaggeration. The album was written in a coat closet I converted into a home studio.

Absolutely, Ryan is gorgeous and I ate so much hummus I got sick. What’s not to love? It’s great hearing your ideas come to life. It’s like playing with lego.

To promote the album’s first single you filmed a six-part mini web-series called 'The Also-Rans'. It was a great idea and looked like you had a great time making it. Why did you decide to go down that route?
The honest-to-god initial reason was I hate doing music videos because they make me feel uncomfortable and also I couldn’t think of a decent concept for one so I decided to pitch this idea to my friend and talented filmmaker Colm Laverty. Myself and Colm have the same taste in comedy and he was keen to test out his skills. Once he was on board I asked Tony Wright who dove in completely and away we went. It was a lot of hard work but the best craic I’ve ever had.

Son of the Hound plays a headline Belfast show on April 3rd at Limelight 2 to launch the new album. Are you looking forward to playing for the always ‘up for it’ Belfast crowd?

What does that mean, always ‘up for it’? That sounds disconcerting. Is there going to be a ruckus? Nah there probably won’t be. A cursory glance through the ticket orders and I’m fairly certain none of these attendees will be trouble makers. If it’s anything like the last gig then I’ll be delighted. Everyone who was there was so friendly and supportive. What more do you want?

Do you think there is a healthy music scene in Northern Ireland now?

It’s hard to be subjective because I’ve never spent long enough in music communities elsewhere, but I think so. There’s something for everyone and from my experience, everyone is friendly and supportive of each other. Although I might be naive.

You host Mad Notions, a successful weekly podcast based on music myths. What is your favourite myth?

The story of Gram Parsons is one of those stories that is too weird to be false. It has everything, including stealing a hearse from an airport when drunk and burning a corpse in the desert. Gram Parson’s corpse experienced more in a couple of days than most people do in a lifetime.

It’s like playing lego with your friends when you were a wee kid. You get together and make something and there are no rules. You can make whatever you want.

Bruce Springsteen followed closely by The Beatles and Bob Dylan.

I haven’t been listening to much because I’ve been gigging lots, rehearsing lots and preparing for the album so my ears are exhausted when I have any time to myself. So I’ve been listening to the garrulous patter of pub chat over creamy stout and to be honest, I couldn’t recommend it enough.

I work at an underfunded inner-city school teaching at-risk kids that poetry is actually a form of rap and that Shakespeare was the original gangster. It’s very rewarding but also challenging as the superintendent is always on my case demanding I stick to the curriculum, but myself and the kids are planning a big performance at the end of year recital that’s going to blow his mind. I’ll not say too much, but I will say ‘Shall I Compare Thee To A Summer’s Day’ and ‘rapped over Run DMC’s It’s Like That’.

What’s next for Son of the Hound?

Probably going to record and release  'Shall I Compare Thee To A Summer’s Day' rapped over Run DMC’s 'It’s Like That' if I’m honest. 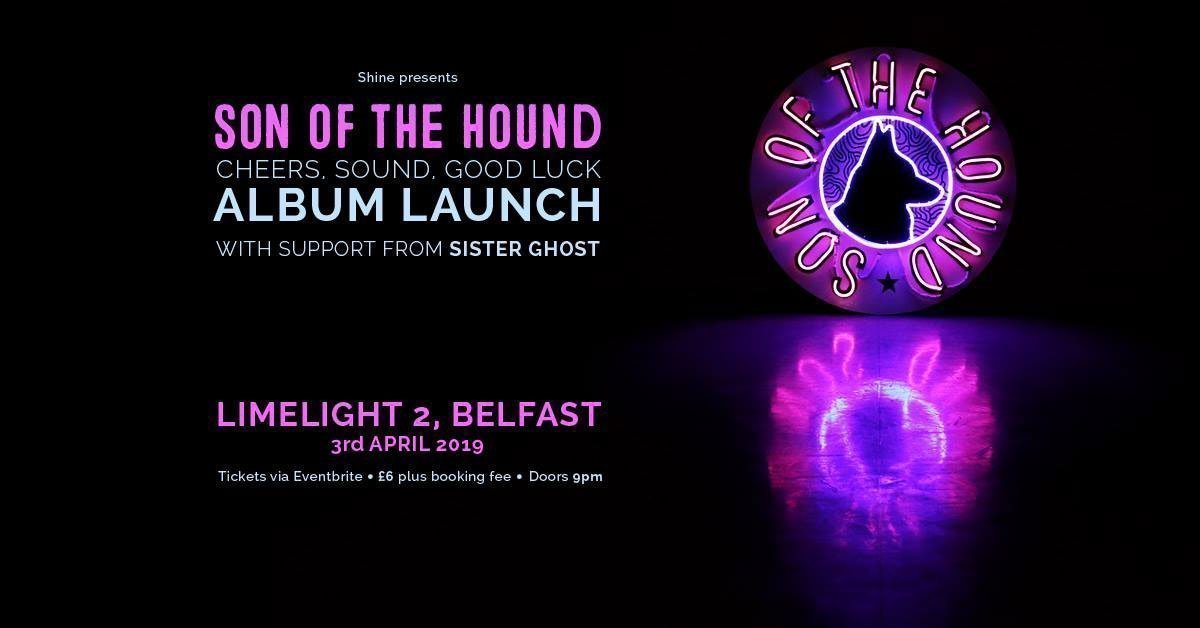 James Arthur today delights fans by announcing tours of both the UK & Ireland and North America in 2022. The tour includes dates at Ulster Hall on 28th March and Olympia Theatre on 29th March....

US superstar Nelly is pleased to announce a headline Belfast show at The Telegraph Building on Saturday 21st March 2020. Nelly hit the world with a bang when he emerged with his debut album 'Country...