Irish four piece rock/pop band Keywest play a headline Belfast show on Thursday 28th March 2019 at The Limelight 1 in support of their latest album, ’True North’ which was released in March last year. Mark Millar caught up with the guys to chat about the album and upcoming tour. 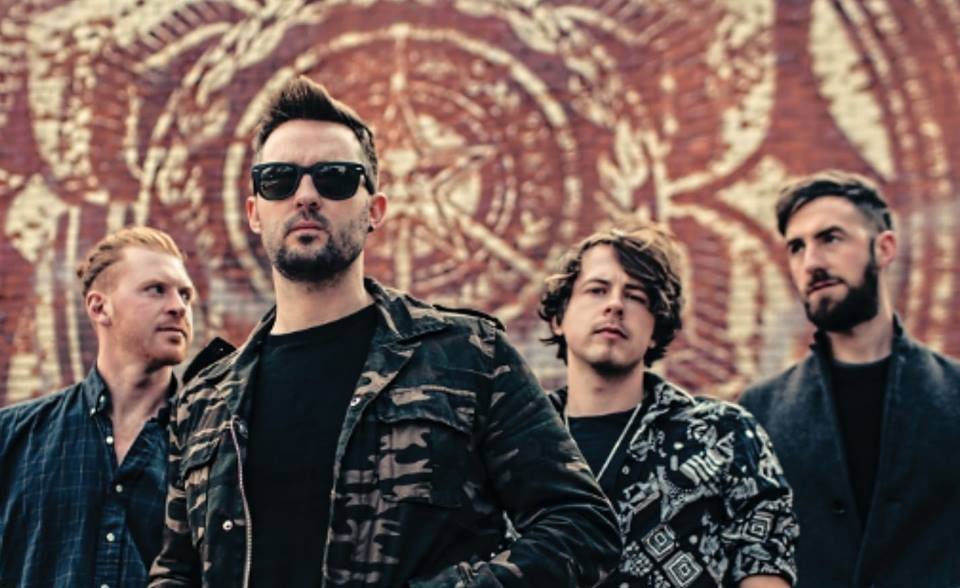 So how did Keywest get together?

Glover and Kav grew up together in Dublin writing songs, whereas me (Jimi) and Harry knew each other in music and friend circles in England and we all joined forces about 6/7 years ago through mutual friends.

You were prolific buskers back in the day. What were you’re best and worst experiences of busking on the streets?

Its easy to say that weather is the biggest factor for an enjoyable busk, we don’t always get the luxury of choosing busking days on weather reports, but, simple things like building a fan base in new territories just from playing on the street and then seeing them all come to your show is the reward for all the hard days playing in the cold.

Your album ’True North’ was released in March last year. Did you go into the recording with any preconceived ideas how it would sound and what you wanted to write about?

The writing is an ongoing process and we don’t care so much these days about how an album ‘sounds’ before we start, it just reflects our mood and feelings at the time that we do it. Our busking has really shaped our writing and sound in the fact that we are there to entice an audience and make people feel good, so if anything that’s the sound and content we are going for these days.

Is there a particular song on the new album that you thought “this is why we are doing this”?
What is your songwriting process?

Maybe individually there is between the guys, we often will write something, love it, and it’ll be just an idea on a phone for a while, and then after we record it and spend enough time with it you somewhat forget that original feeling it gave you, but then you’ll see someone hearing it for the first time and loving it and you’ll go..ah, ok, I remember that feeling and I’m glad I’m doing this.

Did the songs come easily for the album?

Yes, absolutely, we are constantly creating sounds and moods that turn into songs, most busking days or studio sessions start with us feeling out the energy that we brought that day, whether they become good enough for the album, well, that’s harder to say!

Yes, it was a quick turn around on this one, and we had a lot of material to draw from for this one if anything the hardest thing was choosing what not to include.

Keywest plays a headline Belfast show on Thursday 28th March 2019 at The Limelight 1. What do you enjoy about playing Belfast?

Its always been special playing in Belfast, the crowds have always delivered a great night for us, we wanted Belfast to be the first night of the tour as we knew it would be a great starter for us to feel good about the tour.

How does it feel being a new band in the current music climate?

We don’t feel like a new band, for us we have been playing music and doing this for a while now, but we definitely still go on stage each night like it’s our first show and love to make people want to be nowhere else. As for the current climate, maybe it’s getting rarer to see a newer band headline the big festivals, but, with streaming and the availability of music these days, its really exciting to reach so many people so quickly and so globally, which is partly why we can include so much of Europe into our tour now and its great to see people that only know us from Spotify coming to the shows.

I grew up with a lot of Hendrix, Chili Peppers, Doves personally, so maybe one of those.

I love to do photography in my spare time, so when I’m walking around a city taking pictures I’m listening to Kiasmos, so yeah, if you wanna relax and focus, I would recommend them, puts me in a good mood.

Photography, cinematography and video games are pretty high on the list, and being outside, at least when the weather is good to us.

What’s next for Keywest?

Keywest will be in a venue near you…sooner or later…

Keywest plays a headline Belfast show on Thursday 28th March 2019 at The Limelight 1.

Irish folk worship band from Northern Ireland, Rend Collective are pleased to announce a headline Belfast show at the SSE Arena on Saturday 24th October 2020 with special guest Phil Wickham. Amidst so much heaviness […]

Australian rock band, Dune Rats are pleased to announce a headline Belfast show at The Limelight 2 on Sunday, April 05th 2020. The trio recently released their new album, Hurry Up And Wait, in January […]