Brighton quartet FUR announces a headline Belfast show at McHughs Basement on Sunday 15th September 2019. The band released their new self-titled EP on February 14th on Nice Swan Records. Nice Swan has quickly become one of the country’s most exciting new labels and landing pad for early releases for the likes of Sports Team, Pip Blom and Sweaty Palms. Mark Millar caught up with the band to talk about the show and new music. 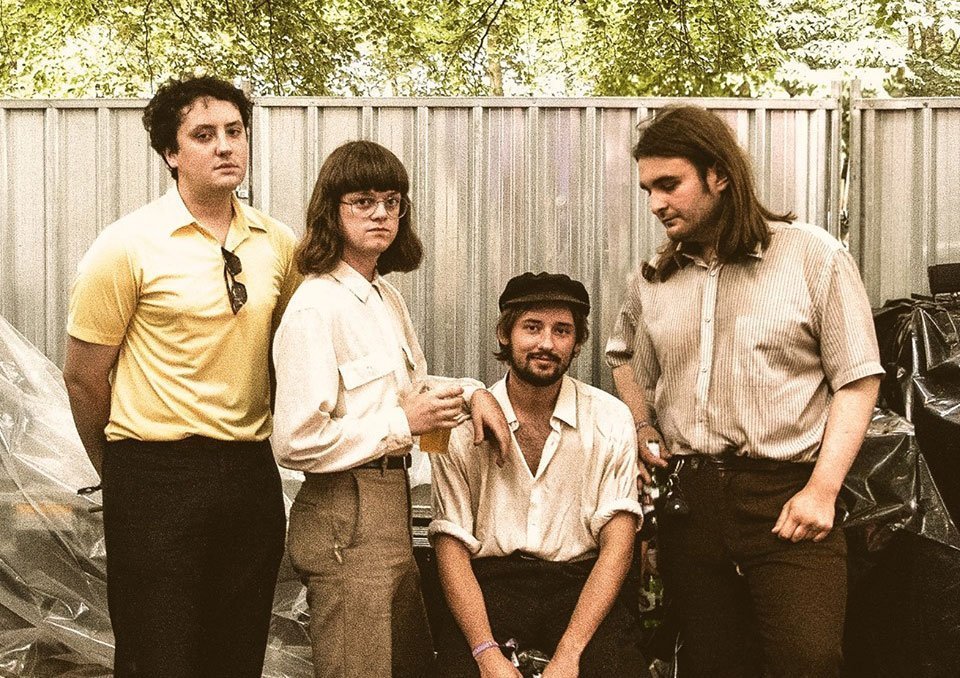 Fur plays a headline Belfast show at McHughs Basement on Sunday 15th September. Are you looking forward to playing for the always ‘up for it’ Belfast crowd?

We’re very excited, our best shows are when the crowds are really involved and energetic so if they're that up for it on a Sunday then we'll be really impressed, we usually just sleep all day.

Are you still able to find time to write songs on the road?

We find the time on the road more time to hone in nuances in the songs as they tend to take their final shape while touring them.

Fur has supported The Brian Jonestown Massacre. What was it like supporting them and did Anton Newcombe offer any advice?

For Tav and Murray especially it was a really special night, Tav had a chat with Joel who is a real good guy.

Fur released your self-titled EP at the beginning of the year. Did you go into the recording with any preconceived ideas how it should sound and the kind of songs you wanted to write about?

The songs had all been written and demo'd prior to recording, as with budget these days you don't have a huge amount of time to write in the studio as an independent band. We definitely had a clear vision on how it was going to sound and Andy Savours (My Bloody Valentine, Sorry) who produced it certainly helped us achieve that vision.

Is there a particular song on the EP that you thought “this is why we are doing this.”

I think every song really. The whole experience as a band has that effect otherwise we wouldn't be doing it.

Fur has released a string of singles and EP’s – when will you be putting an album out?

Hopefully, in the upcoming year, we just need to find the right people to put it out.

If you could change anything about the music industry, what would it be?

I feel like there's a lot more that could be done to support artists with mental health issues as touring can put a lot of pressure on people, but it's also something that applies to the world in general too.

Love = Being able to play to people and helping them escape their troubles to have a good night. Hate = Money is always a struggle.

69 Love Songs by The Magnetic Fields, such a unique album and it has some of the best takes on love and breakups. Recommend starting with the song 'Busby Berkeley Dreams'.

Iconic multi-platinum Los Angeles rock band Incubus have announced their first Irish shows in over three years which will see them play the Ulster Hall and Bord Gais Energy Theatre this September. Since their formation in 1991, Brandon Boyd [vocals],...

UK indie rock band Blaeavon are pleased to announce a headline show at McHughs Basement Bar, Belfast on Thursday 02nd May 2019. After announcing their second album with a heartfelt letter from frontman Ben Gregory,...