Young artists are often told to "have a plan," "know what the next six months, two years, five years, looks like." For many, it's a lot to wrap their heads around when all they want to do is write and perform their music. For Luke Jackson, forming a plan was his ground zero, and from the moment in 2016 when he decided to form Jaxson, he's been steadily raising his profile in Irish music.

Jaxson plays Belfast for the first time at the XS Noize/Tin Man Heart show on 22nd November in the Sunflower Bar. We caught up with Luke to chat about an explosive 2019. 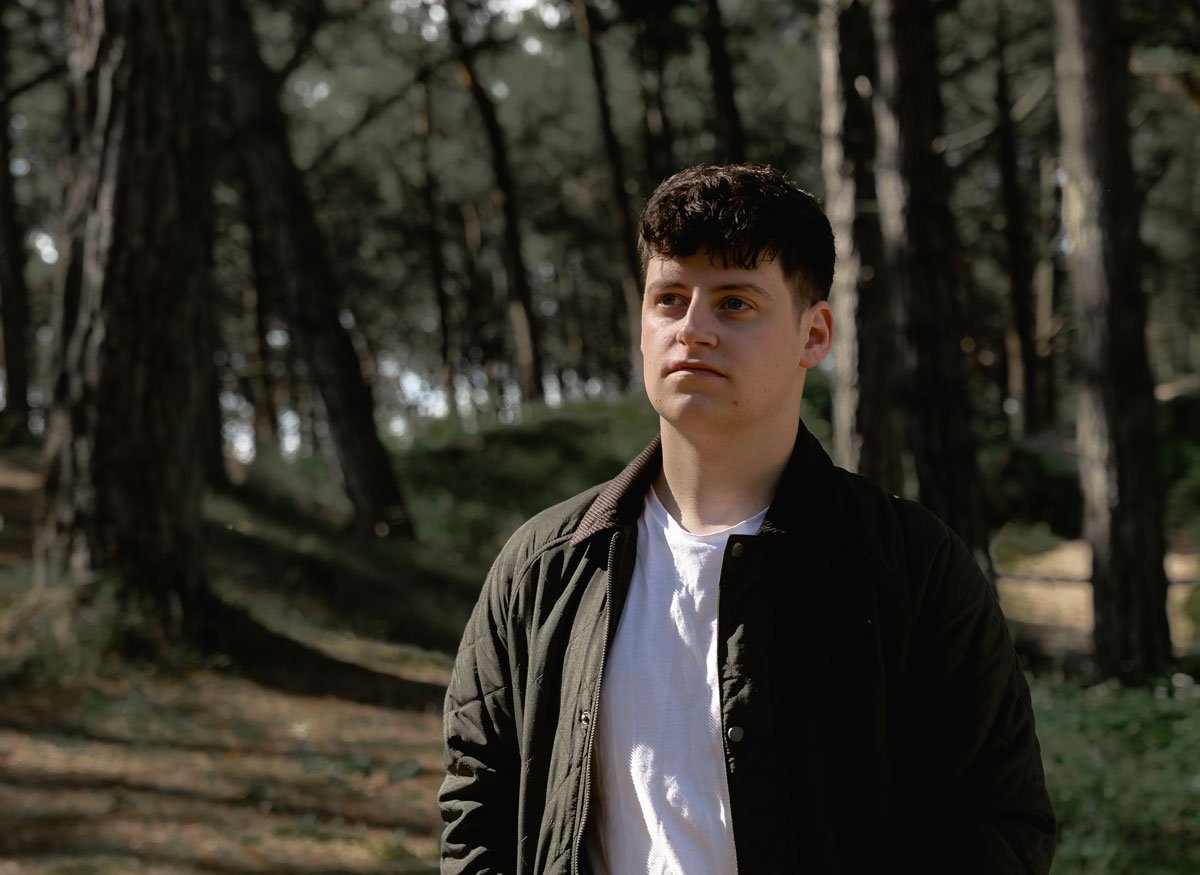 You first emerged as Jaxson in early 2017 - what did you do before that and what were the first steps you took in getting started as a solo artist?

Well, I was in a band before I became a solo artist, so the experience was there. I knew it was something I wanted to do. We called it quits with the band in late 2015 so I actually took the whole of 2016 to study the music industry and figure out what I had to do to make this my life. How does a record label work? What is a publishing deal? How do I get my music on the radio? How do I successfully release music? I said in January 2016 that I would release myself as a solo artist in January 2017 and I did just that.

Did you ever consider forming a band rather than striking out on your own?

I think that I enjoy having complete creative control. I'm a bit of a perfectionist when it comes to writing, which means not a lot of music I write actually makes it to my live set. My stuff is too personal to have anybody else that closely involved. My session band hear my songs closely in rehearsals, and they probably know what some of the songs are about but they respect me, so they don't quiz me on it, because they know it's personal. They're all amazing men!

Do you approach a solo show any differently to one where you’re playing with your band?

100%! Having the full band show is absolutely amazing but an acoustic or stripped back set is a totally different thing! I love both though. The full band set is so energetic and fills me with adrenaline but the stripped-back set brings out the emotion in the songs making it a completely different experience. I supported Aslan, solo, in Mike The Pies in Listowel earlier this year and it was sold out. You could hear a pin drop for my whole set and after I finished I went upstairs to the artist area and I actually just had to take a breather because it was such an emotional performance.

This year has been a huge year for you, with some great festival gigs over the summer - what was the highlight?

Ahh man! This summer was insane! It was my first proper experience of playing big festivals so it was all amazing! My performance at Indiependence felt like a bit of a landmark, just because there were a lot of people there and it was a huge tent! But I think my favourite personal highlight was at Kaleidoscope when we were driven to get some food by the artist liason and when we got to the food place, they pulled back this little curtain to reveal another room and sure didn't Tom Odell and his band walk out after having their meal!!

I'm a huge Tom Odell fan and he just greeted us as they were leaving. That was a very cool moment! But I think people coming up chatting with me and getting pictures after each festival set was probably the coolest thing and definitely a huge highlight for me.

Your latest single, 5 am (Look What You’ve Done), has been getting great reviews and support. It’s a bit of a different sound to We Were Born - what was the thinking behind the production of 5 am?

Yeah, it actually got a very cool review from a music blog in London, which was a first for me! About the song itself... I think I always knew that it was a little bit more alternative but I also knew that I definitely wanted to release it! It never left me. I was playing it live and I knew it had more potential. So I brought it to Darragh Nolan at Asta Kalapa Studios and he really worked his magic in bringing the song to life.

As a solo artist, when it comes to recording, producing and then playing live how important is it to have the right people around you helping? Did you ever struggle to get the right people in place on your team?

Having the right people is so important! I can't stress that enough. Okay, professionally you obviously need to have the right people on board with you but you need support on a personal level too, which I'm lucky enough to be blessed with! Professionally, I have my amazing band who always take my ideas on board and support me through my crazy moments. I've also recently started working with MCD and the rep I work with has an incredible work ethic and has done so much for me since we first met. My producer, Darragh, is an absolute wizard as well and I definitely think he has been such an integral part of this journey!

But the first year and a half was extremely tough. So it was definitely a struggle but you've got to work through those times. It's all about falling and getting back up again.

We’re chatting ahead of a tour you’re about to take off on, with the highlight being a headline show in Whelan’s on November 15th. What can people expect from the shows?

I've never been in a position where people are actually buying tickets to come to see my shows. To be honest, when I saw my name on a Ticketmaster ticket for the first time, I freaked out!! So, I'm pulling out all the stops for the headline gigs. There's going to be a lights show, I'm playing some new songs, I'm throwing myself into making this the best possible show I can make it so I just can't wait to get up on that stage!!!

Your gig with us in the Sunflower on November 22nd is your first in Belfast. Do you find it daunting playing for a new audience who’ve maybe never even heard you on local radio?

A little bit. I'm very excited to be in Belfast though, and to check out the culture and stuff! I know it's a city with a lot to offer and I've heard the Sunflower is an amazing spot. I'm shooting a music video when I'm up here on the 22nd too which means my first music video will be shot in Belfast. So I think it will hold a special place in my heart after this!

After the tour, what’s next for Jaxson?

I'm going to drink some Guinness, enjoy the holidays, and then start to plan to release some new music in 2020. I can't wait to release again! My goal at the end of every year is to be in a better position than I was the year before, and I can confidently say that I have reached that goal. It's something that I am proud of, and I think it's important to take some time to celebrate your victories, no matter how big or small. This time next year, I'll have to have topped what I've done this year so I can imagine it will be a jam-packed 2020. 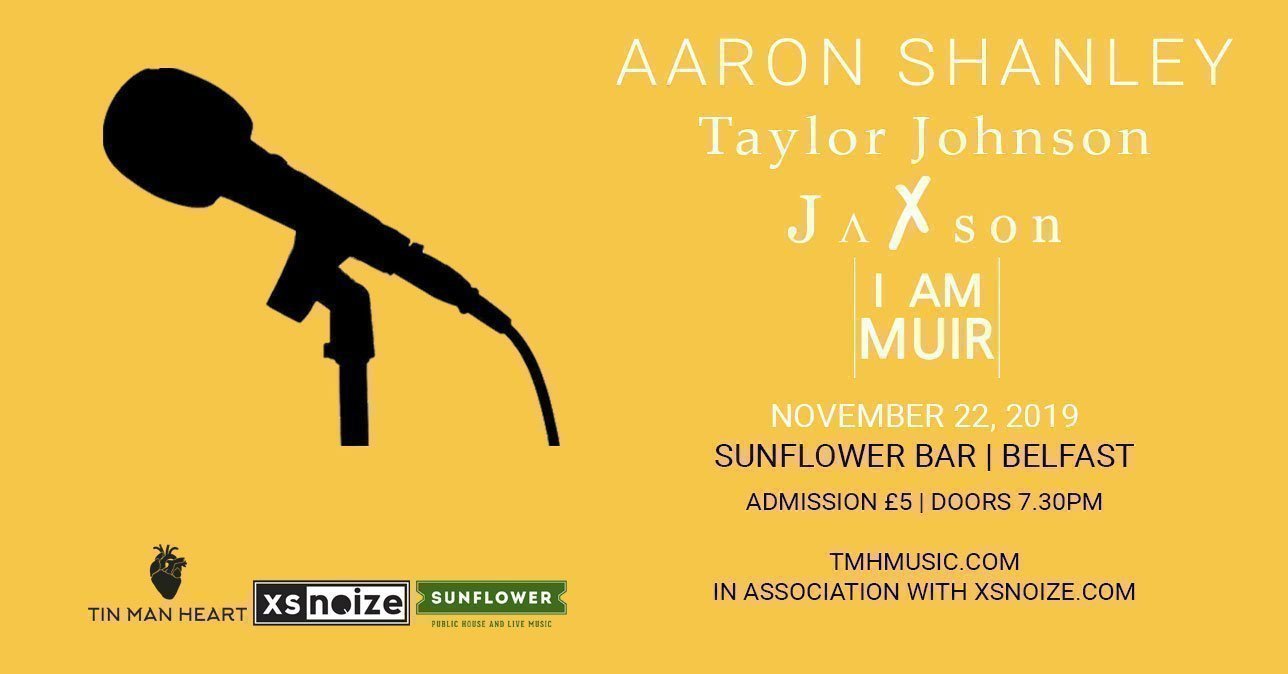 Glasgow born singer/songwriter, Joesef is pleased to announce a headline Belfast show at Voodoo on Sunday 19th April 2020. His debut EP ‘Play me something nice’ is out now. The elusive, soulful musician comes from...

Queen + Adam Lambert have today announced an extra UK show is being added to the band’s twice-postponed Rhapsody UK & European tour, now set for 2022, as well as additional dates in mainland Europe....

INTERVIEW: Fairy-tales, Trolls and Female Empowerment - A sit-down with HANDS OFF GRETEL

Sassy alt-rock/grunge-pop band from South Yorkshire, Hands Off Gretel play a headline Belfast show at Voodoo on Friday 14th February 2020. The four-piece have built themselves a solid live reputation, for a high energy shows...