On January 31, 2020, London Records will release brand new vinyl reissues of the first four era-defining Happy Mondays albums, their first vinyl pressings for many years. The reissues of ‘Squirrel And G-Man Twenty Four Hour Party People Plastic Face Carnt Smile (White Out)’ (1987), ‘Bummed’ (1988), ‘Pills 'N' Thrills And Bellyaches’ (1990) and ‘...Yes Please!’ (1992) have been cut from Factory Records lacquers and have been pressed on 180-gram vinyl. The iconic artwork from each album has been redrawn by the original designers, Central Station Design, and there are new sleeve notes by influential journalists, plus a download code giving exclusive access to rarities and remixes.

Since they emerged from the deviant streets of post-punk Salford on Factory Records in 1985, Happy Mondays have been the UK’s craftiest doyens of accidental, spasmodic genius. The nation’s premier rock ‘n’ roll pirates, who swerved the boredom, dodged reality and made something out of nothing. Something different from everything that had gone before. These important vinyl reissues from London Records celebrates the unique contribution of the incorrigible, maverick Mancunians. New sleeve notes by respected journalists John Robb (‘Squirrel And G-Man...’), Andrew Perry (‘Bummed’), Sylvia Patterson (‘Pills ‘N’ Thrills And Bellyaches’), and Miranda Sawyer (‘Yes Please’), offer a fresh perspective on each album and the Mondays ongoing cultural significance.

Happy Mondays, like the punks before them, turned chaos into culture. Both cackling lunatic delinquents and savvy musical scholars, they comprised Shaun Ryder and his dastardly wit, his brother Paul’s undulating basslines, drummer Gaz Whelan’s enigmatic beats, guitarist Mark Day’s intoxicating guitar lines and Paul Davis’ transcendental keyboards. And Bez, of course, with his onstage maracas and pterodactyl-winged freaky dancin’, who was (and remains) their one-off talismanic soul. 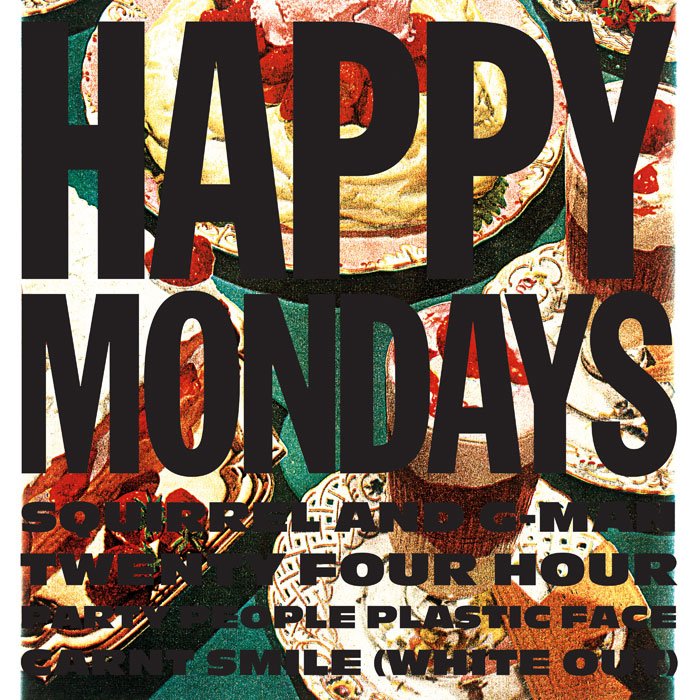 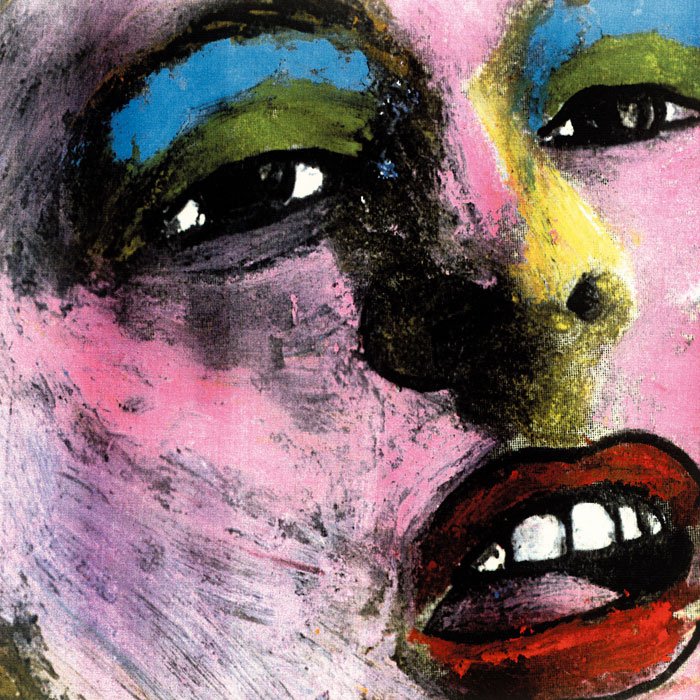 ‘Bummed’ was recorded during 1988’s Second Summer of Love at (former abattoir) Slaughterhouse Studios in Driffield, Yorkshire East Riding. Produced by Joy Division/New Order supremo Martin Hannett, his booze-berserk methods (a bottle of brandy a day) included roaring “do it again!” from beneath the console, while Ryder adopted his now-traditional writing position: on the floor, cross-legged, with A4 sheets of paper (fuelled by E and tequila/Asti Spumante slammers). What emerged was the first classic Ecstasy album of the late 80s, the Mondays finding their signature groove, a cinematic, sampled-up, art-rock opus brimful of deviant characters. 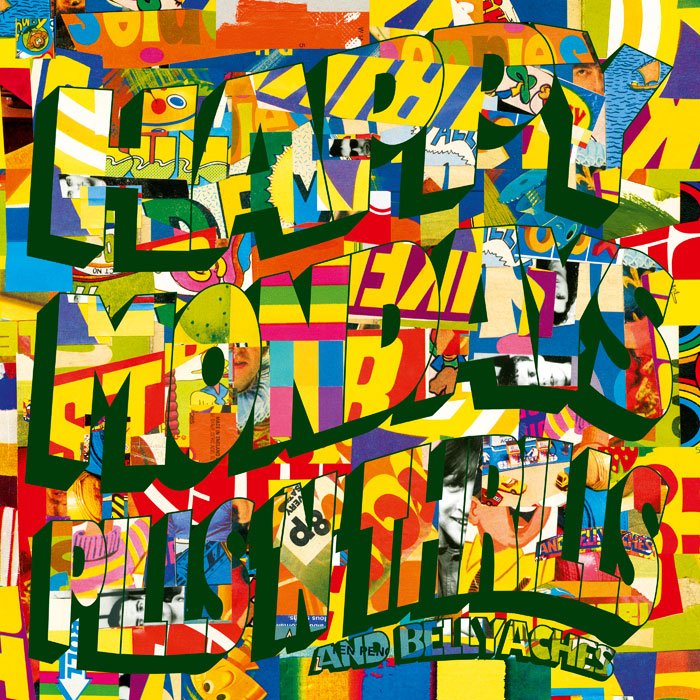 Fourth album, ‘Pills ‘N’ Thrills And Bellyaches’, was luminously produced by DJ vibe-smith Paul Oakenfold (Ryder’s inspired idea), their now double-grooved, art-funk euphoria significantly enhanced by incoming vocalist Rowetta, creating the perfect conditions for The Madchester Masterpiece. Recorded in Capitol Studios in sun-baked L.A, this was 5,000 miles and several dimensions away from an abattoir in Driffield, the sonic equivalent of the sweeping fingers of a tangerine sunrise bursting over the horizon. Their version of John Kongos’ ’71 psyche-blues single ‘He’s Gonna Step On You Again’ changed their lives forever, Ryder’s improvisational guile creating one of musical history’s most unforgettable lines, again written cross-legged on the floor, this time smoking opium: “You’re twisting my melon man, you know you talk so hip man...” (a line plundered from hip-talking movie legend Steve McQueen).

‘Pills ‘N’ Thrills’ was a No.4 hit album, the sometimes outsiders now residents in a freshly corrupted mainstream which crowned them The People’s Champs. So they did what only true pop pirates would do: not only abandon ship but sink it.

It was all Tony Wilson’s idea. To fly the Mondays 4,000 miles away from Manchester’s heroin-buckling influence to Barbados, to Eddie Grant’s Blue Wave studio to record the Mondays fourth album ‘...Yes Please!’ With new producers (and former Talking Headers) Tina Weymouth and Chris Franz, the band sculpted warped Caribbean calypso, eerie dub reggae and sparkling, propulsive percussion, while Shaun ‘n’ Bez went AWOL. A series of calamitous vehicle accidents saw the bird-winged Freaky Dancer temporarily flightless, metal stalagmites poking out from an alarming robocop arm brace. Ryder, by then, was crumbling, filling a post-heroin void with the island’s ubiquitous crack stash, lyrically stymied until his return to Manchester and a successful spell in rehab. 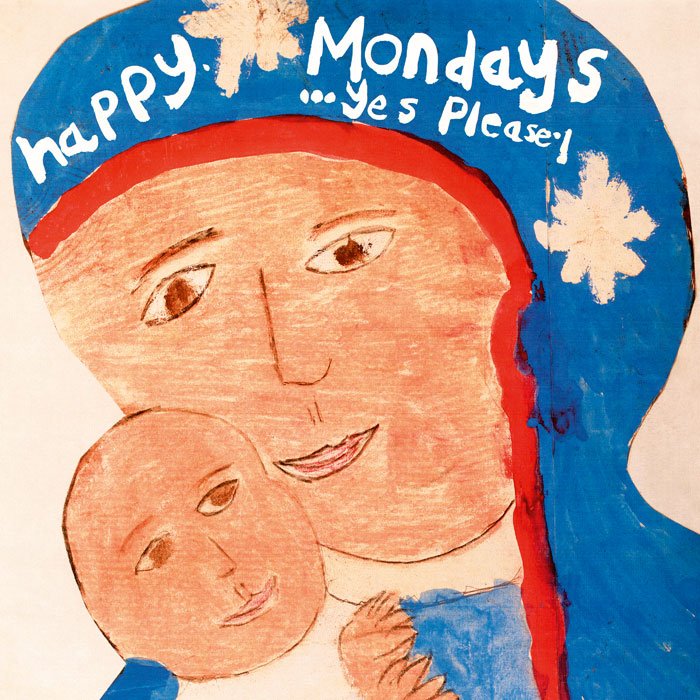 ‘...Yes Please!’, nonetheless, is a stunning work, not in spite of its chaotic backdrop, but because of it, the sound of a band not going gently into that dark night, a heroic, energetic, tenacious fight-for-air. Ryder’s anxious lyrics and crocked delivery – both whispery and shouty – were an open-wound surgical study into the nature of addiction and breakdown. The album finished off the Mondays and sunk the bankrupt Factory Records forever, but its scattering shards remain an impressionistic Picasso of a last-gasp, crash ‘n’ burn album. Best of all, they wouldn’t have had it any other way.

Today, Happy Mondays have reformed several times, no one died and this autumn/winter has seen them play their immortal Greatest Hits on a headline tour across Britain. The most uncontrollable renegades of all the Manchester giants proved, ultimately, the most indestructible.

James have announced a huge arena tour for November and December 2021 with very special guests Happy Mondays. The new dates mark 33 years since the two Factory label mates toured together back in 1988...

BLACK GRAPE To Release Three Disc Deluxe Edition Of 'It's Great When You're Straight....Yeah'

On November 4th Radioactive/UMC will release a three-disc Deluxe Edition of one of the greatest British albums of the 1990s, Black Grape’s It’s Great When You’re Straight…Yeah. Black Grape was founded in 1993 by legendary...

20th March will see 4AD repress two more albums from Cocteau Twins on vinyl - their 1982 debut Garlands and 1986’s Victorialand. This means that with the exception of The Moon and the Melodies (their...