Dublin five-piece Fontaines D.C are pleased to announce their biggest Belfast show to date with a headline show at Custom House Square on Friday 13th August 2021.

Barely a year after the release of their hugely acclaimed debut album ‘Dogrel’, which earned a Mercury Prize nomination and Album of the Year 2019 at both BBC 6Music and Rough Trade record store, Dublin’s Fontaines D.C. have returned with an intensely confident, patient, and complex follow up album. ‘A Hero’s Death’ arrives battered and bruised, albeit beautiful – a heady and philosophical take on the modern world, and its great uncertainty. 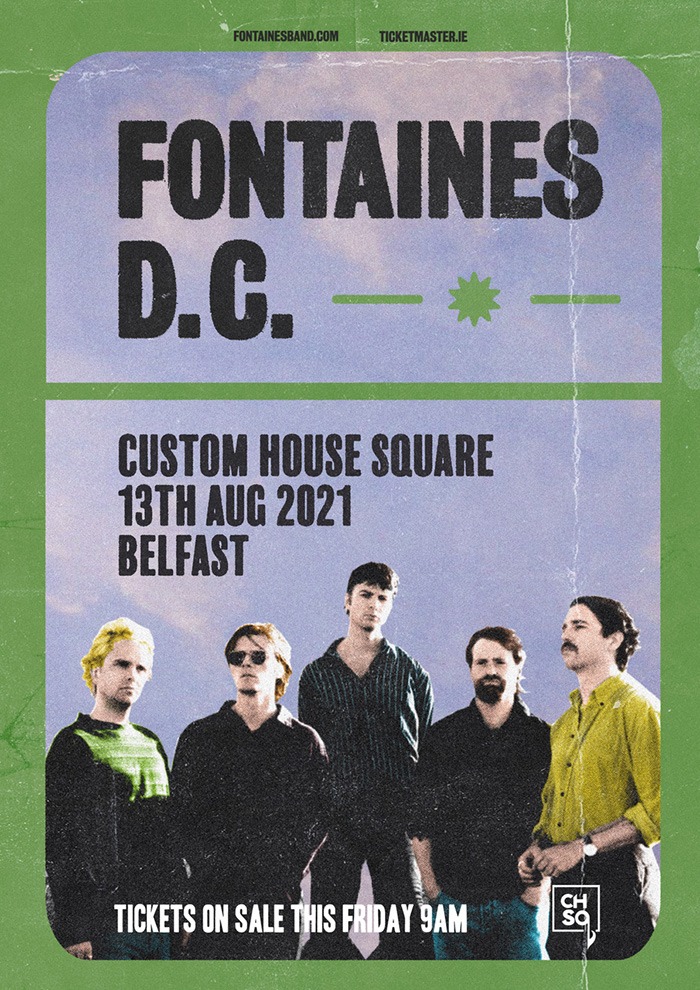 Irish folk worship band from Northern Ireland, Rend Collective are pleased to announce a headline Belfast show at the SSE Arena on Saturday 24th October 2020 with special guest Phil Wickham. Amidst so much heaviness […]

IRON MAIDEN will return to Northern Ireland next year to headline Belfast’s Belsonic in Ormeau Park on Monday, June 15th for what will be one of only two homecoming UK festival shows in 2020. They’ve spent […]

The biggest UK breakout star of 2017 Rag’n’Bone Man (AKA Rory Graham) has announced a headline show at Custom House Square on Friday, August 24th, 2018. With the release of the single‘ Human’ climbing to […]