Following the sell-out success of the 2015 Shiiine On Weekender, the festival which showcases the best of indie and dance music, alongside some of the best up and coming new bands, returns in 2016 with another stellar line up.

The 2016 edition sees Echo & The Bunnymen, Shed Seven, Cast, Black Grape and The Bluetones play the event for the first time whilst one of the stand out performers from last year, The Wonder Stuff, triumphantly return. The main stage also sees performances from very special guests House of Love with further announcements to come over the next few months.

The dance stage once again hosts some mouth-watering acts. Paul Hartnoll will be closing the event, playing a 90-minute set of new material and Orbital classics. Paul will be joined by Utah Saints and the main man himself Eddy Temple Morris. Bentley Rhythm Ace make a live return on the Saturday joined by DJ sets from Will White (Propellerheads) and King of the beats Cut la Roc. 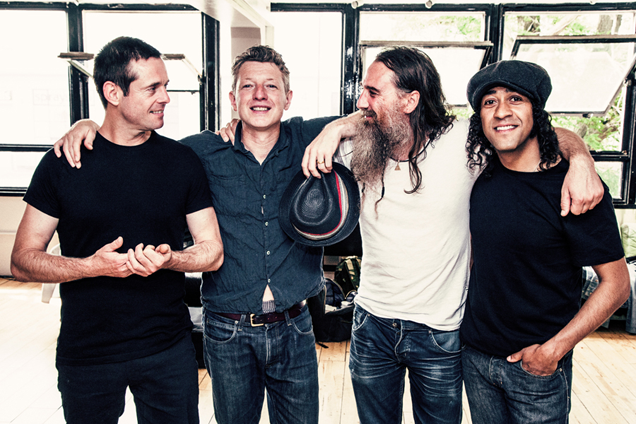 Exhibitions and Pool Parties are to be announced in due course too with a lot to live up to following the now legendary Bez’s Pool Party and Pete McKee’s Thud Crackle Pop exhibition. Tickets at early bird prices are on the verge of selling out and with the latest line up announcements a sell-out is expected.

There are two warm up events in Liverpool and London at the start of March 2016 showcasing a number of the bands that played last year including The Winachi Tribe, Tram Beat and Deja Vega.

Festival tickets can be purchased HERE

All packages include 3 nights’ accommodation and music.

Places can be reserved with a £45 deposit per person.

I had such a superb time at last year’s Shiiine On Weekender in Minehead. Such an appreciative, up for it crowd too. It was a joyous weekend full of smiling faces.

We really had a great time at Shiine Weekender, the crowd were fantastic and really up for a great weekend. The set up and organisation were superb, I would highly recommend it.

Shiine On was a blast. Everybody wanted a party on the last night and I got lucky being the DJ to keep it all going. Great bands, great people and a great time. Roll on the next one.

Butlin’s Minehead is an enormous entertainment complex in the heart of Exmoor in Somerset overlooking a beautiful beach. The festival venue has all the laughs you would expect from a holiday resort including a giant water park, funfairs, dodgems, arcades and a cinema all of which are open to fun loving festival-goers. All the onsite accommodation is included in the ticket price and located within walking distance of the indoor music venues. Each of the main stages has superb bar facilities and there are also various pubs, sports bars, restaurants and shops on site. This means festival-goers can focus on enjoying the music – regardless of the weather! Head to www.bigweekends.com for more information on the resort and accommodation and to book your tickets.

The event is over 18s only.

VIDEO PREMIERE: Mark Morriss releases ‘Holiday of a Lifetime’ ahead of fourth solo album ‘Look Up’

Black Grape reveal the video for ‘Pop Voodoo’ the title track and lead single from their forthcoming album, out 7th July. ‘Pop Voodoo’, will be released on UMC (Universal Music) on 7th July 2017. The […]

ECHO & THE BUNNYMEN have released a reimagined version of BRING ON THE DANCING HORSES, streaming everywhere from now and available immediately as an instant grat via iTunes and the band’s official artist store.  Originally […]