Today, Dry Cleaning are delighted to announce details of their debut studio album and have shared a new single 'Strong Feelings'.

With lyrics preoccupied by themes like dissociation, escapism, daydreaming, complicated feelings of love, anger, revenge, anxiety, the kitchen, lethargy, forgetfulness, and survival, Shaw says, “the title is ambiguous; a new long leg could be an expensive present or a growth or a table repair.”

New single ‘Strong Feelings’ is a love song, of sorts. Shaw says, “it’s about secretly being in love with someone who doesn’t know it, and Brexit’s disruptive role in romantic relationships.” Its accompanying visuals, directed by guitarist Dowse, came about after Google searches brought together an informational video on road-building basics from New Zealand and Massachusetts-based glitch artist, Sabato Visconti.

Watch the official video for 'Strong Feelings' - BELOW:

Dry Cleaning was formed by friends Tom Dowse, Nick Buxton and Lewis Maynard after a karaoke party in 2017 inspired a collaboration. They wrote instrumentally to begin with until six months later Florence Shaw, a visual artist, university lecturer and picture researcher by day – with no prior musical experience – turned up to a band rehearsal armed with reams of her own collected writing and a copy of Michael Bernard Loggins’ Fears Of Your Life to read out over the music. Before long she was the group’s frontperson, contributing words of her own, and serving as the perfect foil to the band’s music. 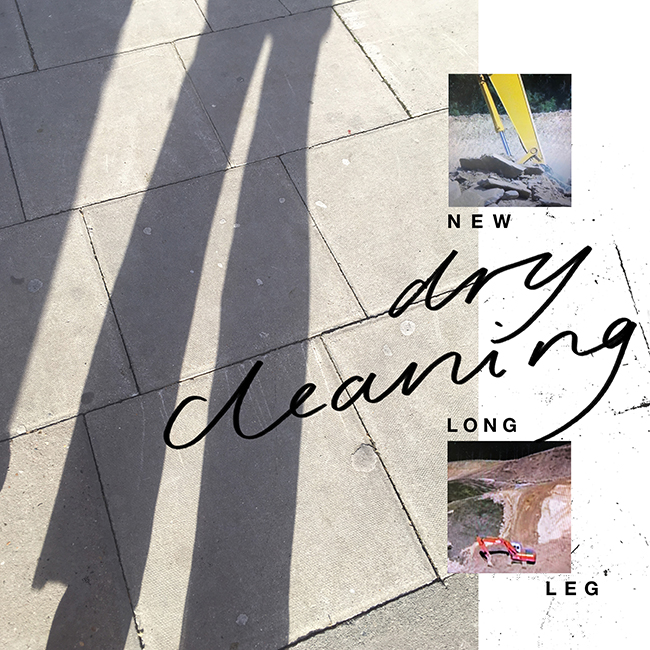 New Long Leg will be released on 2 April digitally and on CD, cassette, standard black vinyl and limited-edition yellow vinyl. The first 150 customers to pre-order New Long Leg from the 4AD Store will receive a 12”x12” print signed by the band, whilst selected indie retailers are offering a 7” vinyl of ‘Scratchcard Lanyard’ (b/w non-album track ‘Bug Eggs’) with pre-orders. For more information, head to here.

In support of the debut album New Long Leg, Dry Cleaning have announced details of their long-awaited headline tour. The London-based band will play 14 shows across the UK and Ireland in Spring 2022.  February...