London-based trio Dream Wife – Alice Go, Bella Podpadec and Rakel Mjöll – released their self-titled debut in 2018 to critical acclaim, earning support slots with the likes of Garbage, Sleigh Bells and The Kills, sold-out international headline shows, secured syncs in shows like Orange is The New Black, all the while using their platform to lift up other womxn and non-binary creatives with empowering messages and their “girls to the front” ethos.

Now, the band announces their explosive second album, So When You Gonna…, dealing with topics such as abortion, miscarriage, and gender equality, and produced entirely by a non-male team of producer and mixer Marta Salogni (Björk, Holly Herndon, FKA Twigs), engineer Grace Banks (David Wrench, Marika Hackman) and mastering engineer Heba Kadry (Princess Nokia, Alex G, Beach House). While it touches on important themes, there’s also an immediacy, a ‘now or never’ excitement that exists right at the core of this record, that encourages you to stop waiting and start doing. The album title is a play on that central idea. “It’s an invitation, a challenge, a call to action,” says Mjöll. So When You Gonna… will be released on July 3rd.

o celebrate the album announcement, Dream Wife share the album’s lead single “Sports!” Having played almost 200 shows across 2018, the band forgot how to sit still, and turned to playing sports together while writing the new album. “Sports!” an ode to those moments in which they needed to expel some post-tour energy. It’s an absurd, playful, moreish track, full of colourful guitar flourishes and winking vocal asides. The band self-directed and self-produced the music video as well, and you can read more about it below. Check out the song and incredible music video - BELOW:

“Sports! sits on multiple levels; of satire and celebration, of nonsense and commonsense, of the body and the mind, of IRL and digital. The video simultaneously plays with and celebrates 'sports' through multiple levels of reality and non-reality; exploring the nonsense of sports, toying with the seriousness of competition and the rigidity of rules while also asserting how important it is to be in your body, the joy of being in a team, the purpose in doing something for the sake of doing it, the endorphins and the sweat.

Playing sports is great if that's for you but there are so many other ways to be physical, to be with your body. For us, more often than not, it’s the rock show. Rock n roll is an extreme sport and we're a team.”

Dream Wife have always been outspoken about holding up other womxn and non-binary people in the creative industries, but these aren’t just words or sentiments. With a gender divide in music production currently estimated at around ninety-five per cent male to five per cent female, the band have-- as they say in “Sports!” --"put their money where their mouth is”. It’s not just about working with a community of people they respect, it’s about encouraging the next generation of creatives, too. Which is why So When You Gonna… is also the name of Dream Wife’s new podcast series. Each episode is a one-on-one interview with a different creative about how exactly they managed to hone their craft, for example, So When You Gonna… Get Into Production. “It’s an informative thing to feedback to our fans to be able to see about getting into certain industries. It’s about fostering communities. And it’s a skillshare,” explains Go.

“It was amazing to work with this community of womxn on this album who are supporting each other in an industry that is so male-dominated. It was a way of us practising what we preach. It felt like an honour to be able to deliver this baby with these three amazing midwives,” says Go. Podpadec adds, “What would you call the opposite of gate-keeping? Facilitator? Enabler? It’s all about opening the gates.” 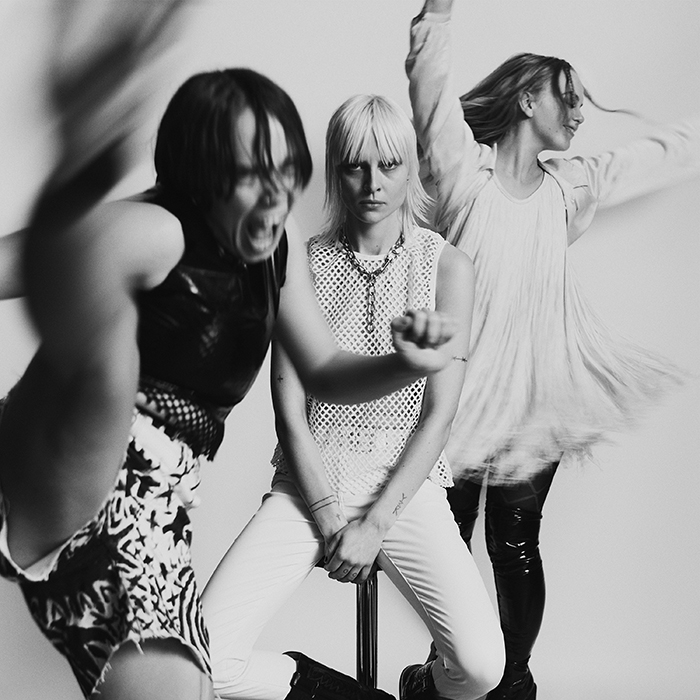 So When You Gonna…”  Track-list:

Catch Dream Wife live at one of the tour dates below and get your tickets HERE.

DREAM WIFE is gearing up for the release of their long-awaited self-titled debut album, which will be released later this month on January 26th through Lucky Number. Today, they share new single ‘Hey Heartbreaker’ alongside...